Visit Saratoga.com For Everything Saratoga
Enter Giveaways Advertise
Home  »  Uncategorized  »  Things To Do During The Colder Months in Saratoga

Saratoga is known as the summer place to be. However, the fun doesn’t stop once the leaves have fallen. There are several big events and a variety of activities to take part in as the temperature drops. Take a look! 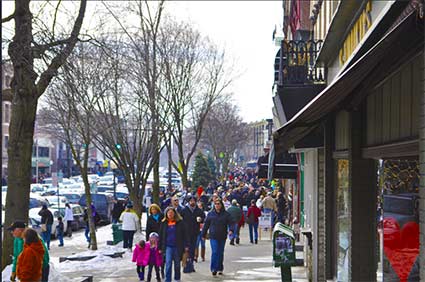 Thousands of people flock to Saratoga just for the city’s First Night celebration on New Year’s Eve. There will be a First Night 5K and over 70 music, art, comedy and kids events taking place throughout the evening at various locations in downtown Saratoga Springs. In addition to fun performances and events, an incredible fireworks show will kick off at midnight.

Further along in the winter is every foodie’s dream… Chowderfest! This popular event is marked for Saturday, February 6th and you will not want to miss it. Chowderfest takes over the city with samples from a variety of Spa City’s fantastic eateries, live entertainment and more winter fun.
In addition to popular events, Saratoga is also a great place to visit for winter activities. There are several cross country skiing and snowshoeing trails in Saratoga and surrounding areas. Saratoga Spa State Park is home to nearly 12 miles of trails to take in the beautiful winter scenery. There are also several other fun and scenic spots to cross country ski at in neighboring regions. The Battlefield at the Saratoga National Historic Park is a great spot to hit the trails during the winter.
What better way to spend a winter day than by skiing down one of the area’s beautiful mountains? For those seeking more adrenaline fueled winter activities, there are several mountains near Saratoga perfect for downhill skiing and snowboarding. From Willard to Gore, there’s a mountain for every skill level.
Not sure where to stay? One of our favorite spots to cozy up in during the winter months is Longfellows. From the inviting fireplaces in the restaurant to the warm, welcoming guest rooms, it’s the perfect place to come home to after a long day on the slopes. Sore from skiing? Pamper yourself and relax with Longfellows’ Indulgence Package which includes Swedish massages, spacious guest rooms and more! Looking to explore Saratoga’s famous downtown? Longfellows provides free shuttles to Broadway so you don’t have to drive in the slush or attempt to find a parking space.
We hope to see you this winter season in Saratoga!