Some restaurants in the area will be making some changes to their pricing, their tipping policies, or even their staffing to adjust to the new regulations. 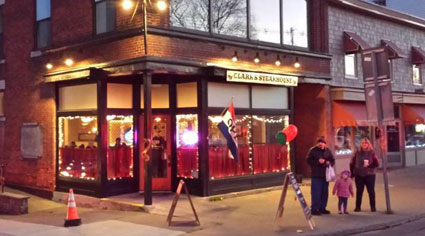 Jason Young, owner of Clark’s Steakhouse in Schuylerville, has responded to the wage hike by doing… nothing? Young will be increasing wages to accommodate the new law, but will not be changing anything else. He won’t be raising his prices to offset the increase in wages, and he still encourages tipping, as this is how some of his staff makes most of their money. At the end of the day, the change in minimum wage isn’t that significant with part-time employees, and adding the extra cost of wages is worth it to not have to mess with anything else.
So head to Clark’s, order that steak you love, and tip your waitstaff!