Do you know a child who dreams of acting on stage? Now is their chance to be in the spotlight! Check it out: 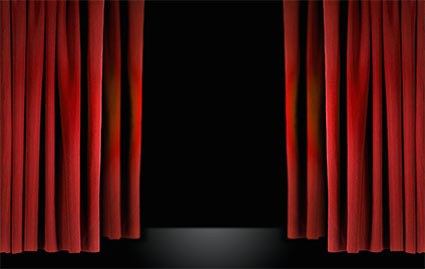 The Saratoga Children’s Theatre is searching for child actors to fill parts in two of its plays: Meet Me in St. Louis and Shrek Jr., The Musical.

Auditions for Meet Me in St. Louis will be held on Saturday, March 5th at 5:00 PM at the Saratoga Senior Center. The theater is seeking actors ages 10 to 18. Those auditioning should prepare 16 bars of a Broadway song, along with a one-minute monologue. Keep in mind that no CD’s or a cappella will be allowed. Meet Me in St. Louis will be presented at the Saratoga Music Hall for three performances mid-May.
On Sunday, March 6th, auditions for Shrek Jr. The Musical will be held at the Saratoga Senior Center at 2:00 PM. The theater is looking for actors ages 7 to 14. Those looking to audition should prepare 16 bars of a Broadway standard song (no monologue needed!) Again, no a cappella singing or CD’s will be permitted. Performances of Shrek Jr. The Musical will also be held at Saratoga Music Hall in May.
Check out the Saratoga Children’s Theatre website for more information on Shrek Jr. The Musical and Meet Me in St. Louis, including rehearsal schedules, character lists and more.