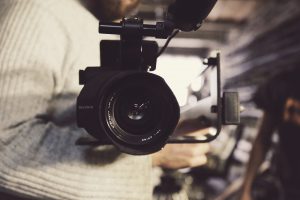 The Behemoth Short Film Festival will take place on Saturday, April 15, 2017 at the Saratoga Arts Center in downtown Saratoga Springs. There will be two showcases, one at 6:30 p.m. and one at 8:30 p.m.

Behemoth Short Film Festival president Shane Frasier is seeking submissions for this year’s festival. Your submission can be in any genre and should be 3 to 10 minutes in duration. Longer films will be considered, and there is no submission fee. If you are interested in submitting a film, please email your short to sfrasier02@gmail.com by Saturday, April 8, 2017.

You can learn more about the festival on their Facebook page. Tickets to the film fest are $10 per person and are available on Brown Paper Tickets under “The Behemoth Short Film Festival 2017”.