Visit Saratoga.com For Everything Saratoga
Enter Giveaways Advertise
Note: Saratoga.com is not responsible for posts and comments written by non-staff members.
Home  »  Uncategorized  »  Bemnita Zahn Is “Playing Our Song” In Salem 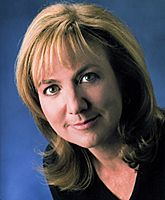 NewsChannel 13’s Benita Zahn stretches her artistic  muscles in  “They’re Playing Our Song” over the next two weekends at Fort Salem Theater!

Opening on Broadway in 1979, the original production of They’re Playing Our Song starred
Robert Klein and Lucie Arnaz. The score contains hits that include “If
He Really Knew Me,” “I Still Believe in Love,” and “Just for Tonight.”
Hamlisch and Sager are perhaps best known for having written the theme
from the film Ice Castles, “Through the Eyes of Love.” The book, classic Neil Simon, is smart, biting, and insightful.

Ms. Zahn is an award-winning newswoman who moonlights as an actress and
vocalist. She debuted her first solo cabaret act at the Cabaret at Fort
Salem Theater in the summer of 2007, and starred on The Fort’s
Mainstage in I’m Getting My Act Together and Taking It on the Road
last summer. Mr. Nelson has directed in the Capital Region for several
summers, and is Managing Director of the Rose Center Theater in
Westminster, California.

Zahn blames her genes for the theater bug

As has been her habit for the past three summers, Albany news anchor
Benita Zahn leaves the WNYT studio in Menands after her early evening
newscasts and heads up Route 40 for the sixty minute drive to Salem and
Fort Salem Theater, where this year she is starring in the Neil Simon
musical comedy, They’re Playing Our Song, directed by and co-starring Tim Nelson.

“I get busy, but I love it,” says Ms. Zahn, who, in addition to her
duties on NewsChannel 13’s 5 and 6 PM newscasts, hosts Healthlink on
WMHT. She majored in theater at SUNY Oswego, and relishes any
opportunity to return to her performing roots. “My mom performed
off-Broadway, so I guess it’s in my genes.”

They’re Playing Our Song
is the thinly veiled account of the romance between two neurotic New
York songwriters, Marvin Hamlisch and Carole Bayer Sager, whose most
enduring song is the “Through the Eyes of Love,” from the film Ice
Castles. Hamlisch and Sager wrote the score to Song, which includes “If
You Really Knew Me” and “I Still Believe in Love.” Following their
romantic and musical collaborations in the late nineteen seventies,
they each went on to marriages with other people.

Co-starring with Zahn is Tim Nelson, director of the Rose Center
Theater in Westminster, California. For many years, Nelson musical
directed and directed in Albany at Park Playhouse, where he first met
Ms. Zahn. “I’m very excited about working with Benita,” he said. “She’s
has a natural affinity for the rhythms of Neil Simon’s dialogue. And
I’ve had such a good time working on this show that we’re producing a
version at the Rose Theater when I return home.” Though he lives most
of the time in Orange County near Los Angeles, Nelson has a summer
residence in Salem. “That’s why I love having this project with Benita.
It gives me a chance to come back to my second home.”

They’re Playing Our Song
opens at Fort Salem on Friday, August 7, and plays for two weekends,
Fridays and Saturdays at 8 PM and Sundays at 2 PM. Tickets are $25 for
adults and $15 for youth 12 and under; group rates are available. For
reservations or more information, please call the Fort Salem box office
at (518) 854-9200.