Visit Saratoga.com For Everything Saratoga
Enter Giveaways Advertise
Note: Saratoga.com is not responsible for posts and comments written by non-staff members.
Home  »  Uncategorized  »  Max London’s plays the coolest music ever! Oh and the food is great too.

Max London’s has been on my hit list for a while now and I’m mad at myself for waiting as long as I have. It was a beautiful Friday evening in downtown Saratoga, and after some happy hour drinks at Saratoga National, it was time to eat. We only had to wait about 15 minutes for an outdoor table which was great! I’ve been eyeing their menu and was told that they are known for their Chickpea Polenta Fries and Piggy Back Dates. Since we were being piggy’s and going to Boca Bistro the following night (where I have to have their dates), we went with the polenta fries. 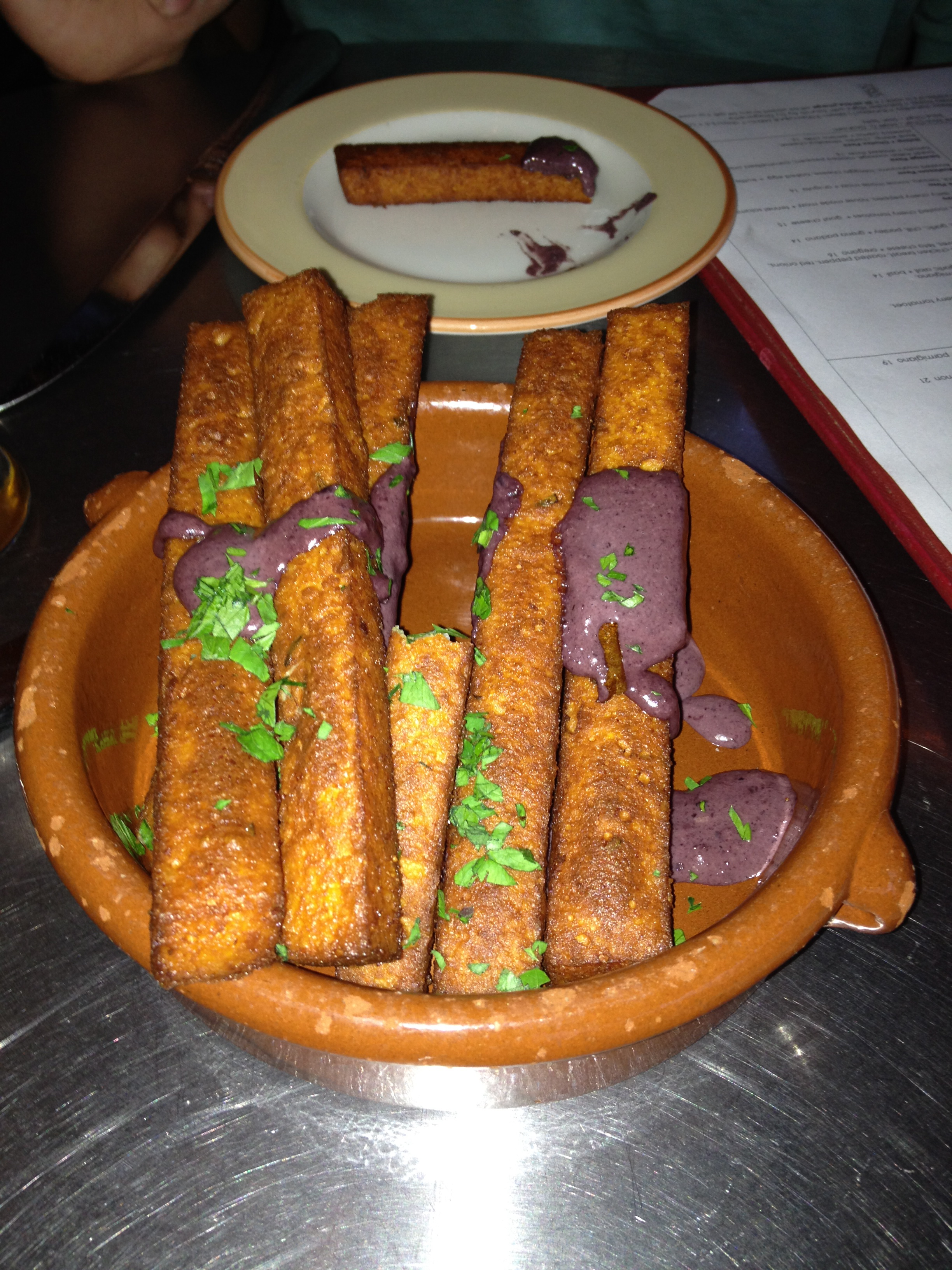 Wish I had gone with the dates because they were okay at best. Drizzled in a black olive aioli, the fries themselves didn’t have much flavor. The aioli was good but it was sort of like eating a plain fried stick with some salty sauce. Thankfully that was the only disappointment. For our main dish we got the Opah (also known as moonfish) and Smoked Salmon Tartare along with the wood-fired Eggplant pizza. Both of them were excellent! The fish came with capers, shallots, sweet corn, crème fraiche and crostini. It had a wonderful flavor, was nice and light and paired well with the dry rose our waiter had recommended. 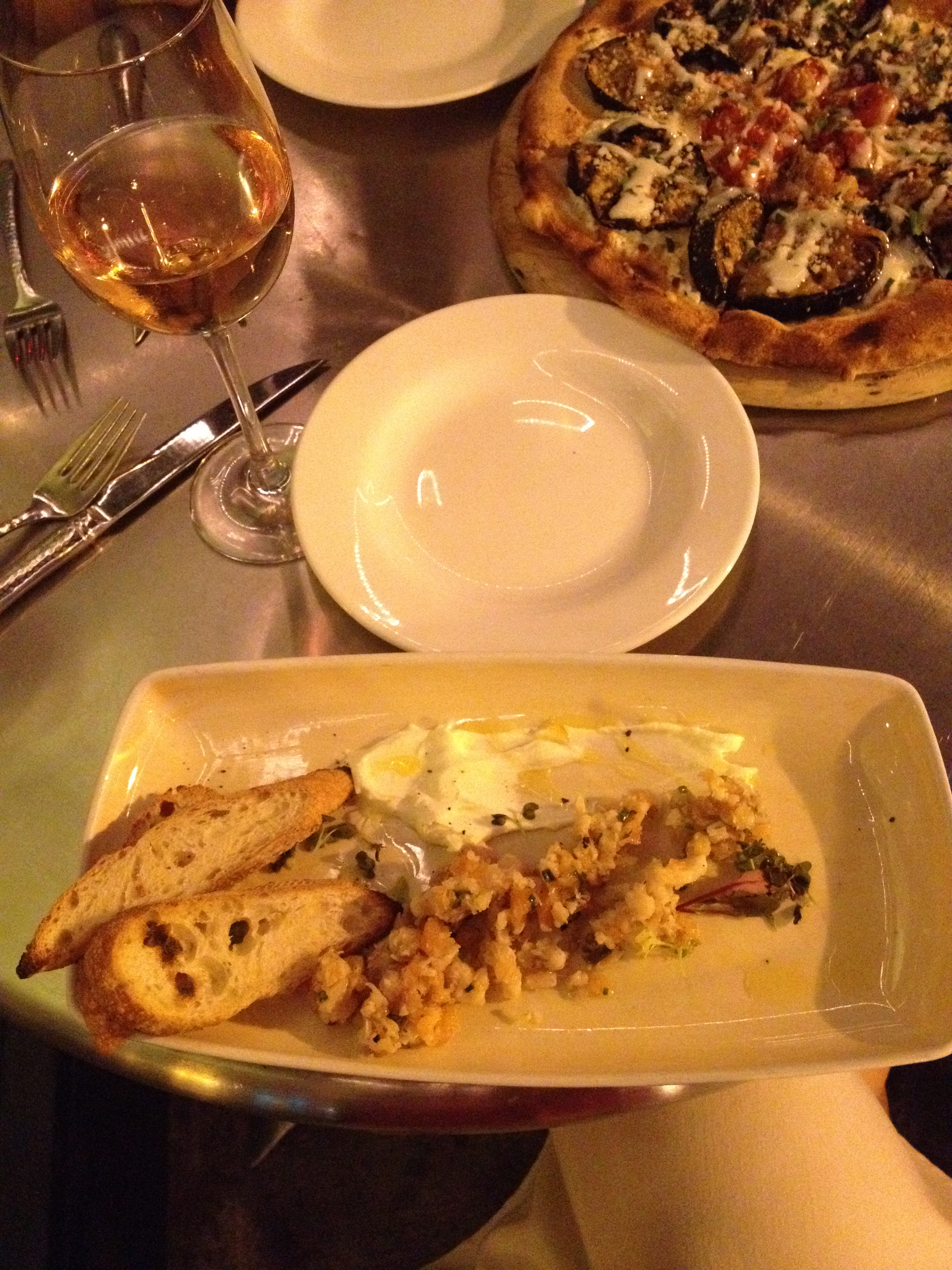 The pizza was very good too and we both loved the thin crust. One thing they could have done to take this pizza over the top would be to add crumbled sausage giving it a salty element which would contrast with the subtle sweetness of the pizza. I’m not saying I didn’t like the pizza, but sausage makes things that much better. 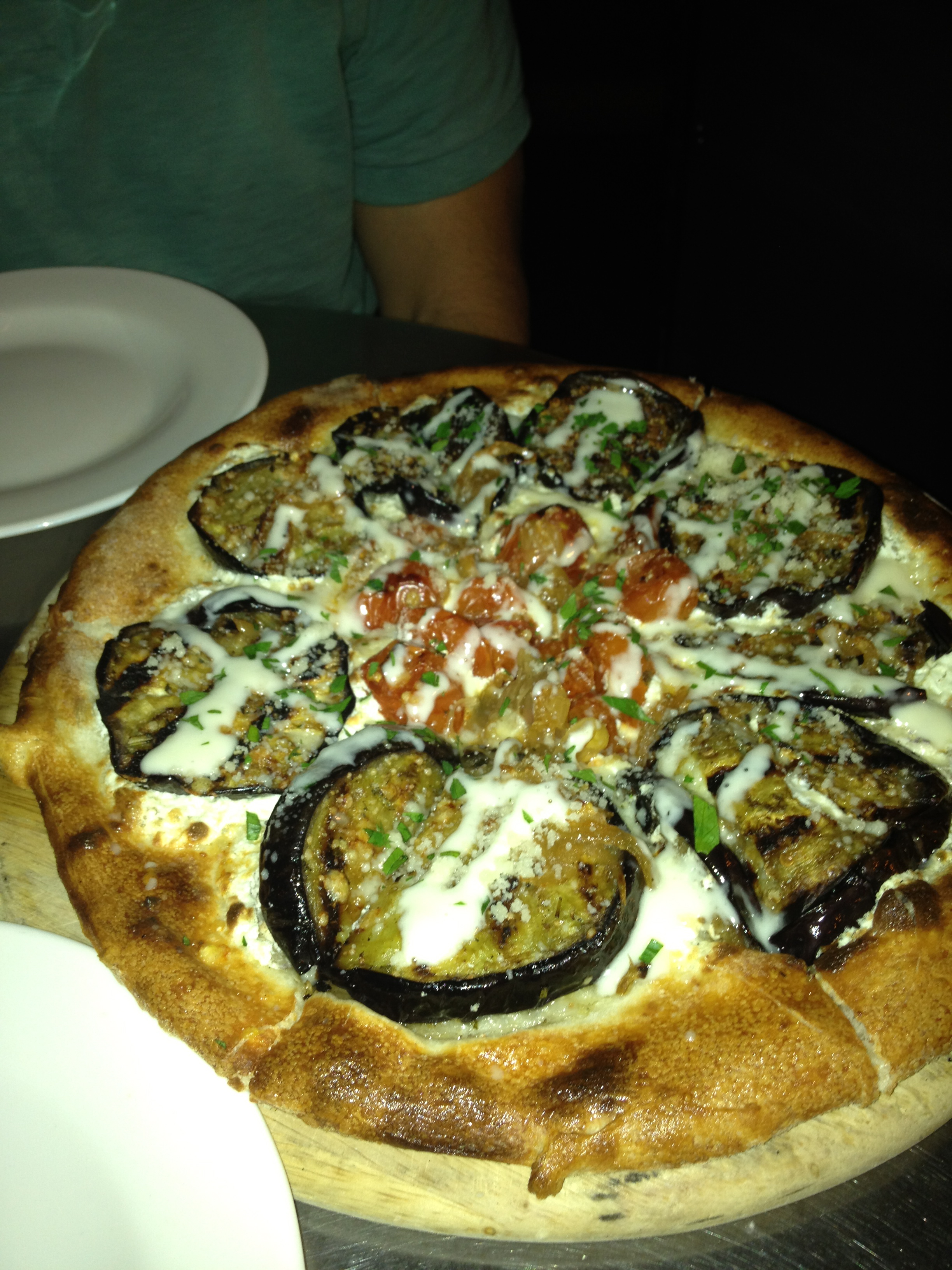 What’s great about Max London’s is that their menu changes daily according to what’s fresh and in season. There are a lot of items that are standbys too so if you are hooked on their dates (like I have heard a couple of people say), don’t worry, they will always be on the menu. An unexpected element of our dining experience was the music. I couldn’t believe the great tunes they had playing from artists like The Pharcyde and Arctic Monkey’s. I felt like I was at a fine dining restaurant with the coolest soundtrack going. Now that I’ve had dinner there, it’s time for brunch. The feedback I’ve gotten from friends who have gone say that it’s excellent. I would definitely start out with the Breakfast Stout Float which is O’Reilly’s stout and homemade vanilla ice-cream. The main dish would be much harder to choose since the selection is incredible but the French toast with cinnamon butter and local maple syrup or the Pulled Pork Ranchero Pizza which has smoked pulled pork, tomato, cherry peppers, Serrano chilies, cilantro, fontina, house made mozz and baked egg (OMG!!!) would be two strong contenders. If you happen to have any room left after “maxing” out, Max London’s is connected to Mrs. London’s who serves some of the best baked goods and desserts around.

Max London’s is located at 466 Broadway in Saratoga Springs.