A professional theatre company dedicated to enhancing cultural resources for young people and the community.
itheatresaratoga.org 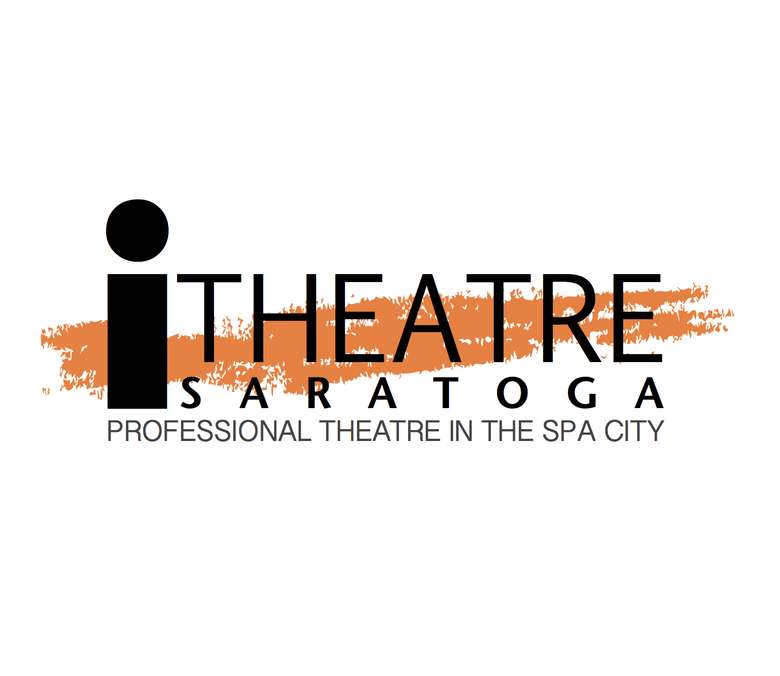 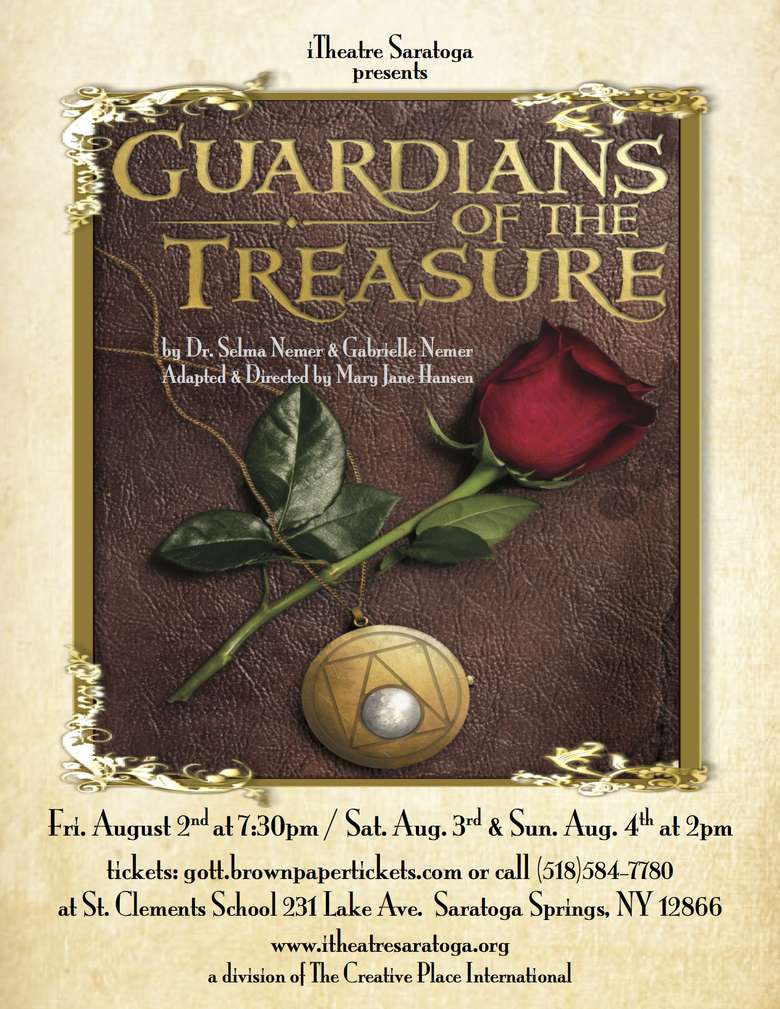 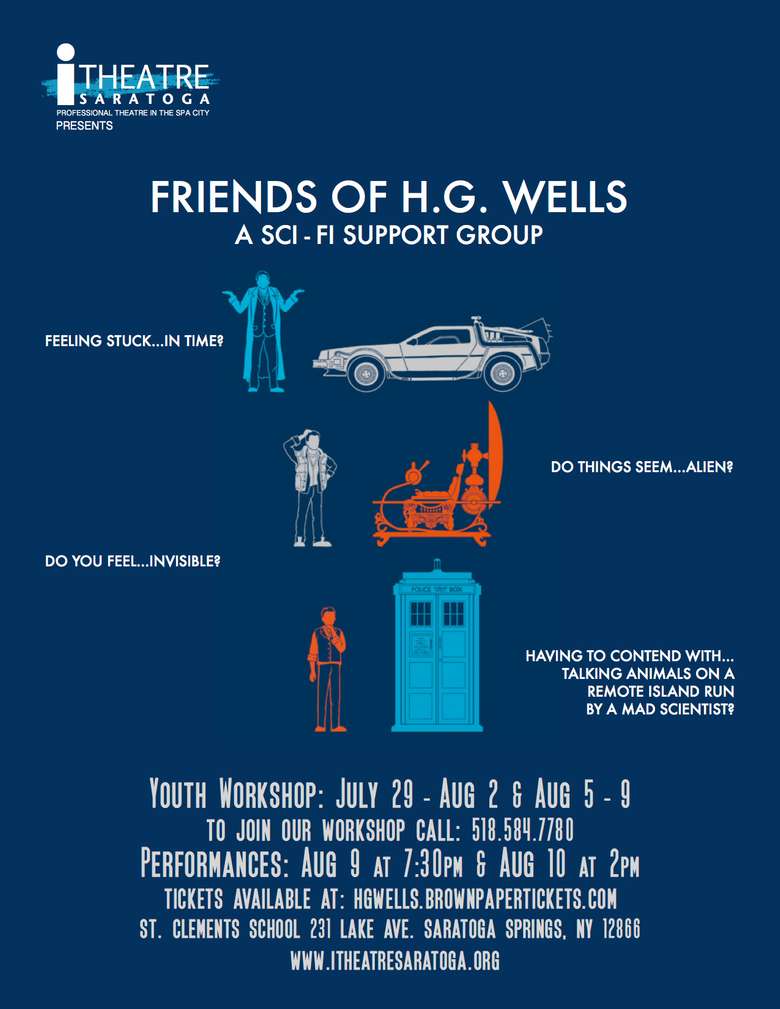 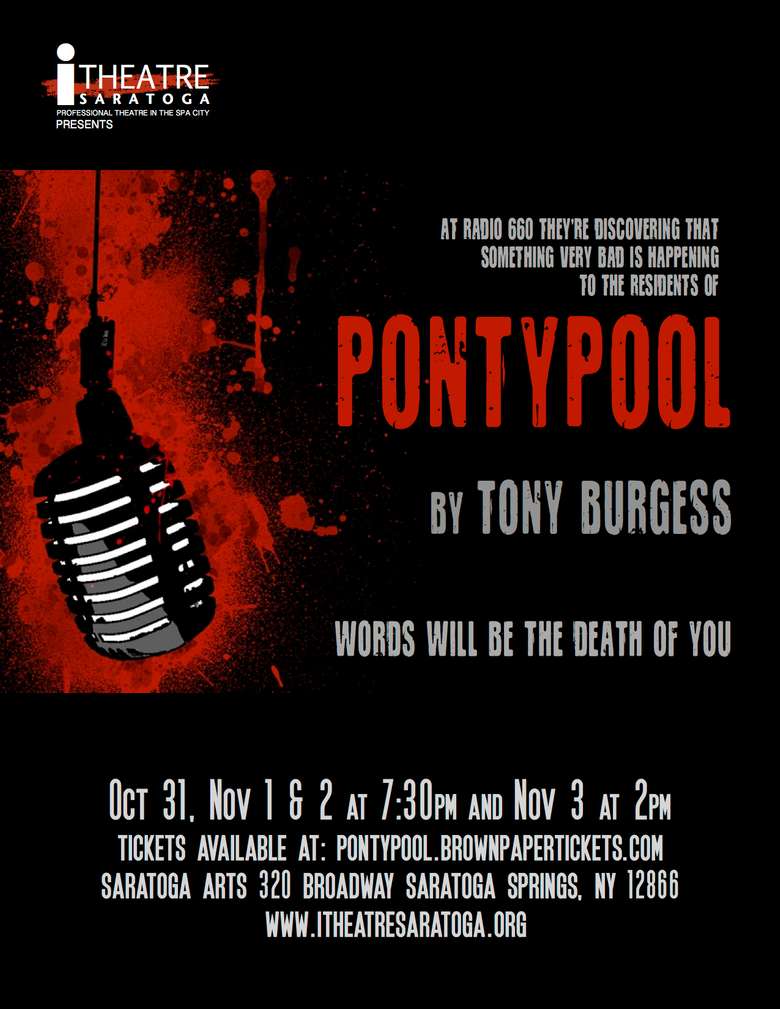 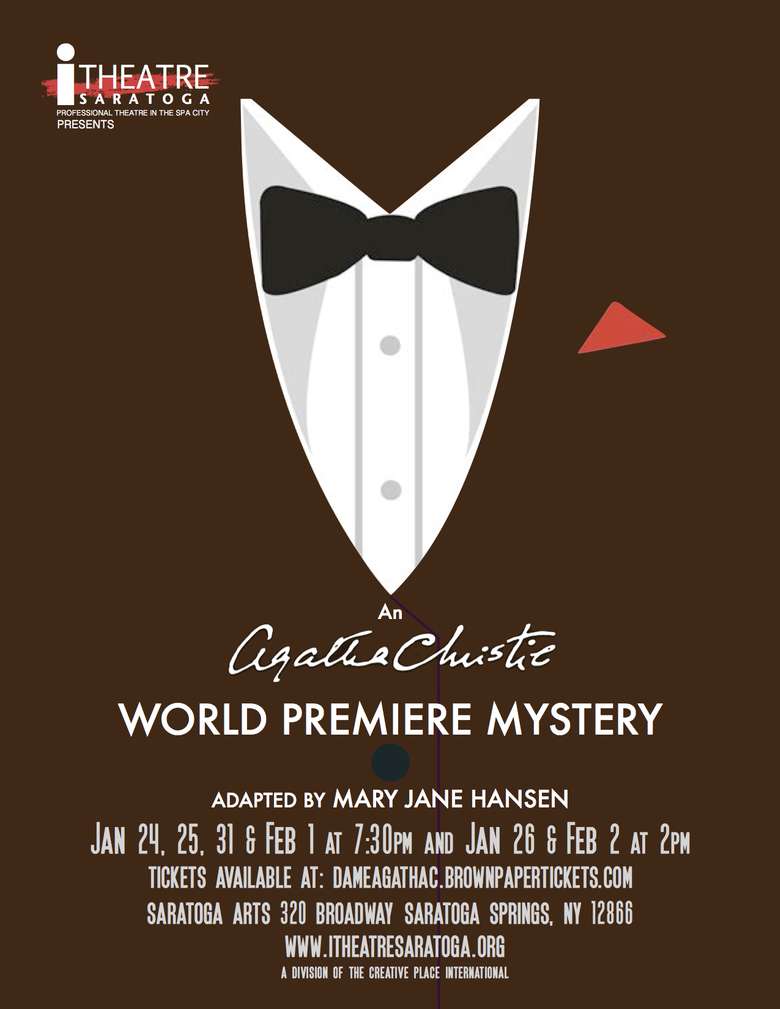 iTheatre Saratoga works to develop the next generation of artists and audiences through theatre productions, workshops, and more. The organization is headed up by talented theatre arts professionals and has welcomed notable theatre guest artists.

iTheatre Saratoga is the professional year round theatre company in the Spa City. Now entering their 8th season, iTheatre Saratoga provides theatrical resources for young people, their families, and the local community.

iTheatre Saratoga is dedicated to creating new theatre works and the continuing mission to develop the next generation of theatre artists and audiences. Our organization is spearheaded by talented theatre arts professionals of various disciplines and has been host to a number of notable theatre guest artists including Tony Award Winning actor Ron Holgate, legendary choreographer Patricia Birch, actress Tandy Cronyn, Broadway actor Jeff McCarthy, and more.

GUARDIANS OF THE TREASURE

Retracing a journey made in 2016, iTheatre will offer another chance for enchantment. In Guardians of the Treasure, two teenaged girlfriends find a mysterious book that illuminates the elements of good and evil and how one force may overcome the other when ineluctable rebellion breaks out. The girls come to a new understanding of life, love, and the infinite capacity of the human spirit on their spiritual voyage to a realm far, far away. Based on the book by Saratoga's Dr. Selma Nemer and her granddaughter Gabrielle, and adapted/directed by Mary Jane Hansen, this production of Guardians of the Treasure will be presented at St. Clements School at 231 Lake Avenue in Saratoga Springs, NY.

iTheatre Saratoga's summer youth workshop returns! Feeling stuck… in time? Do things seem… alien? Do you feel… invisible? Having to contend with… talking animals on a remote island run by a mad scientist? If you know a young person who can answer yes to any of these questions, ship them off to iTheatre Saratoga for this year's youth workshop. Friends of H.G. Wells: A Sci-Fi Support Group will mine the canons of the famous science fiction author. Once again, the performance project for 9-16 year olds sets out to explore a variety of social issues affecting our youth, push the boundaries of theatre, and incorporate the insights of iTheatre's young collaborators. Starting July 29 with a week of playwriting and improvisation, the second week will focus on rehearsals culminating with two special performances featuring the workshop participants. It’s sure to be another zany adventure with a great time had by all. A nominal enrollment fee of $400 is charged per/student for the two-week program, with scholarships and reduced rates for households with multiple children available, funded in part by Stewart’s Shops’ Holiday Match Program. Call us at 518-587-5827 for program information and to reserve a place in the workshop. Admission to the showcase on August 9 at 7:30pm and August 10 at 2pm is $10 for adults and $5 for kids. .

Step through the doors of the theater at Saratoga Arts and into Pontypool, Ontario: population 2,408 and rapidly dwindling. When the sleepy town is hit with a devastating and mysterious epidemic, shock jock Grant Mazzy and the staff at the local radio station must ask, “Is this more fake news?” As reports of escalating violence in the streets pour in, tensions rise in the basement studio where Mazzy continues to broadcast. Based on Pontypool Changes Everything, the cult horror novel-turned-film-turned-radio play by Tony Burgess, this suspenseful and gory stage adaptation merges thoughtful semiotic satire with America’s zombie obsession. And leaves us wondering if our words will, in fact, pronounce the end of humanity. Tickets for Pontypool are $25 for adults, and $15 for students

travel back in time and thousands of miles from home in the new year in order to answer two burning questions: Who is the murderer in iTheatre’s next World Premiere Agatha Christie mystery? And which iconic story has the latest adaptation evolved from? It’s no secret that last season’s debut professional production of Christie’s The Stranger was a huge success, and the demand for more of Dame Agatha’s lesser-known works has been duly noted. Stay tuned for more clues. Performances take place at Saratoga Arts in 2020!