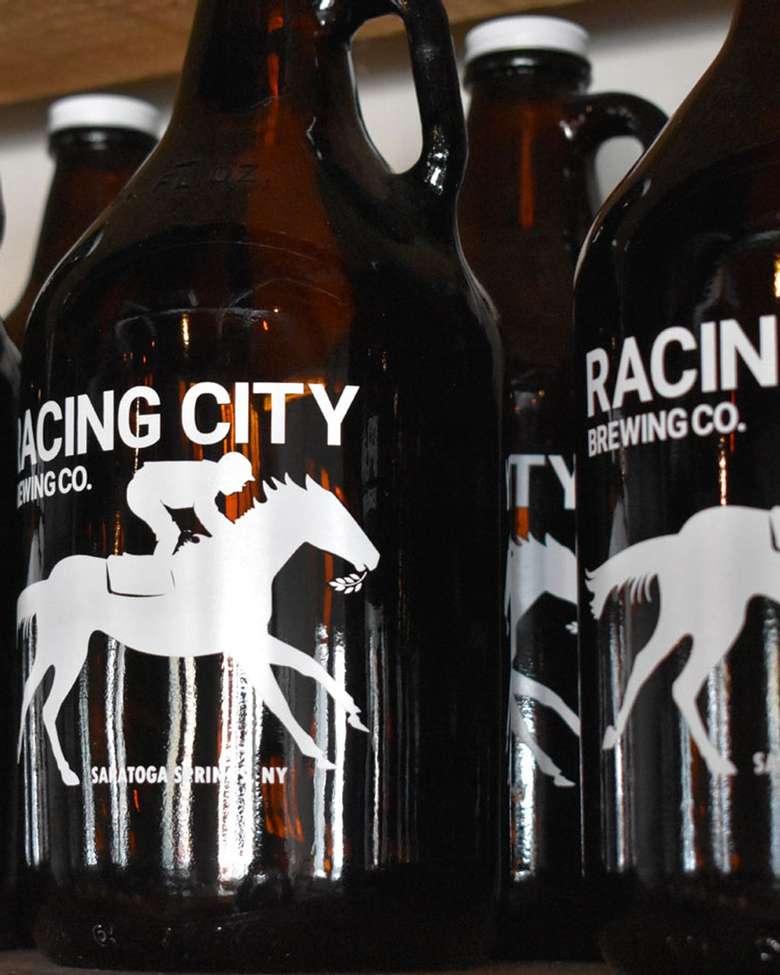 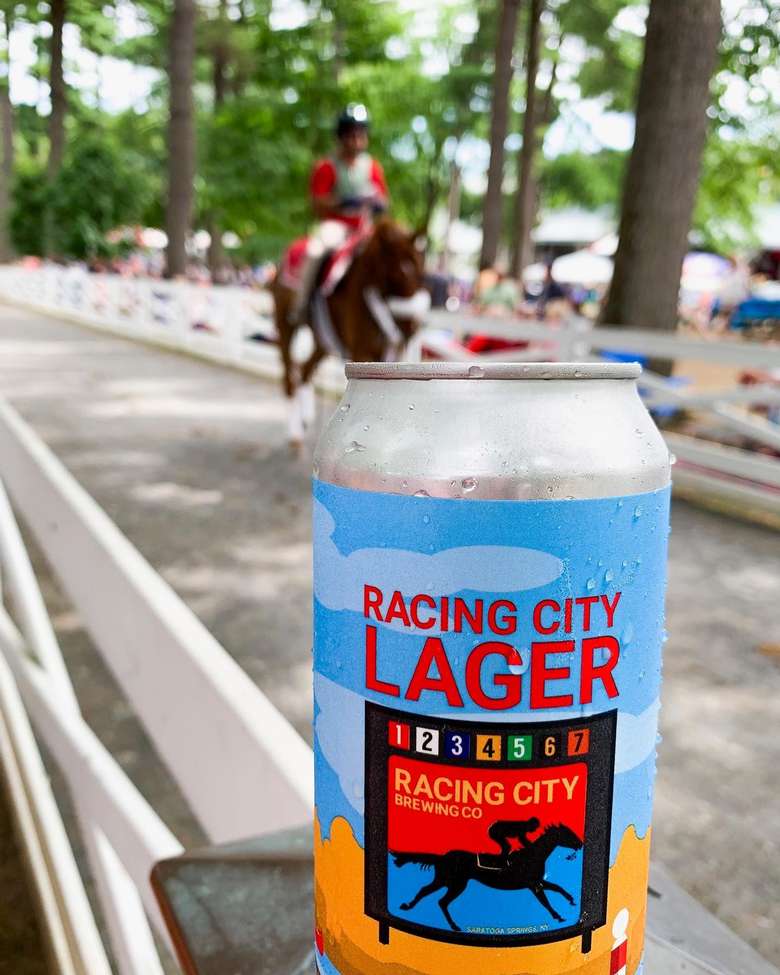 Paying homage to the Saratoga Racetracks, their fun packaging is track-inspired and perfect for Saratoga locals and tourists alike. 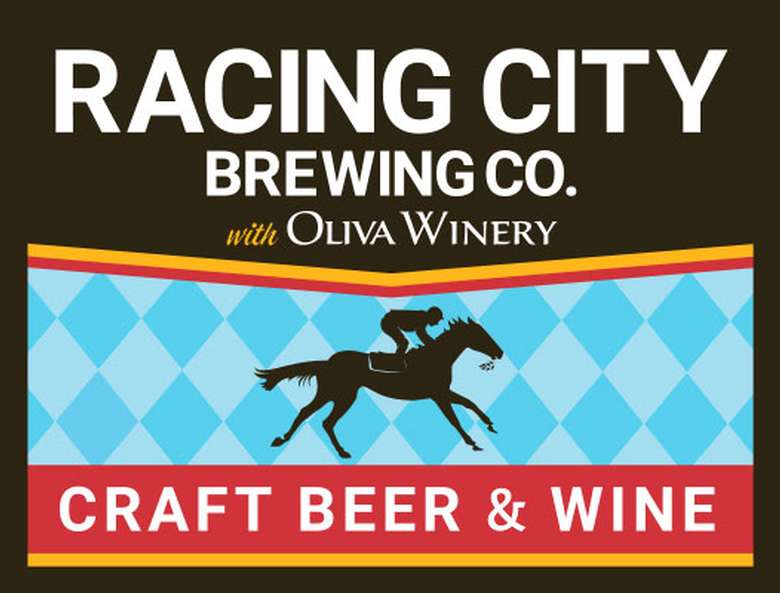 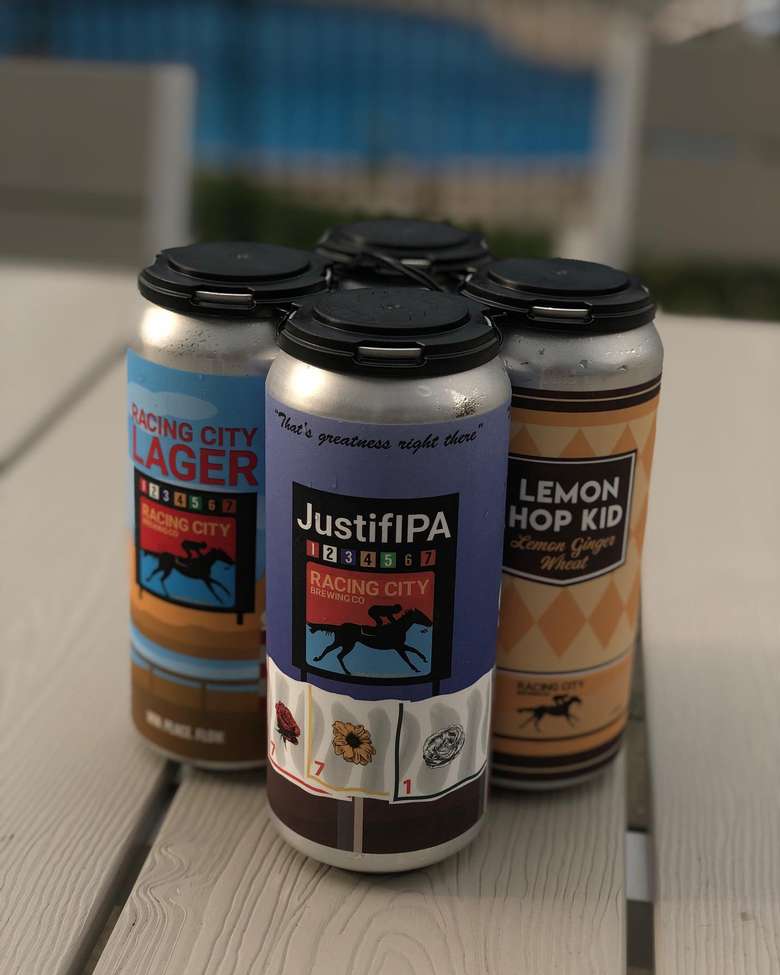 You can find their beers at local beverage centers, bars and restaurants in the nearby area. 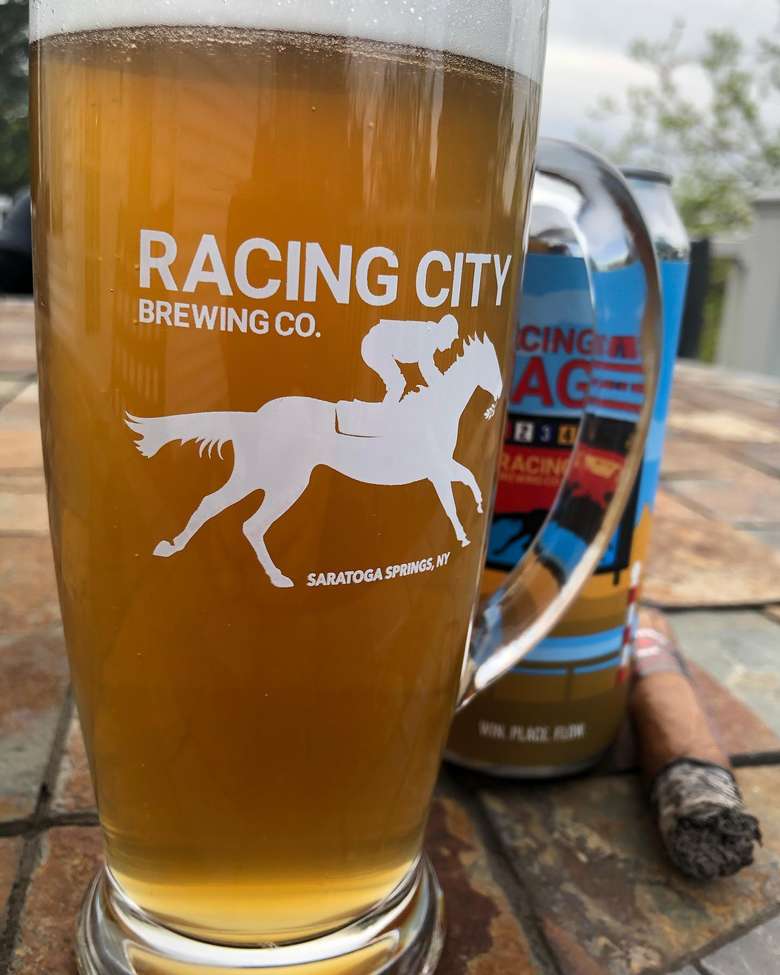 From refreshing lagers to their lemon ginger wheat, Racing City Brewing Co has a beer for everyone! 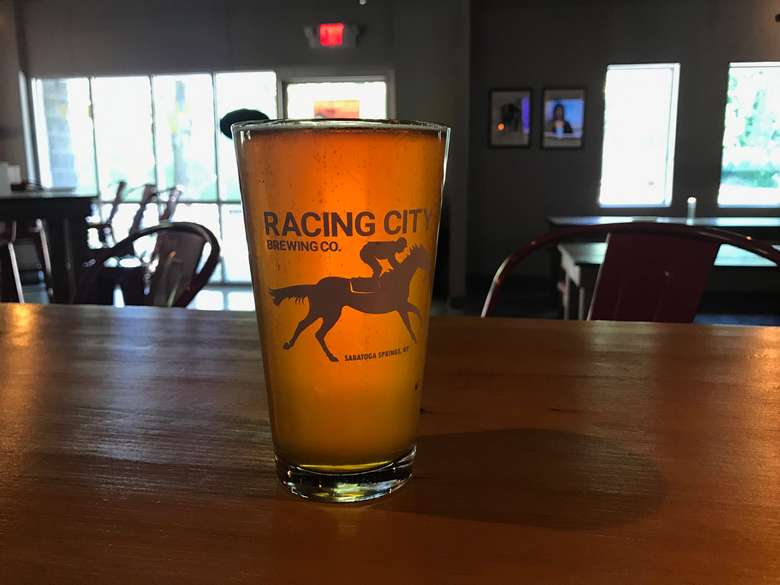 Family owned and operated, Racing City Brewing Co is a local business with a passion for creating the most exceptional of beers. 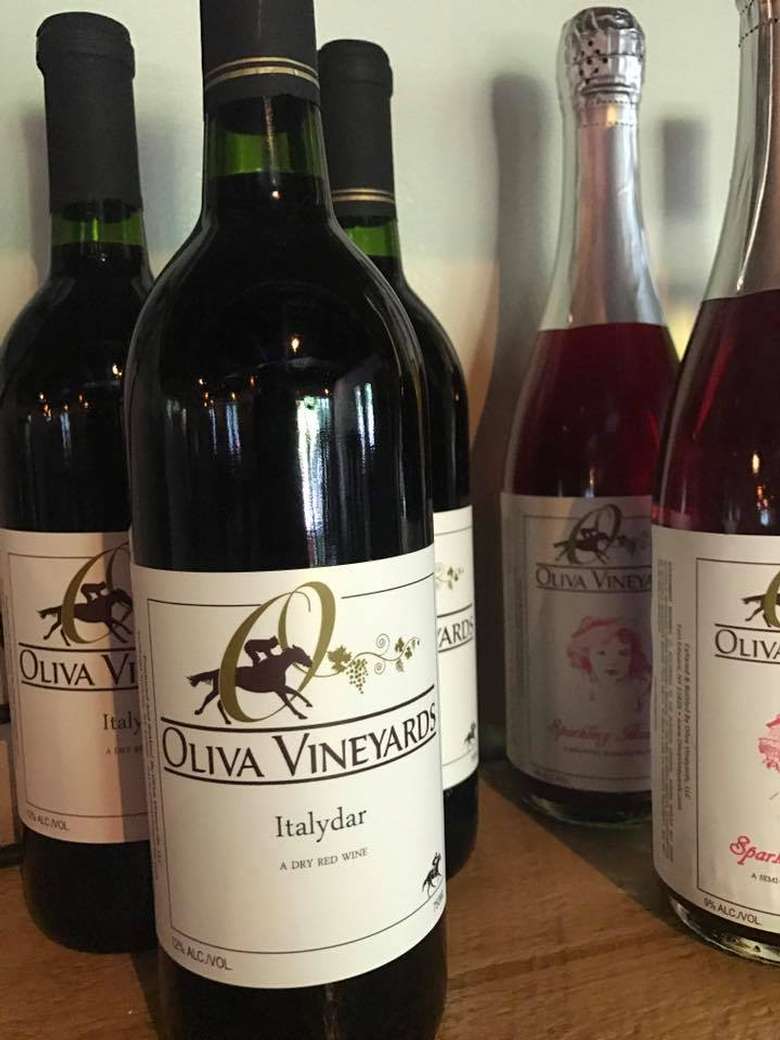 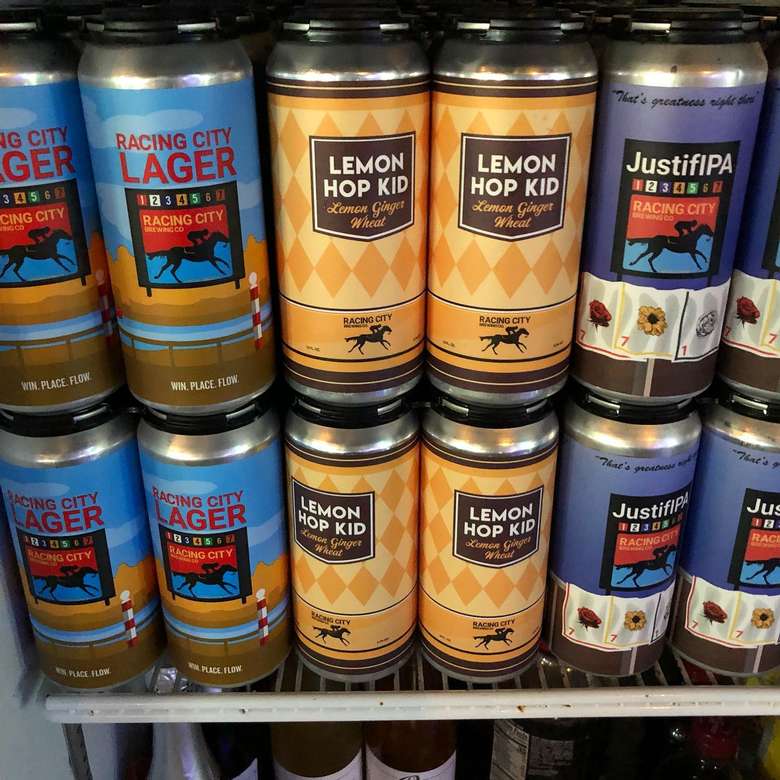 With so many delicious flavors, you'll have to try them all! 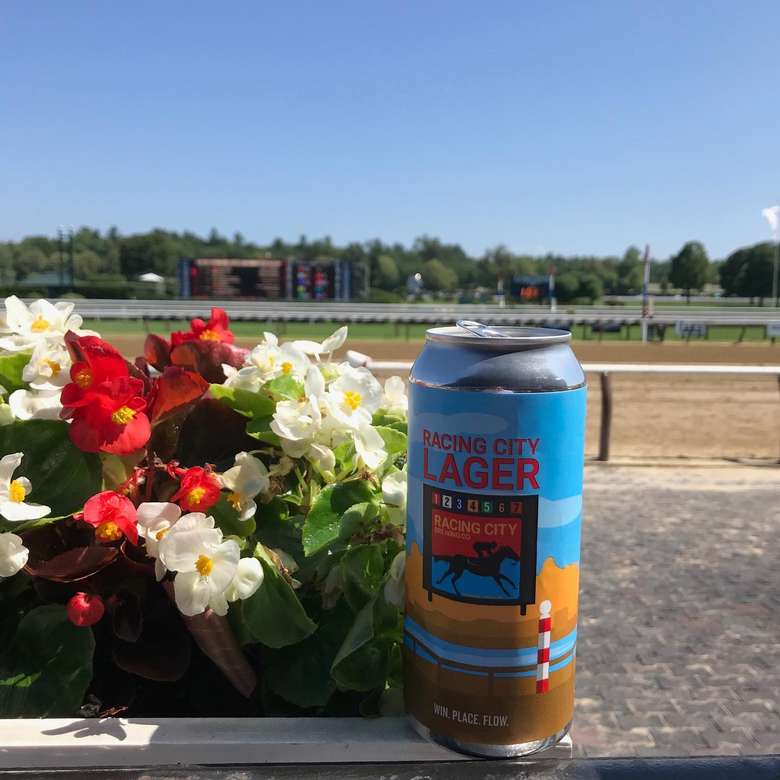 Visit their website to order a growler or short stack from their distribution center. 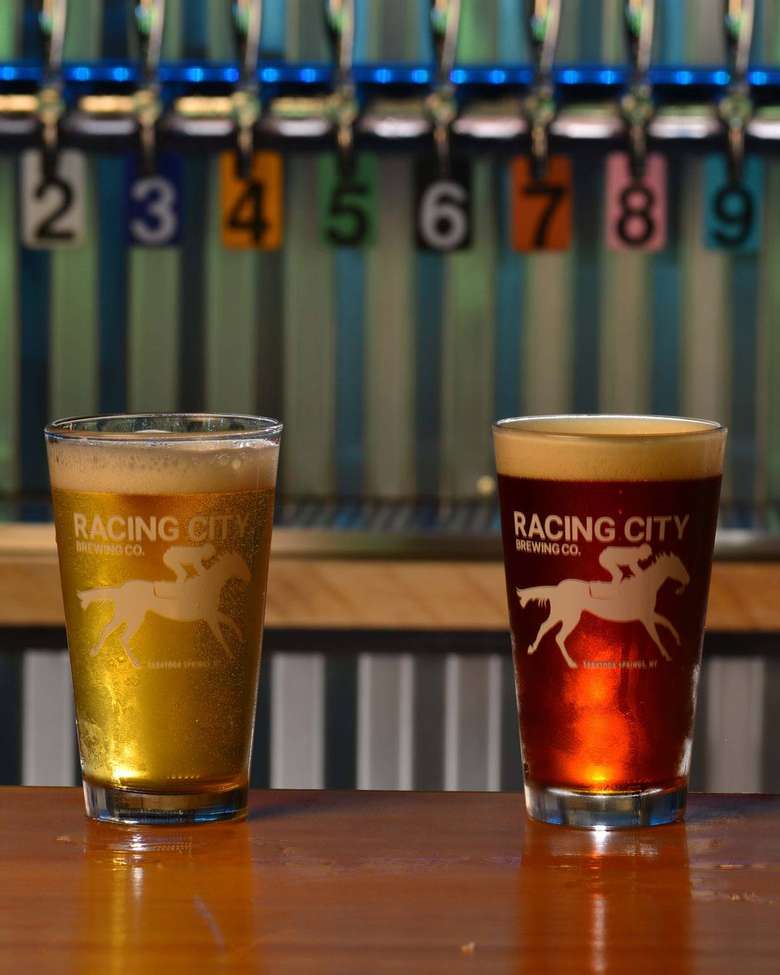 Tasting room is closed. Look for (and ask for) our beers at local beverage centers, bars and restaurants.

Our tasting room is closed. But you can still get your favorite Racing City Brewing Co. beer, Oliva Winery wine, and merchandise.

DISTRIBUTION: Look for (and ask for) our beers at local beverage centers, bars and restaurants. Follow us on social media for updates on locations.

CURBSIDE PICK UP: For growlers of beer, wine by the bottle, and merchandise - order online at https://racingcitybrew.square.site/ and pick up at the brewery. Wine and merchandise are also available for shipping.

Great Offtrack Places To Watch Live Racing At Saratoga Race Course
With the horses racing on without fans in attendance at the Saratoga Race Course's 2020 meet, fans may be wondering where they can catch the action. We've put together a list of where you can see the excitement live at restaurants, bars, and hotels starting on opening day, July 16.
Think & Drink Local With the Adirondack Craft Beverage Trail
Calling all craft beverage enthusiasts! The Adirondack Craft Beverage Trail features craft beverage producers in the Southern Adirondacks and northern Capital Region. Discover local and delicious beers, wines, and spirits you'll love while supporting small businesses at the same time.
Broaden Your Saratoga Explorations With These Off-Broadway Destinations
If you come to Saratoga Springs every year for the track you're not alone - this popular attraction is one of the gems of the Spa City. But if you only stick to the track and Saratoga's main strip, Broadway, you're missing out on a whole other part of Saratoga!
Enjoy a Winter Wonderland of Fun in Saratoga County
Think Saratoga rolls up the sidewalks in the winter? Think again! Here's 15 insider tips for having a fabulous winter vacation in Saratoga, whether you have a week or a weekend. From activities to enjoy outdoors and in, to popular annual events, you'll be endlessly entertained in the Saratoga area this season.
Enjoy the Most Exciting 2 Minutes in Sports at Saratoga Derby Parties
The Kentucky Derby is almost upon us once again! If you haven’t made your plans yet for May 4th, read on to see where the best parties are happening in and near Saratoga Springs. And then grab your most stylish hat and get ready to enjoy the festivities!
What to Do in Saratoga When It's Below 0 Degrees
Saratoga can get pretty cold in the winter, but there are a lot of indoor activities to keep you engaged, entertained, and even warm.
Vote for Saratoga in the 10Best Readers’ Choice Award for Best Small Town Beer Scene
Whether you’re a fan of lagers, pale ales, stouts, or even sours, there is a brew for you in Saratoga Springs. The city’s craft beer scene is “hopping,” and this year, USA Today 10Best has nominated Saratoga as having one of America’s best small town beer scenes. Read on to see how you can vote and show your love for Saratoga’s beer scene.