We urge everyone to contact individual businesses to confirm their hours of operation before visiting, while we flatten the curve through social distancing.
Home / Winter / Chowderfest / Parking & Shuttles

Afraid to brave the crowds at Saratoga Chowderfest? Don't worry! Whether you're planning on parking in downtown Saratoga or are interested in an alternative option, our guide to navigating Chowderfest has you covered. 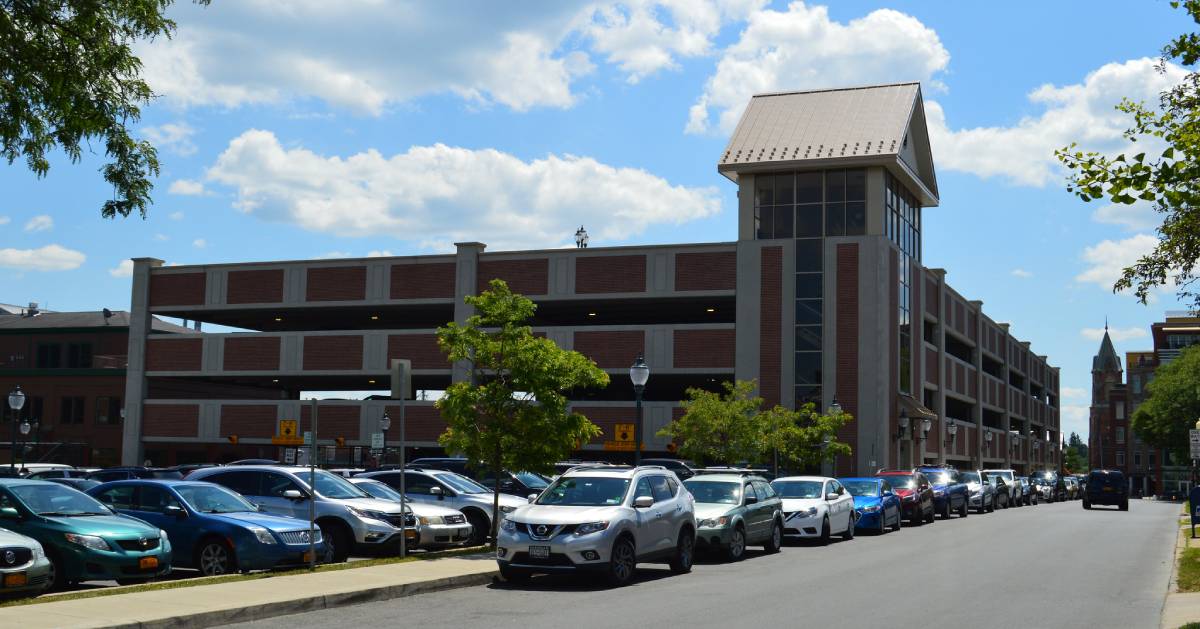 Parking in downtown Saratoga can be an issue at Chowderfest because of how popular the event has become. If you don't want to park far away from the festivities, then you should arrive early and carpool to save time and effort.

If you are willing to drive through downtown Saratoga to find a parking spot, here are your best options:

Woodlawn Avenue Garage - Located on Woodlawn Avenue between Division Street and Church Street is a four-level parking garage. The outside lot, ground level, and ramp offer three-hour parking from 9:00am-6:00pm. The upper levels have a 24-hour parking limit.

Walton Street Garage - A free public parking garage is located at the intersection of Woodlawn Avenue and Walton Street, just west of Broadway. This garage is available for parking for 24 hours on the ground level for all spaces north of the entrance.

Street Parking - Parking is available along most of Broadway and on side streets. However, be aware of any two-hour parking signs and Chowderfest parking restrictions, as seen below.

The following streets will be closed from around 10:30am-4:30pm on Saturday, February 1, 2020, unless otherwise indicated.

The following parking restrictions will be in effect during Saratoga Chowderfest:

Need help traveling around downtown Saratoga during Chowderfest? There will be two Park & Ride Shuttles from 10:00am-6:00pm on February 1, 2020.

Wilton Mall - Park at Wilton Mall near Dick's Sporting Goods, and then the shuttle will take you to the corner of High Rock Avenue and Lake Avenue by the Hampton Inn.

« Back to the Chowderfest Guide