Visit Saratoga.com For Everything Saratoga
Enter Giveaways Advertise
Note: Saratoga.com is not responsible for posts and comments written by non-staff members.
Home  »  Music  »  Saratoga Music Industry Coalition: An Idea Whose Time Has Come

Following a meet-and-greet social hour, Group Organizer Robert Millis acquainted the attendees with the purposes of the group, as well as discussing various issues of interest, such as the City of Saratoga Springs’ recent ‘busking’ (street performing) ordinance, as well as some potential music festival initiatives he had knowledge about, that the city currently has under consideration.

The basic point is that, in this town, everybody and his brother has a “concerned citizens” or interest group of some sort. SMIC is endeavoring to organize what often appears to be the unorganizable: Musicians who are, by and large, independent individuals or small groups – each in their own bubble as they struggle to make their career(s) playing and writing music.

An ambitious undertaking to say the least. I give SMIC big props for even trying. 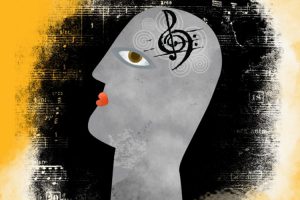 What followed next was an informative panel discussion, moderated by Pieter Olson, a former owner of the prestigious VanDyck in Schenectady. On the panel were Millis with Promoters Greg Bell and Sly Fox. The three combined have over a century of booking experience and expertise.

What was interesting is that, while these gents were running a real business with real money (often their own) behind it, filling a calendar for a venue is much more ‘art’ than ‘science.’ There is no one magic formula: They are guided by experience and well as both trial, and sometimes, error. But the panelists learn to brush off a bad show like Mariano Rivera giving up a tater – they dust themselves off and come back strong the next time.

For instance, some panelists would listen to demo CDs, others strongly preferred to see a musician live. Research, past performances (such as industry data bible Pollstar) also guide them.

In my own experience filling calendars at Bailey’s and Gaffney’s, as well as festivals such as Hats Off and Victorian Streetwalk (which I do not anymore, so don’t ask!), I personally would rarely book someone off a CD – I preferred seeing you or your group play live. When I scouted (sometimes anonymously) I would rarely watch you. I would look at your audience and the interplay between you and them.

The music itself needed to be germain to the venue or event – which is why you don’t see heavy death metal at Gaffney’s, then or now. Not that it stopped said death metal bands from applying, mind you. But I digress…

Afterwards, Bob Millis threw out some conclusions about what was discussed on SMIC’s Facebook page:

– Save the CD’s and EPKs — they go right to trash
– Instead, your intro eMail acts as your EPK, summary-style w/good links
– Video clips are more important; as are links to tunes
– Create a Vision for your band, and work backwords
– Different Plans for Different Visions
– Build locally w/many shows, then do new markets, then turn back to 1/yr locally
– Some promoters need to see you play live first; others don’t
– Get paid, always
– Hounding doesn’t work
– Don’t be in it for the $, because you are likely to be disappointed
– New markets will seem like you are starting from scratch again.
– Make friends with other musicians, be a part of the scene
– Be realistic: new markets usually mean support slots. 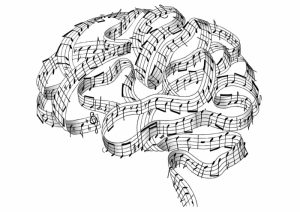 Good stuff. My only beef with the whole thing is that it should have been better attended by players, band managers, etc. For a first pass, it had about a dozen music types, which is decent – BUT COME ON PEOPLE! It was a Wednesday evening – were you all gigging? Doubtful. Let’s face it: You needed to be there more than me! I don’t need a gig, for crying out loud!

Hate to call you all out, but I’ve heard enough musicians moan and whine how they can’t get the promoters’ ear; how they never get a break to last a lifetime… and yet, there were at least six qualified ears who were willing to discuss things with you, indeed were willing to listen to you perform at the Den’s open mic (hosted by Juan Calzada)… Where were you?

The good news is that this was just the first SMIC discussion. Millis said that he was going to organize others; covering different topics and perhaps, having your (successful) peers share their experiences.

Watch this space, and SMIC’s Facebook page, for details as they develop. And I want to see your butts there. No excuses. Do something to help yourselves for a change.

To join SMIC, visit the SMIC Page on Facebook This is their current cover photo so you know you are there: