SARATOGA SPRINGS – This is one of the few times that people are happy when the forecast is chili!

Yes, yes – Saturday afternoon, March Fourth brought forth a throng of hungry chili enthusiasts to the warm and cozy confines of Kings Tavern – across the street from the Historic Saratoga Racecourse (Yes, it operates year-round under the administration of the fabulous Fitch Brothers… it’s not just for August anymore!). All to benefit Saratoga RACE – an alliance of Equine Aftercare Organizations – including the Thoroughbred Retirement Foundation, Saratoga WarHorse and Heading for Home – dedicated to having the race horses we love so having an honorable existence, worthy of their regal status, after their racing careers have ended. 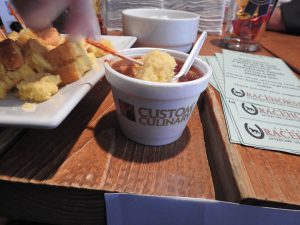 The North and South Dakotas provided the musical backdrop and Legendary Race Caller Tom Durkin kept the crowd revved over a wide variety of raffle items.

“We made five gallons of chili for this inaugural event – gone!” said Kings Patrick Fitch. Indeed, the gathering of about 200 folks cleaned out several of the seven purveying participants.

Kudos to the Hungry Spot, which garnered the most “People’s Choice” votes, and to The Circus Cafe’, which ran a game second for the Place position. But really, kudos to all the restaurants who participated, including home field stalwart Kings Tavern. You are all winners in Saratoga RACE’s book:

For a first-time starter, this event broke out of the gate strong, and showed the pedigree to go a long distance. Mark this one down as a “horse to watch” in the years to come. 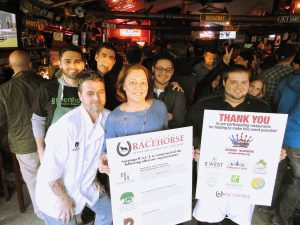 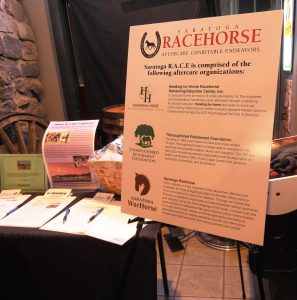 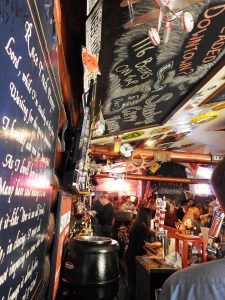