Visit Saratoga.com For Everything Saratoga
Enter Giveaways Advertise
Note: Saratoga.com is not responsible for posts and comments written by non-staff members.
Home  »  Music  »  Friday Night and The Kids are All Right!

SARATOGA SPRINGS- A unique phenomenon took place last evening, as kids – on average still at least a decade away from being old enough to drink at various taverns, were standout performers at some esteemed venues: 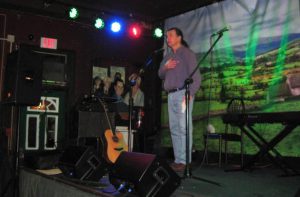 We stopped in at the legendary Parting Glass, where MC Rick Bolton was holding another edition of his kids open mic, a semi-monthly thing that has been at other places, including several times at Gaffney’s, where it will return next on the garden patio in late May, The Stadium, and other spots. This, I believe, was the first time at the Glass, which has one of the best stages and sound systems around. The performers I got to see appeared to be taller, and more energized by the fact that this was a real performance space. 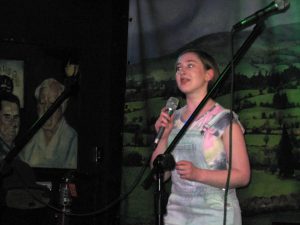 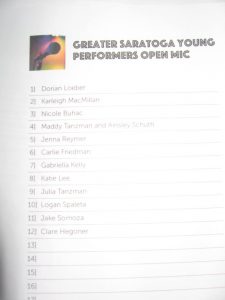 Kudos to all who performed – this is a partial line-up of those who signed up early. It is a very popular phenomenon – always well-attended. The parent/chauffeurs are their of course, plus lots of bros and sissys, aunties and unks, and etcs. All were of course, quite appreciative. But make no mistake- these kids are talented! 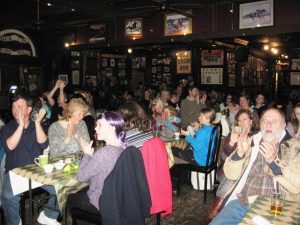 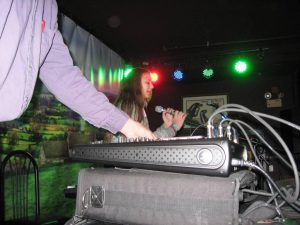 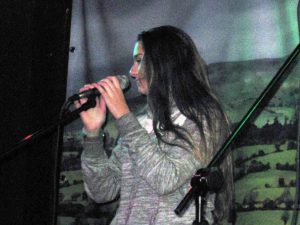 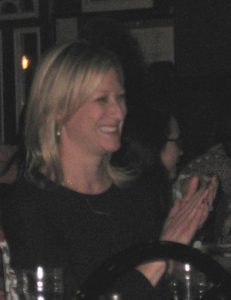 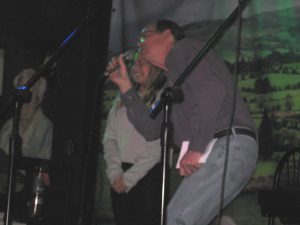 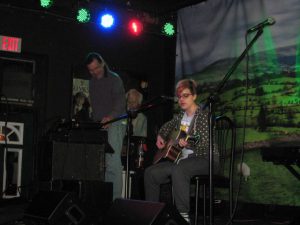 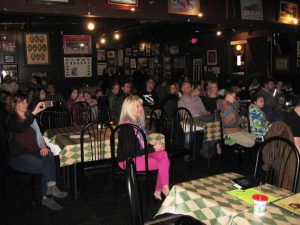 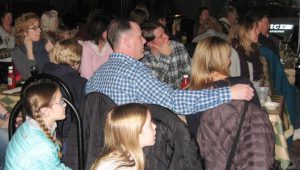 **************
Mr. Robby’s Neighborhood
Very nice… So, down the road i went to Bailey’s for some more Garland Nelson music… he was great to see, as always last week (see: Yesterday’s Post ) and he was having a special guest – an old friend, and New York Players Alum – Guitarist Bob Boyer sit in with him: 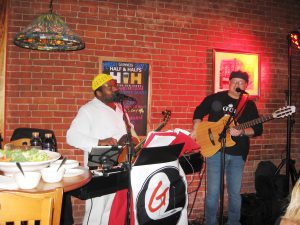 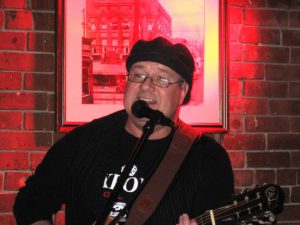 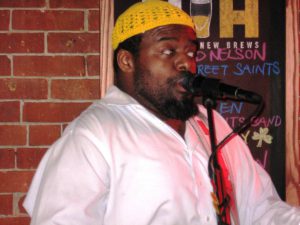 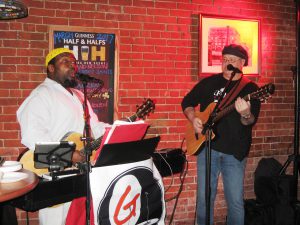 But no way I was prepared for THIS Show Stopping moment! 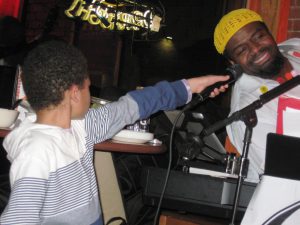 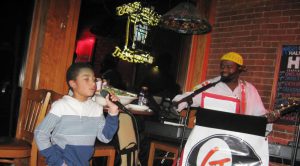 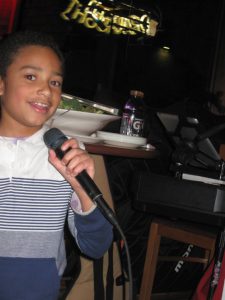 Meet Mr. Robby Pierre. Yes, indeed that’s him doing a duet with Garland himself – and notice who is holding the mic! 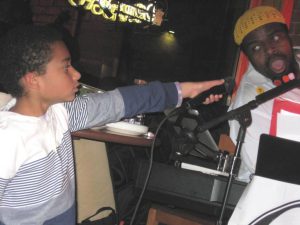 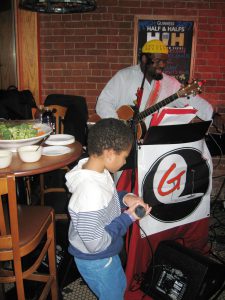 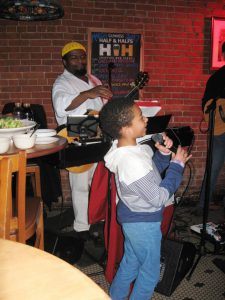 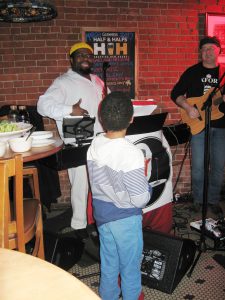 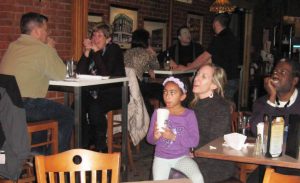 Mom, dad and sister Angie were there to support, and the audience, as you can imagine – went bonkers! 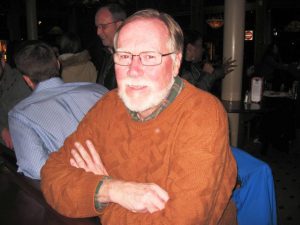 John Griffith was impressed as well!
Meanwhile, I was snapping as fast as I could, but yet my mind kept visualizing the beginning of a classic legend: 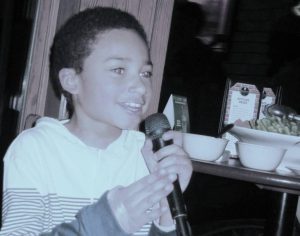 Yeah, the kids are all right… 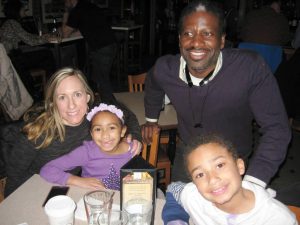