SARATOGA SPRINGS – Back on the street after a nice visit with Kevin Richards (see: PART 1), my quest to stay warm on this arctic night led me to turn off Broadway and venture halfway down the alley known as Gardner Lane (yes! you learn something every day!), to Putnam Den, passing the idling mega-tour bus which told me that I had arrived and was about to enter…

The Kingdom of Melvin

Now this, for the unaware – is a BIG DEAL Night at the Den… How big? $25 cover big. And with that, the place was packed… no worries about being cold here… How packed? Try this… 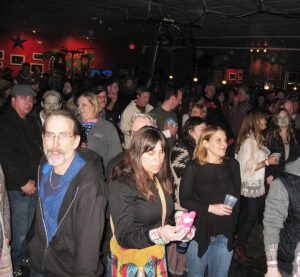 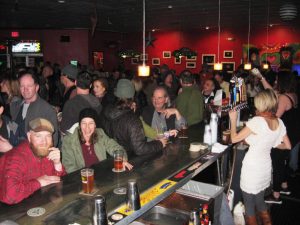 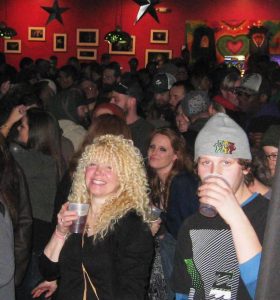 OK you get the idea. For the benefit of those who just coming to the party – Melvin Seals is an alum of the legendary Jerry Garcia Band, a spinoff band of the Grateful Dead. The original, not the Beatlemania version of The Dead currently and perpetually on ‘fare thee well’ tour… Seals, a master of the distinctive sounding Hammond B-3 organ, would be welcome to sit in with any ensemble from coast-to-coast and beyond. And yet, he and his JGB Band, position themselves as “The Keepers of the Flame”: The flame that began with the Warlocks, through the Dead and The Garcia Band, which has had Melvin and as a member since 1980. After Jerry passed in 1995, Melvin and bandmates Cheryl Rucker, Shirley Starks, Peter Lavezzoli, Zach Nugent, John-Paul McLean picked up a fallen standard and tended the fire that burns in devoted Deadhead’s hearts. 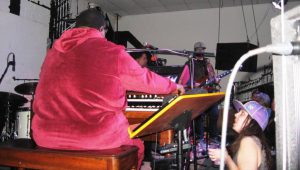 Tonight’s performance was extra special as sitting in were esteemed musicians Ron Holloway on sax and Vinnie D’Amico of moe on drums. 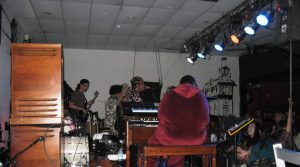 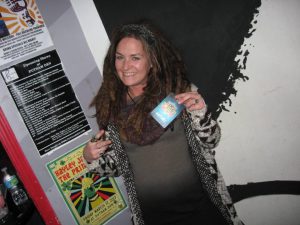 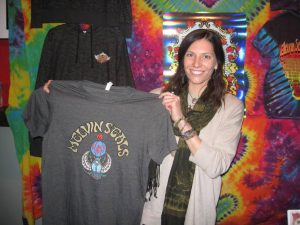 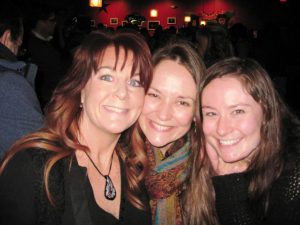 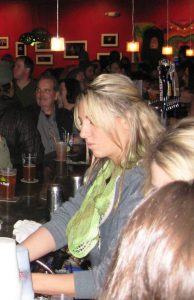 Nothing like a well-tended flame on a freezing night!
*********
Kicking off the festivities on this evening – sparking the flame, if you will, were the fabulous Jamie McLean Band: 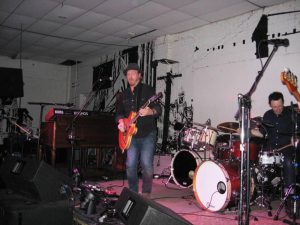 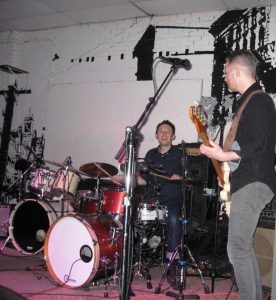 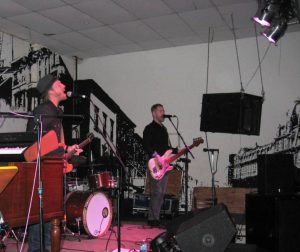 A headliner in their own right, McLean and his bandmates Brian Griffin and Ben Mars had the crowd hopping and revved up throughout the spirited set – which draws influences from Black Crowes and Little Feat, among others.

In the backstage area, I got to see Ron Holloway greet McLean and his mates as they were coming off stage with a combo golf clap/Namaste` – as close to the musical equivalent of the Underwriter’s Laboratory seal of approval as it gets.