Editors Note: Planet Joe is an occasional guest feature written by Joe Greco. He is a NYS licensed guide fishing part-time with Justy-Joe sportfishing charters (visit newyorkfishing.com ). He also works full-time as a production manager at Skidmore College and lives in Saratoga county with his two children Charlotte and Avery. 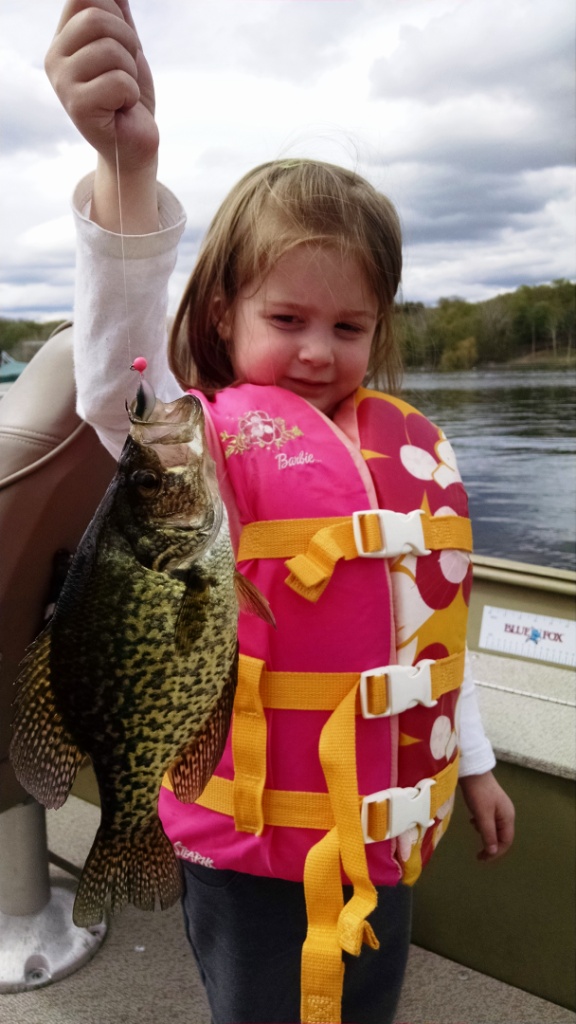 ‘Ice out’ means many things to many different anglers. Trout season is often in full swing and the bass guys are out shaking off the cob webs. I myself will have the Lund out of storage and ready to chase down some jumbo pan fish! We are blessed and spoiled by our bountiful populations of big “bull” blue gill and nice “slab” crappies which swarm the shallow waters of Saratoga lake every spring. These fish, among many other species, will be feeding heavily and actively roaming their spawning areas.

Once March rolls around, the days get longer and the sun begins to warm the shallows. This is mother nature giving them the signal to let the games begin. These fish can provide fast action and are excellent table fare putting them at the top of the hit list for many spring anglers.

These fish will typically spawn in similar areas year after year. Most anglers have familiarized themselves with these areas and with diligent scouting; you can usually find them quite easily.

As soon as the ice is out, water temperatures are usually in the low forties. This is a challenging time for most anglers as the “ice-out transition,” as I call it, can be a perplexing period. The water is cold and the metabolism of the fish is still very slow, so these waters should also be fished very slowly. Many anglers make the mistake of fishing ice-out the same way they would fish in May for example, when water temperatures are in the fifties.

The bobbers and minnows come out, make a few casts, move here and there and come back to the dock empty handed. “Not biting” I hear quite a bit in early April. The reason is the fish are still in “ice mode.” I will fish will the same tiny jigs and maggots as if it were late ice, as the smaller lures are what they want when the water is still in the low forties.

As the water warms, the best bites will progress to a plastics/fathead minnow and jig presentation, as the metabolism of the fish will speed up and get them chasing more aggressive baits. I find a small nymph-style fly tipped with a maggot or two under a slip float to be the ticket under current conditions. Fish these waters very slowly, letting it sit for a long period before moving it.

The other piece to the puzzle is finding the warmest water in the system. This can be done by learning where the weed growth is coming up which will absorb sunlight. The north end of the lake will usually be the first to warm up (due to southeastern exposure). Be sure to scope out the shallowest areas of the lake with black mud bottoms or rocks as well. The first “hot bites” will occur during the first warm days after ice-out.

It pays to fish late in morning or in afternoon after the water has had a chance to warm up a degree or two, which can trigger a feeding binge. It is critical to be a student of the weather this time of year as the bite will be subject to the environmental conditions. If I see dark cloudy days with a cold north breeze in the forecast, I most likely will hold off until a warm front comes in. If you feel warm and happy to be out there on a nice spring day, they will be biting… somewhere. If your cold and miserable it seems like they feel like that too! This can make for a tough day.

A big key to finding the fish is moving. They can be here today and gone tomorrow. A “run and gun” approach is the key to success as different schools of fish will visit different areas as certain times. Once you find one fish – you have probably found many. Using your fish finder, such as the new Humminbird “helix” series, can make life a lot easier. I will scan large flats using Humminbird’s side imaging technology to look for emerging weed growth, which can be a fish magnet early in the season.

Typically, I will set up four spinning rods with five-pound power pro braid. This helps pick up the slack on hook sets after a long cast. They will have clip-on bobbers or a slip bobber with roughly a 3 ft. leader of monofilament attached with a Rosco ball bearing swivel. Sampo and Rosco terminal tackle make the best snaps and swivels out there, and these items are the critical connection between you to the fish!

Spare no expense when purchasing terminal tackle. The swivel will keep your jig from spinning around unnaturally when at rest. I use a small 1/32oz. custom ‘jigs n spins’ jig head most of the time whether fishing plastics or live bait. The hooks on these are deadly sharp and the gap in the hook is critical to ensure a good hook set on a big slab crappie.

The combination of these two things in a jig is very hard to find in many commercial manufacturers. Early in the season, the “Ratso” by Custom Jigs N Spins is a very simple and effective bait when tipped with a maggot or two under a slip float, which is usually rigged to work about 4 to 7 feet under the surface of the water. You need to experiment daily with plastics, flies, bait and depth to figure out what the fish want. I will cast our all four rigs and retrieve them, moving small distances until I make contact. Generally, warmer water bigger baits and smaller baits during cold periods.

Well, it is now time to share a recipe for these tasty little morsels, since I am a full time chef! Here is a simple and healthy way I like to cook crappie when you get bored of the same old fried fish and tartar sauce routine. It’s a New Orleans’s classic, and a great way to enjoy many different kinds of seafood. In my opinion, crappie can often have a slightly catfish like texture and flavor, which lends itself to blackening wonderfully. 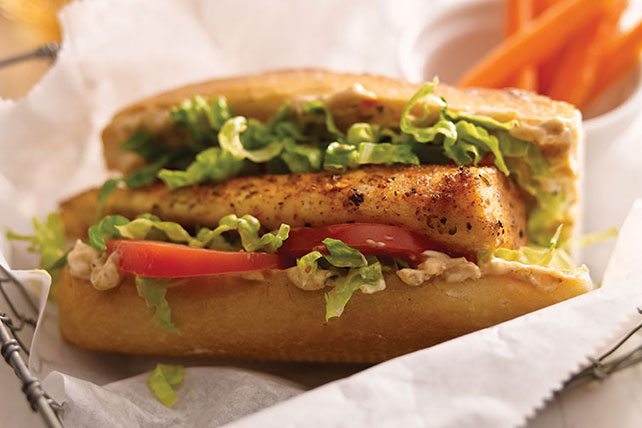 Blackened Crappie Po’ Boy
Ingredients:
3 good-sized crappie fillets
4T blackening seasoning
4T butter
2 cups shredded iceberg lettuce
2 sliced tomatoes
1 cup remoulade sauce-(see recipe below)
4 sub rolls
Directions:
– Coat fish fillets liberally with seasoning.
– Heat a cast iron skillet in the oven until very hot. Add butter and fillets and allow fish to blacken. Transfer the pan to a burner to keep the temperature up. (You may want to do this outside on the grill, as it will produce a lot of smoke).
– Cook for about 3 minutes on each side and set fish fillets aside. 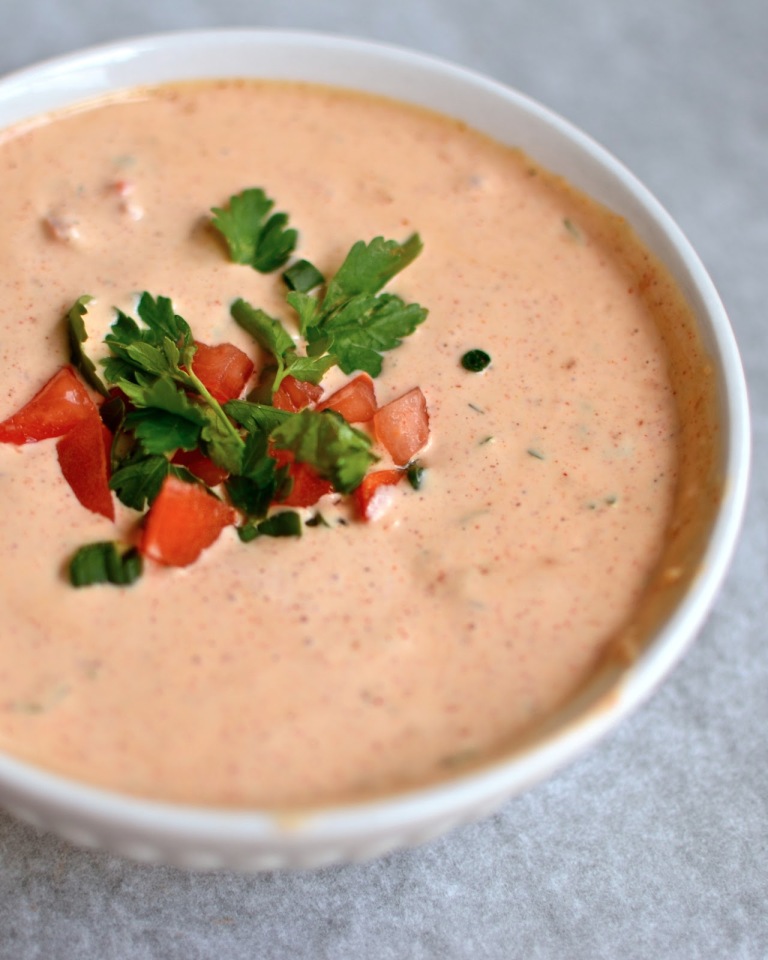 Directions:
Assemble the sandwich with the remoulade, lettuce, slice tomatoes and a heaping pile of blackened fish fillets. Slice and enjoy!