Visit Saratoga.com For Everything Saratoga
Enter Giveaways Advertise
Note: Saratoga.com is not responsible for posts and comments written by non-staff members.
Home  »  theater  »  Thinking Summer… And The Bard! 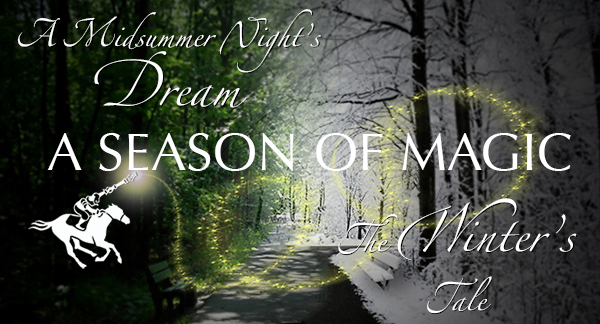 SARATOGA SPRINGS -The Saratoga Shakespeare Company will celebrate the romance and magic of both summer and winter with two of Shakespeare’s most exciting works. A Midsummer Night’s Dream opens on Tuesday, July 18th and runs through Saturday, July 29th. The Winter’s Tale opens on Tuesday, August 1st and runs through Saturday, August 5th. All performances will be in Congress Park, Saratoga Springs, on the Alfred Z. Solomon Stage, at 6 pm. Admission is always free of charge, and Congress Park is entirely accessible.

Both young and old, as well as family groups, are strongly encouraged to attend – with or without picnics – for what has become a beloved summer tradition in Saratoga. As Saratoga’s longest running professional theatre company, our two main-stage productions will feature several members of Actors’ Equity Association, the stage actors’ professional union. In addition, a talented group of other non-union professional actors and members of our Young Theatre Professional Company will round out our casts.

A Midsummer Night’s Dream will be directed by Wesley Broulik. Saratoga Shakespeare audiences will remember his recent performances with the Company as the hilarious Don Armado in Love’s Labour’s Lost and as the witty and verbally facile Cyrano de Bergerac in last season’s Cyrano. Broulik has extensive national directing credits and currently teaches at the Johnny Carson School of Theatre & Film at the University of Nebraska – Lincoln.

A Midsummer Night’s Dream is one of Shakespeare’s most beloved and popular comedies, featuring appealing young lovers, magical sprites and fairies, and hysterically funny rustics. All encounter one another in an enchanted and fantastical world one summer night when everything is upended. Here, “the course of true love never did run smooth.”

Last season, the Company presented two productions in Congress Park for the first time and audiences responded with record attendance. This year’s second production is Shakespeare’s The Winter’s Tale. The Company is excited to welcome director Liz Carlson-Guerin. Liz is a director and dramaturge who specializes in New Play Development, Classic Theatre for Contemporary Audiences, Physical & Devised Theatre and Community Engagement. She served for eight years as an associate director and company member for West Philadelphia’s renowned Curio Theatre Company, and her 2016 Philadelphia premiere of The Birds by Conor MacPherson for Curio was Barrymore Recommended. One of the last plays written by Shakespeare, The Winter’s Tale is a timeless and enchanting tale of love, loss, jealousy and redemption. A masterful blend of tragedy and comedy with a most surprising ending, the play features the theatre’s most intriguing stage direction – “Exit, pursued by bear.”

Since 2000, these productions have become a beloved Saratoga tradition, and many local children have grown up watching Saratoga Shakespeare every summer. The Company has always taken great pride in presenting Shakespeare’s work with great clarity and continues to develop a visually arresting and audience immersive aesthetic. This year will be no different.

Additionally, the Saratoga Shakespeare Young Theatre Professional Company will offer our Community Outreach production of Twelfth Night, directed by longtime company member Tim Dugan. Tim serves as an Associate Artistic Director and Director of Education and Training for the company. Performances will take place during the first week of August in multiple locations, including Congress Park and Skidmore College’s Suzanne Corbet Thomas Amphitheater. These college-aged aspiring theatre artists will train extensively and will also perform alongside our professional actors in A Midsummer Night’s Dream.

For further information, visit Their Website or Saratoga Shakespeare’s Facebook page; or you can contact our Executive Director, Barbara Opitz, at 518-587-2166 (bopitz@skidmore.edu) or our Associate Artistic Director of PR and Audience Engagement, David Girard, at 518-528-1677 (david@davidmgirard.com).