Visit Saratoga.com For Everything Saratoga
Enter Giveaways Advertise
Note: Saratoga.com is not responsible for posts and comments written by non-staff members.
Home  »  Gala  »  Upcoming Events from Shelters of Saratoga and Code Blue

Today’s snowstorm is a powerful reminder that the need to support Shelters of Saratoga (SOS) and Code Blue is as strong as ever. Here are some upcoming activities where you can show your support for their important efforts

SARATOGA SPRINGS – Ed and Lisa Mitzen will be serving as Shelters of Saratoga’s (SOS) Honorary Committee Co-Chairs for the upcoming “Brighter Days” Gala to be held on March 23, 2017, 6 – 9 p.m. at Longfellows Restaurant. This year’s presenting sponsors include Richard Higgins, Vincent, Patty, Ronald and Michele Riggi, and Longfellows Restaurant.

The event will feature a cocktail reception and live entertainment by NonStop Music. There will be a variety of enticing silent auction items available including a handmade dollhouse, Saratoga Race Course Track Box seats, and Druthers ‘Beer for a Year’ package along with many other exciting items. The goal is to raise $65,000 to support homeless services in the Saratoga region. You can view complete event details and make reservations Here. Tickets are $100 per person.

In 2016, SOS touched the lives of over 800 men, women and youth who were either homeless or at risk of homelessness. SOS’s programming follows the Continuum of Care model which helps get individuals off the street and permanently housed through its array of services. SOS services include: Mobile Outreach, Drop-In Center, Code Blue Shelter, Case Managed Shelter, and Affordable Housing. In addition to meeting basic needs, SOS also identifies and refers its beneficiaries to appropriate service providers, such as medical professionals, housing providers and prospective employers so they can get back on the road to self-sufficiency.

During the event, SOS will be acknowledging Greg Veitch, Chief of Saratoga Springs Police Department, with the Help, Hope and Humanity award for his compassionate commitment to serving the Saratoga Springs community. Veitch became a police officer in Saratoga Springs in 1995 and rose through the ranks to become Chief of Police in 2013. Veitch’s dedication to his community is evident by the number of worthwhile programs he is involved in. He has shown professionalism, leadership, and empathy towards issues related to individuals who are homeless and is respectful of the rights of all community members.

“The annual gala provides us with a wonderful opportunity to celebrate the core reason for SOS’s existence: help, hope and humanity for those who are striving for meaningful change in their lives,” says Michael Finocchi, SOS executive director. “It is our pleasure to honor a member of this community who supports the SOS mission and treats all members of the community with dignity and respect.”

The SOS mission is to provide individuals with safe shelter, support services and sustainable strategies to end homelessness in the Greater Saratoga region. SOS relies heavily on the community’s generosity to meet the complex needs of the hundreds of individuals they serve each year. For more information, visitSOS’s website. 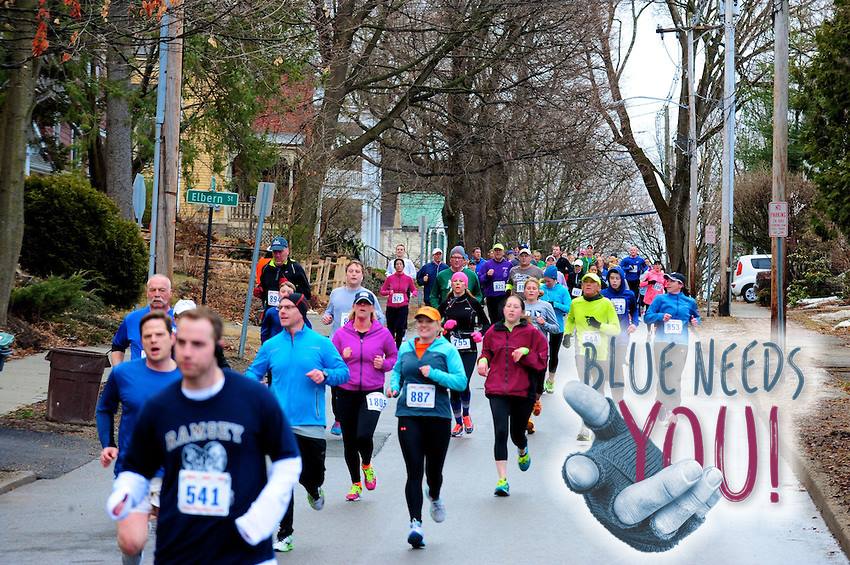 SARATOGA SPRINGS – With record cold temperatures and severe winter storm warnings upon us, supporters of Code Blue Saratoga are gearing up for their third annual “Blue Needs You 8K” on April 15 — and they want to get that message across loud and clear to runners, donors and volunteers.

“When the temperature stays cold this far into the season, it just solidifies the fact that our constant need for fundraising never ends. The funds raised from this race are our biggest contributor to the ongoing costs of Code Blue,” said Michael Finocchi, Shelters of Saratoga executive director.

Shelters of Saratoga, the organization responsible for the operation of Code Blue, announced back on Valentine’s Day that it was the fortunate recipient of a generous gift from the Mitzen Family: a two-story building with construction fully paid for to provide a permanent home for Code Blue. But fundraising efforts must continue to provide furnishings, utilities and operational costs. The goal for the 2017 8K is to raise $43,000.

Organizers say the Blue Needs You 8K is an essential part of Code Blue’s sustainability, not only raising necessary dollars, but also helping to raise awareness among the community about the importance of providing the proper resources and programming for the city’s homeless population.

“The continuum of homeless services provided by SOS often starts with Code Blue’s emergency shelter as the first step,” said Finocchi. “We’ve had a number of success stories who started in Code Blue and are now back on their feet.”

Runners are asked to take the first step of registering HERE. Donations can also be accepted through this site, as well as volunteer registration. The race begins at High Rock Pavilion on Saturday, April 15 at 8:30 AM. 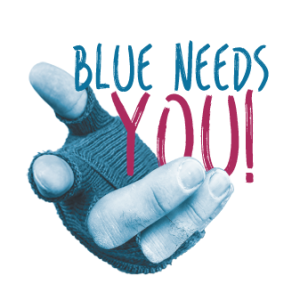