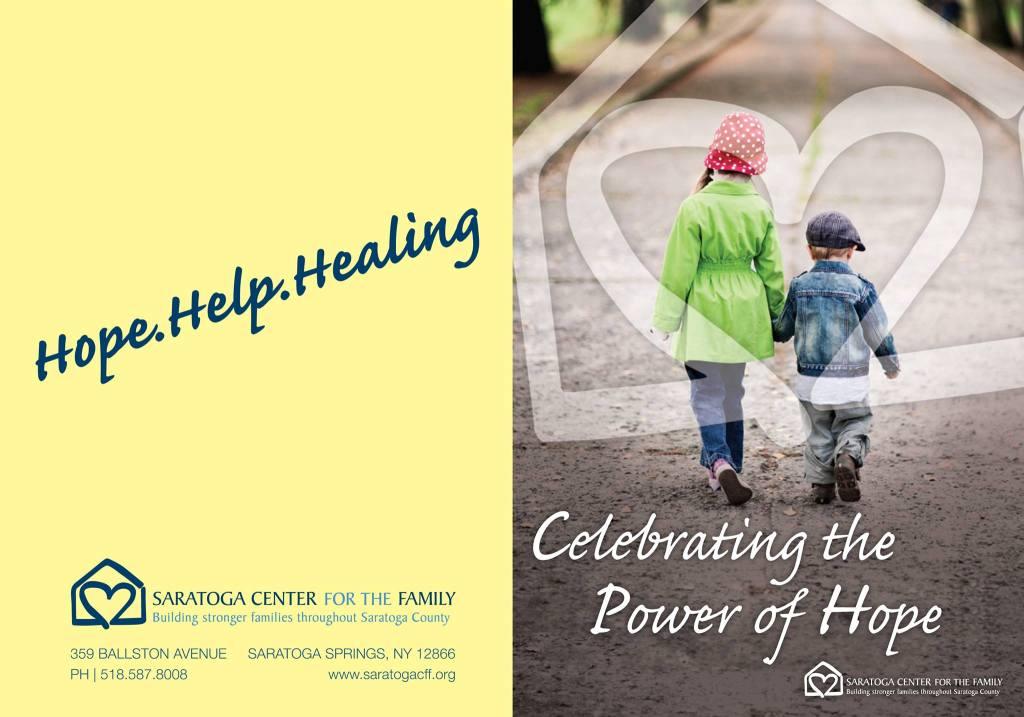 SARATOGA SPRINGS – Since 1983, the month of April has been designated as Child Abuse Prevention Month across the nation. Locally, Prevent Child Abuse flags will line Broadway in downtown Saratoga Springs as a way of showing support and increasing local awareness. However, the agency highlighted on those flags, Saratoga Center for the Family, is committed to protecting children, preventing abuse, and strengthening families all year long.

The Center offers a wide variety of services including mental health counseling, victims’ services and advocacy, and educational and preventative programming. One upcoming program is Heel to Heal, which is a group for teenage girls that utilizes group counseling and walk/run based therapy to increase self-esteem and empowerment. The program begins its 6th season on April 19th and spans 10 weeks, concluding with the group completing a 5K goal race. “100% of our participants last year reported a decrease in depression and an increase in self-esteem,” shared Kelly Daugherty, Clinical Director and creator of the program. “The friendships, mentorship from our volunteers, and simply the act of achieving something they didn’t think they could – all have an incredible impact.”


Saratoga Center for the Family will also hold its annual event, “Celebrating the Power of Hope,” where it recognizes its donors, sponsors, and community partners for their continued support. This year’s dinner will be held on Thursday, April 27th, at Longfellow’s Restaurant (500 Union Avenue, Saratoga Springs) from 6-9pm, and will feature an appearance from WNYT Meteorologist Jason Gough, who is a survivor of abuse. Rebecca Baldwin, Executive Director of the Center, praised Mr. Gough’s willingness to discuss such a difficult subject. “When someone like Jason makes the brave decision to come forward and share their story, it directly combats the stigmas associated with child abuse and its survivors. He paves the way for those hiding in the shadows to come forward and seek help, and eventually to heal. We are so pleased to have him as a part of our celebration of hope.”

Saratoga Center for the Family works to reduce the effects of abuse, trauma, and family dysfunction through advocacy, education, and mental health therapy. The cornerstone of this organization has always been to provide these services to all families in our area, regardless of their ability to pay. To learn more, visit SCFF’s website.