SARATOGA SPRINGS – The Capital Fund of Saratoga County, Inc. operators of the Saratoga Springs Horse Show, has begun making preparations to the show grounds for the 2017 season, its 40th and final year at this idyllic venue on the grounds of Yaddo. Volunteers with the horse show have started their annual clean-up of the show grounds removing the past winter’s deposit of leaves, branches, and other items that have blown in with the wind.

“It’s a big job to clean up the 20+ acres of competition rings and their support areas and then repair the damage done over the year to the fences and other structures on the property,” says Tom Fueston, President of the Capital Fund of Saratoga County. “It’s a task that some of the long time volunteers (some with more than 40 years of service) look forward to each year; to them it is the true beginning of spring.”

Each spring, 500 -700 horses gather in Saratoga to begin their northeast outdoor season at this long running “Premier” (AA) rated Hunter and Level 4/3 Jumper rated show. Each horse brings with it their riders, trainers, grooms, and of course other family members and friends. Depending on the number of horses coming in a given week, this number would typically range from 1000 to 2000 people.

At one time it was one of the largest equestrian events held in New York State. In the early years when St. Clements’ Church and School was operating the show, many of the most talented horses and riders came to compete “at Saratoga”. This has included many Olympic riders and horses and winners of other notable equestrian events both here in the United States and abroad.

“Entries are coming in and it looks like it will be another good year for the show” says Fueston. “With the addition of a third week of competition two years ago, the exhibitors are sharing their joy at being able to spend more time in beautiful, historic Saratoga Springs, often touted as their most favorite stop on their equestrian circuit.”

Next year the show will be relocating to a new venue, allowing the show options for future expansion of services to our exhibitors. To that end, the management of the Saratoga Springs Horse Show is presently vetting several locations in and around Saratoga Springs to determine which location would best fit the needs for this show in 2018 and beyond. A decision on this is hoped for by mid-year.

Since this will be the last year at this venue, the show will be taking a look back at the past and bringing back some of the little things that were a part of it in the “early days”. The popular attractions will continue, such as: On Saturday, May 20th, the Saratoga County Animal Shelter will be on site to share their experiences in helping provide support in finding homes for unwanted pets and waiving their normal adoption fee for Veterans; Thursday, May 11th will be breast cancer awareness day and everyone is encouraged to wear pink as an outside garment in recognition of your support for those who have or have survived this disease.

Each day a “Charity of the Day” will be selected and all “tips / donations” given at the food tent, souvenir area, and the bistro will be given to that charity. And as always, the 143rd running of the Kentucky Derby will be celebrated on May 6th, with a gathering of exhibitors and sponsors to watch the Derby on a “jumbo-tron” set up specifically for viewing the race.

On Mother’s Day, May 13th – to show our appreciation to all the moms who help make this show possible by helping their sons and daughters enjoy the thrill of competing in the sport of competitive equestrian riding. Then on May 20th the 141st running of the Preakness will be celebrated. Also, Saturday May 20th will be veteran’s appreciation day to coincide with Armed Forces Day. Groups expected include the Veterans Peer Connection, Veterans and Community Housing Coalition, Chamber of Commerce Veterans Group and a US Navy color gurad. Additional events are still being added to make this year’s event a place to visit for fun, and equestrian games. 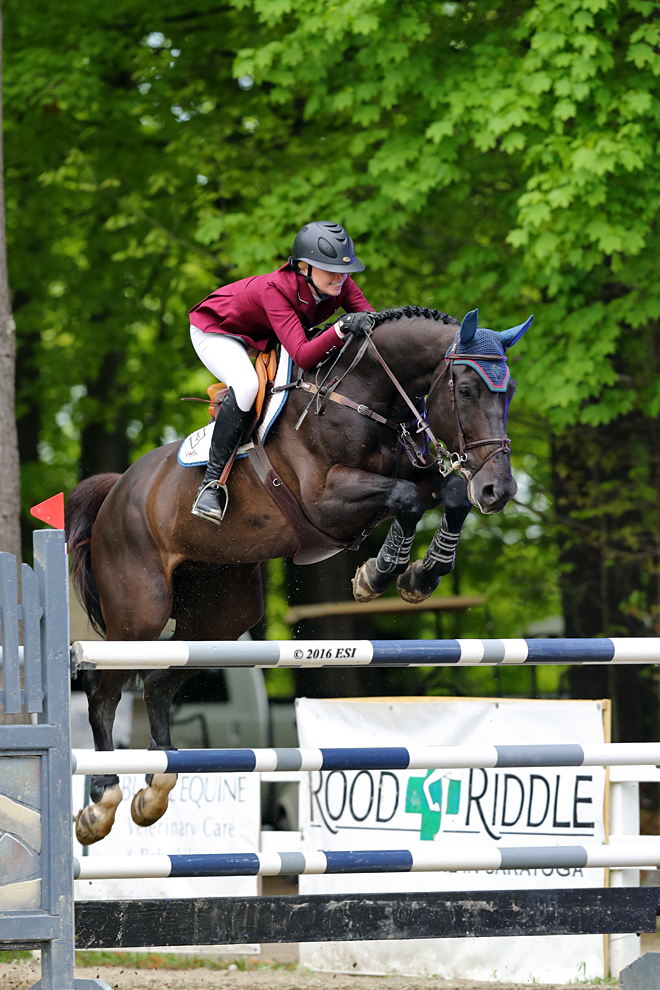 In addition there will be vendors providing merchandise of both equestrian and non-equestrian styles, and of course food and refreshments prepared fresh daily on the show grounds by food service professionals and volunteers. Daily admission (Friday, Saturday, Sunday) is $4 per person 12 and older. Admission is free on Wednesday and Thursday. This year the admission’s booth will be manned by three different charities who will get to keep the admission receipts for their organization’s programs. They include the Saratoga Race Track Chaplaincy, Tears Foundation – Saratoga Chapter, and Angel Names Association of Saratoga.

Competition starts on Wednesday and goes through Sunday of each week. Warm up and first competitions usually begin between 7:30 am and 8 am each morning. Most competitions are over by 5 pm.

The Capital Fund of Saratoga County, Inc. was formed in late 2011 as an IRS 501(c)3 charity to operate the Saratoga Springs Horse Show. Through its efforts to date, the Capital Fund of Saratoga County, Inc. has provided over $256,000 in assistance to 66 local charities (over $61,000 to local charities in 2016). Their charities include over 25 food banks, Saratoga Center for Family, Shelters of Saratoga, EOC Soup Kitchen, Rebuilding Together Saratoga, local hospice groups, Wellspring, Franklin Community Center, B.E.S.T, Community Outreach programs, Veteran support programs, and several others. “Our motto ‘helping others help others’ is what we are all about”, says Fueston. “We hope that as more individuals, businesses and organizations realize what we are doing for our community, they will step up and support the Capital Fund and through our combined efforts we can expand these contributions.”

If you would like to volunteer to help with the show, sign up at the show’s website’s volunteer page or just stop by the grounds at 305 Union Ave on most days between now and the end of May (enter via NYRA gate 15 or 16). For more information contact Tom Fueston at tom@saratogaspringshorseshow.com or call 518-490-1214. You can also write to: Capital Fund of Saratoga County, Inc., P.O. Box 1310, Saratoga Springs, NY 12866