Visit Saratoga.com For Everything Saratoga
Enter Giveaways Advertise
Note: Saratoga.com is not responsible for posts and comments written by non-staff members.
Home  »  Music  »  Town and Gown: UpBeat on the Roof Moves to Thursday Nights

2017 Season Begins July 13
SARATOGA SPRINGS – Frances Young Tang Teaching Museum and Art Gallery at Skidmore College’s UpBeat on the Roof concert series is moving to a new night in 2017. The popular series of free concerts featuring regional musicians will be at 7 p.m. on Thursday nights from July 13 through August 24 on the Museum’s rooftop.

The move to Thursday nights coincides with the Museum’s new year-round hours. The galleries are open Tuesday through Sunday from noon to 5 p.m. with extended hours until 9 p.m. on Thursday. This move will give visitors a chance to visit the galleries before and after UpBeat concerts.

The museum is located on the Skidmore College campus and the roof can be accessed via the museum elevator or outdoor staircases. Due to the popularity of the concert series, visitors are advised to arrive early. Free parking is available in parking lots adjacent to the museum. In case of rain, concerts will be held inside the museum.

UpBeat on the Roof 2017 Schedule 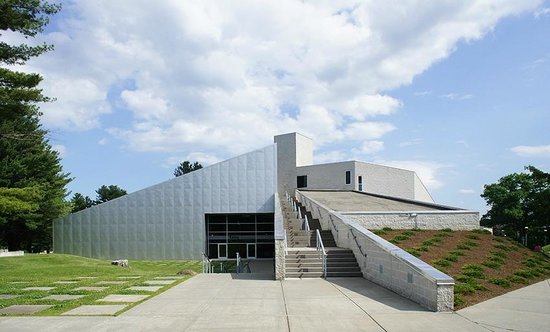 
July 20 — Alex Torres + His Latin Orchestra: Alex Torres returns to the Tang with his 12-piece band to bring energizing beats and percussion-heavy music. The Orchestra showcases and teaches its own blend of Afro-Carribean music at local schools, as well as writing and performing for film and television. Website

July 27 — Heard: Heard combines jazz, classical, and world instruments to form a unique arrangement of sound. The band blends global styles and influences in a way that takes listeners on unexpected journeys. The band last played UpBeat in 2014. Website

August 10 — Cannon the Brave: Albany-based Cannon the Brave’s goal is to “connect listeners with the best versions of themselves” and do so through the positivity and self-exploration contained within their indie pop-rock. Led by identical twin sisters Allyson (vocals) and Whitney Smith (keyboard, vocals), the band includes Eric Margan (multi-instrumentalist), Mike Campana (guitar) and Brian Beverly (bass). The soft harmonies and strumming guitar of Cannon the Brave brings forth their message of acceptance and self-love. The band performs their own emotionally engaging compositions along with an occasional cover during live sets. They will be making their UpBeat debut. Website

August 17 — Ramblin Jug Stompers: The Ramblin Jug Stompers originate from Albany and have performed their mix of old time, bluegrass and folk music across the Northeast. Their exuberant style combines the washboard, guitar, mandolin, and banjo in a spirited quartet. The band last played UpBeat in 2007. Website