Visit Saratoga.com For Everything Saratoga
Enter Giveaways Advertise
Note: Saratoga.com is not responsible for posts and comments written by non-staff members.
Home  »  comedy  »  Victoria’s Formula: The Hard Work That Leads to Laughter 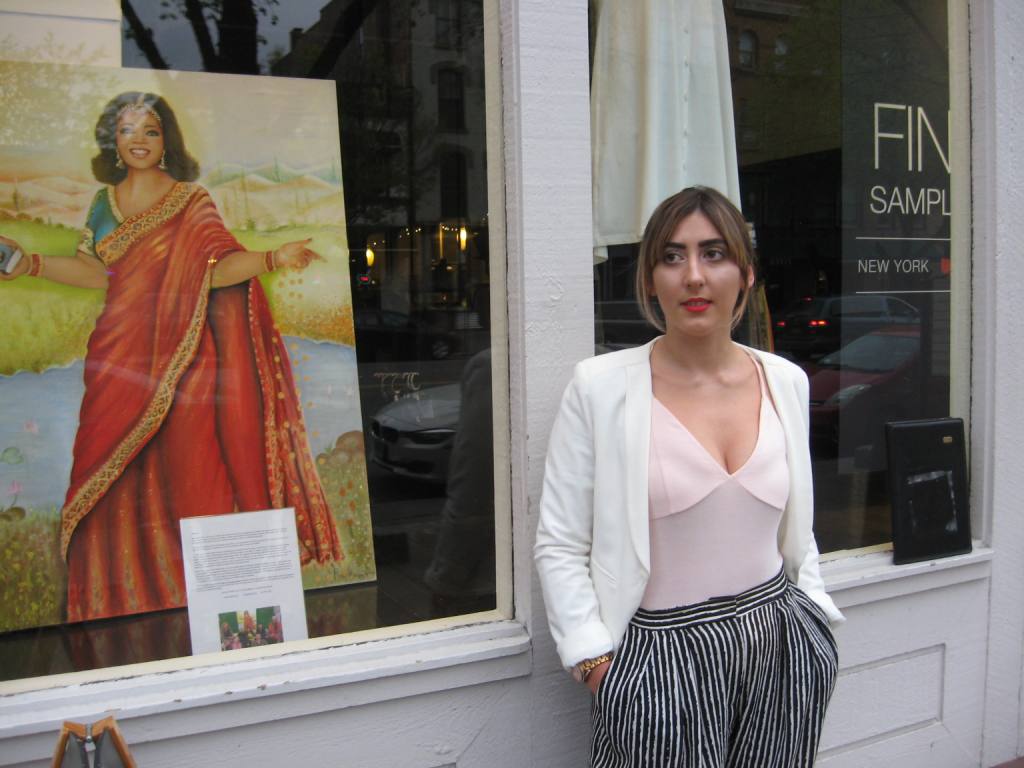 SARATOGA SPRINGS – Why waste time?
Victoria Diana has more than enough ingredients in her comedy bag to be a smash in this business. She’s already taken home victories (see below), and started to perfect her recipe.

She’s got her “Tight 5” together, in case Hollywood appears on Line 2…

“It actually took a year to get it where I wanted it,” Victoria noted. In that year, Victoria estimated that she had accumulated about 30-45 total minutes of material, to draw from on perhaps a moment’s notice, or mixed into the “5” to keep it fresh.

But until Cali calls, she goes to work – for your laughter.

On stage since last July, she’s already notched some impressive wins – placing silver in a “Clash of Comics” in Albany; and striking gold at Binghamton’s “Queen Bee Invitational.” She is frequently on the bill in shows in Vermont and has been making inroads right here in town. Victoria will be part of a nice ensemble of performers tonight at the Circus Café (details below) that all, in their own way, deserve attention.

Among those “ingredients” Victoria brings to the table include News Anchoring at SUNY Oswego’s student-run WTOP-TV, as well as multiple-writing roles, liking live sketch comedy best, and appearing on both sides of the cam in this case. On the live performance stand up dynamic: “It can be, and has given me, the best feelings and the worst feelings. It can give you the “I can do this” high, or the doubting yourself lows…” Victoria says.

No one bats 1.000 – in comedy or baseball – too many variables, the audience and their mood, your mood, etc. But you have to swing the bat, and when Victoria gets to swing, she does so with some nice, yet achievable “next goals” in mind. “Eventually, I’d like to play more classic comedy club gigs. There are some now, but I’d like to increase those – both because they are paid better and the quality of performer is increased too.” Victoria also threw out that she’d like to do more improv – taking questions and topics from the audience, and letting ‘er rip.

She’s also got an interesting project on the horizon: A comedy podcast in colleague Katherine Gauthier’s studio. “The working title is going to be ‘Does this Podcast have Carbs?” – an issue that is very important to Katherine and me,” she said with a bright smile. Podcasts can originate anywhere, with hosts in different places, so: “I feel like I will eventually move to L.A.,” Victoria says, “there would be more comedy writing outlets. But I’ll always do stand up.” 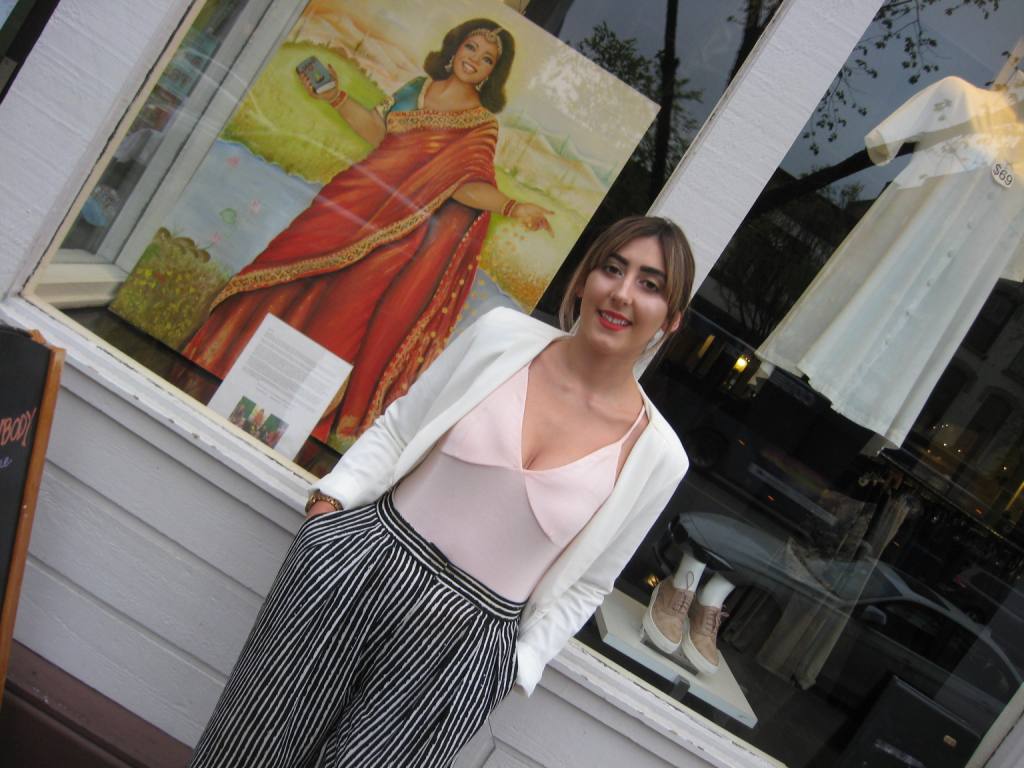 Victoria Diana’s exact future trajectory is still T.B.A. and depends on many factors. But, after all, isn’t that what’s intriguing about new, young performers?

They could be anything. But she, and the performers with her tonight all have a great shot to be something. And that something is always exciting to see.

The Research Department / Instant Gratification Division
on Planet Arthur has determined that you can see Victoria Diana, along with seven other standup standouts
– for FREE – tonight at 9:30 pm:
Circus Café
392 Broadway
(518) 583-1106
circuscafe.com 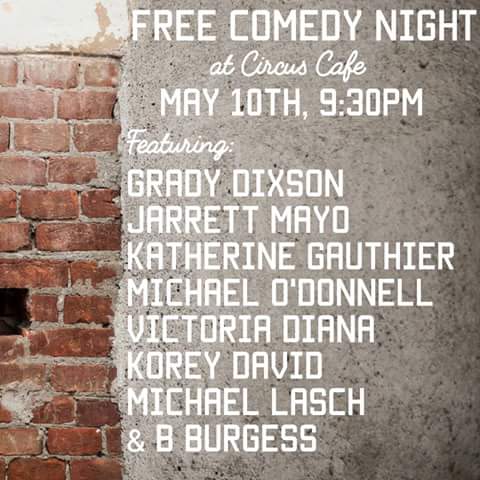