Visit Saratoga.com For Everything Saratoga
Enter Giveaways Advertise
Note: Saratoga.com is not responsible for posts and comments written by non-staff members.
Home  »  Gala  »  A Gala Bright: They Light Up The Night! 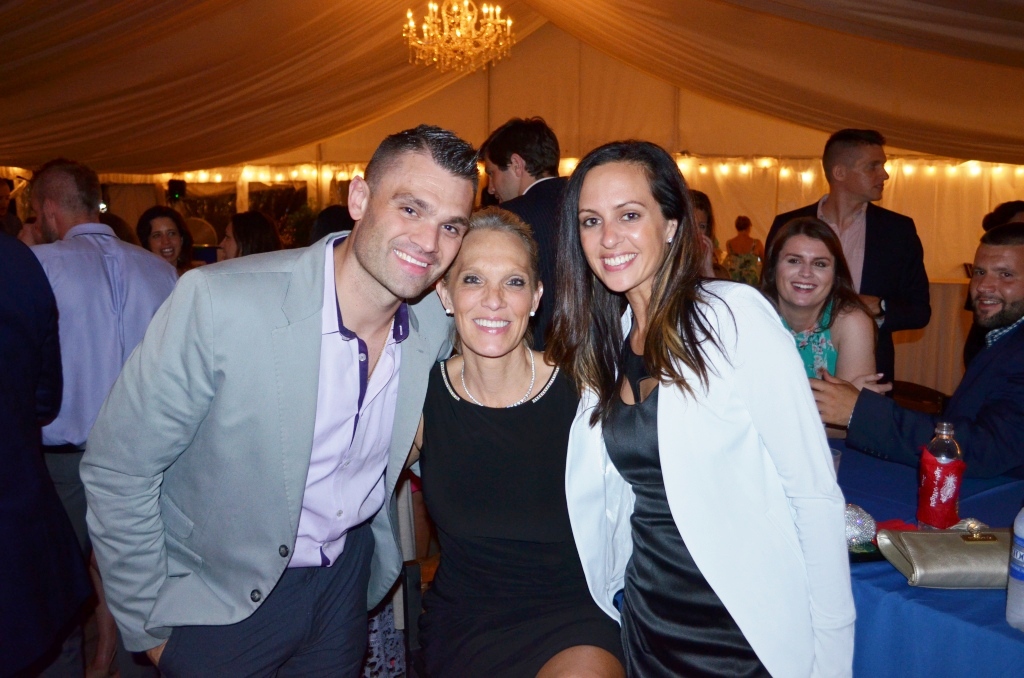 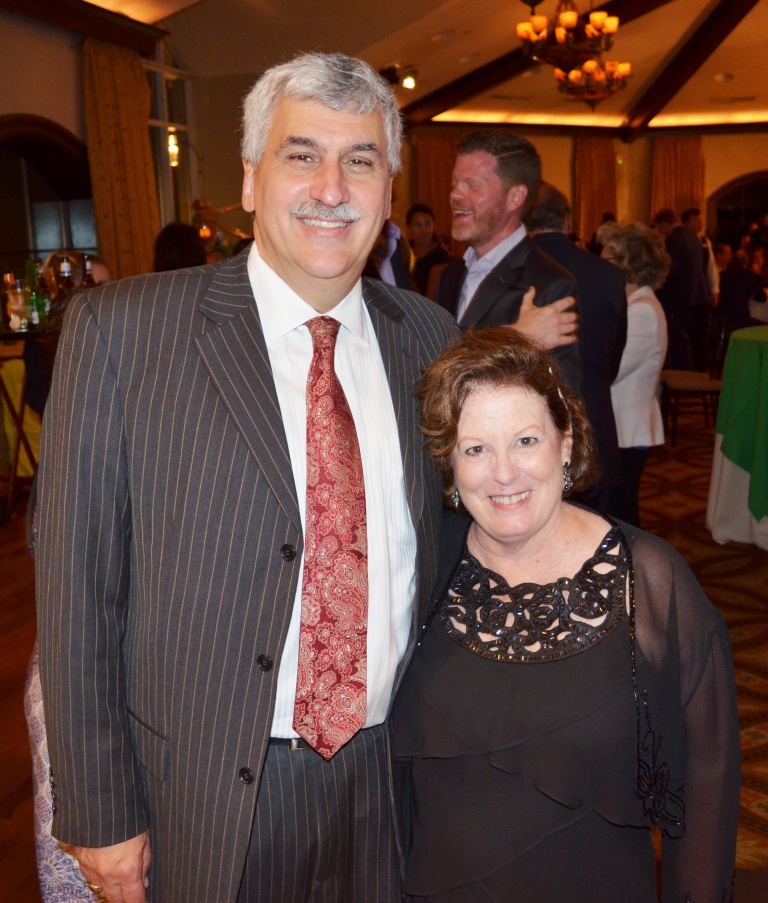 Editor’s Note: On Friday, July 14 – Prime at Saratoga National was host to one of the season’s most important galas. Light Up the Night is an annual celebration of success: indeed, a celebration of the thousands of lives saved each year at Albany Med’s Department of Emergency Medicine.

Proceeds from Light up the Night are used to purchase state-of-the-art equipment and support research opportunities for Emergency Department physicians and staff. A portion of the proceeds will benefit the Pediatric Emergency Department at Albany Med, the only one of its kind in northeastern New York; it is currently under construction and scheduled to open in 2018.

Friday’s weather was iffy all day – and the organizers were fearful that the annual fireworks show from the incredible Santore’s World Famous Fireworks, LLC would not be able to go. But as you can see from photog Matthew Campbell – they not only went off – but were spectacular! This year’s show was timed to highlight four grateful patient stories projected on a giant video screen. 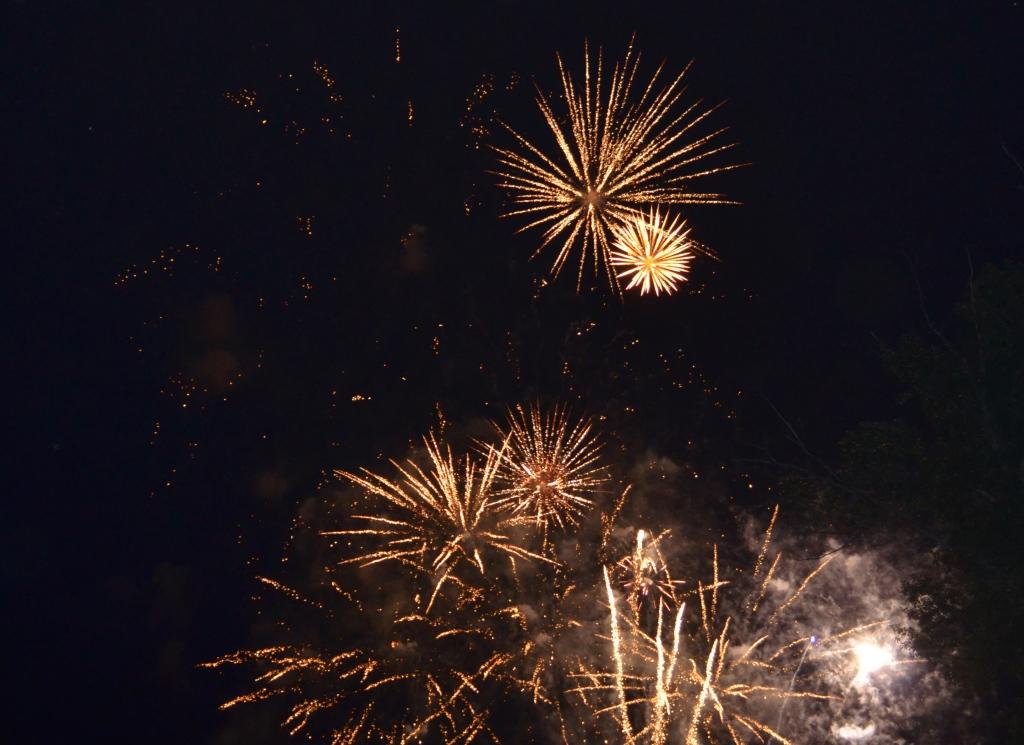 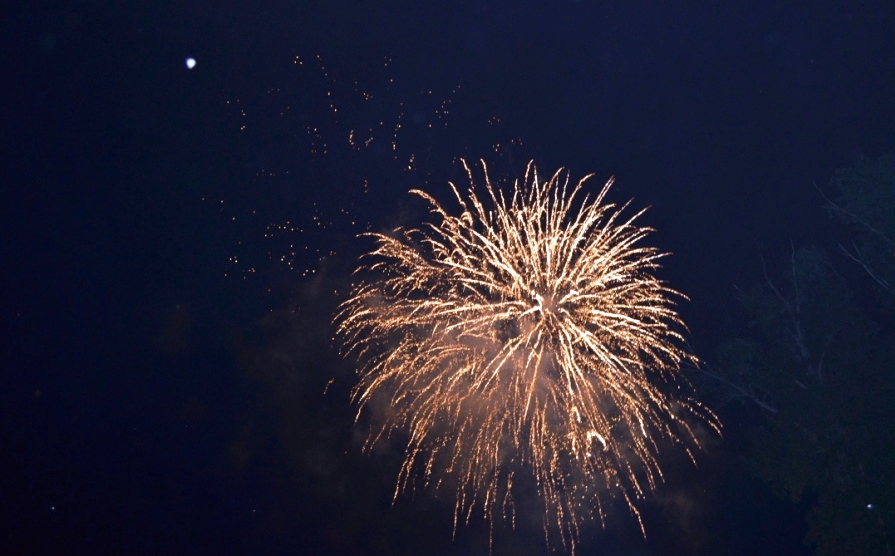 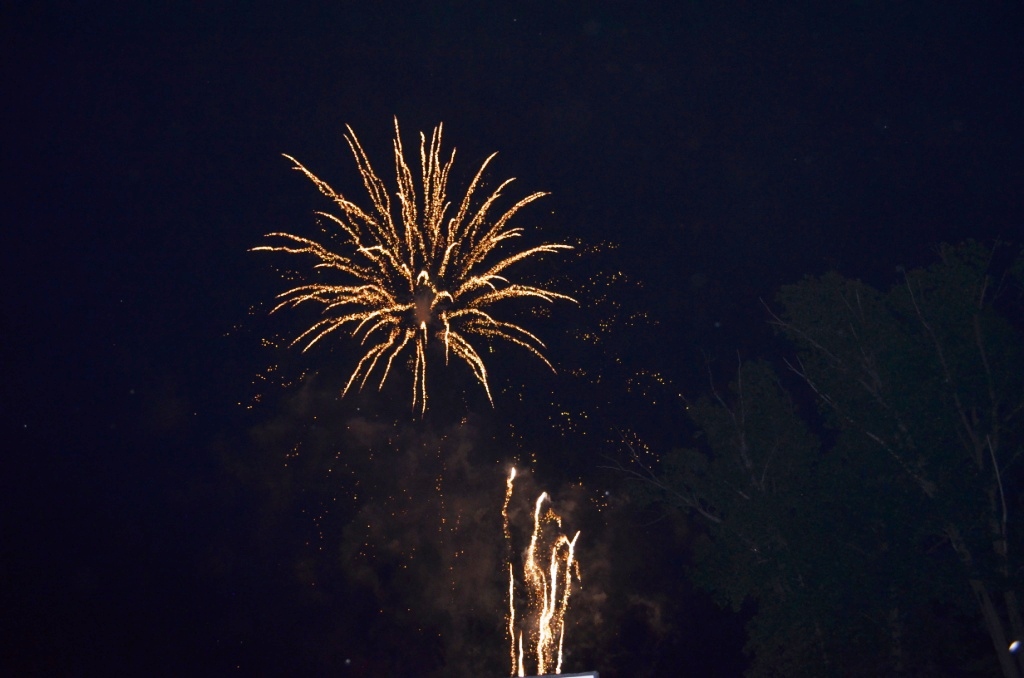 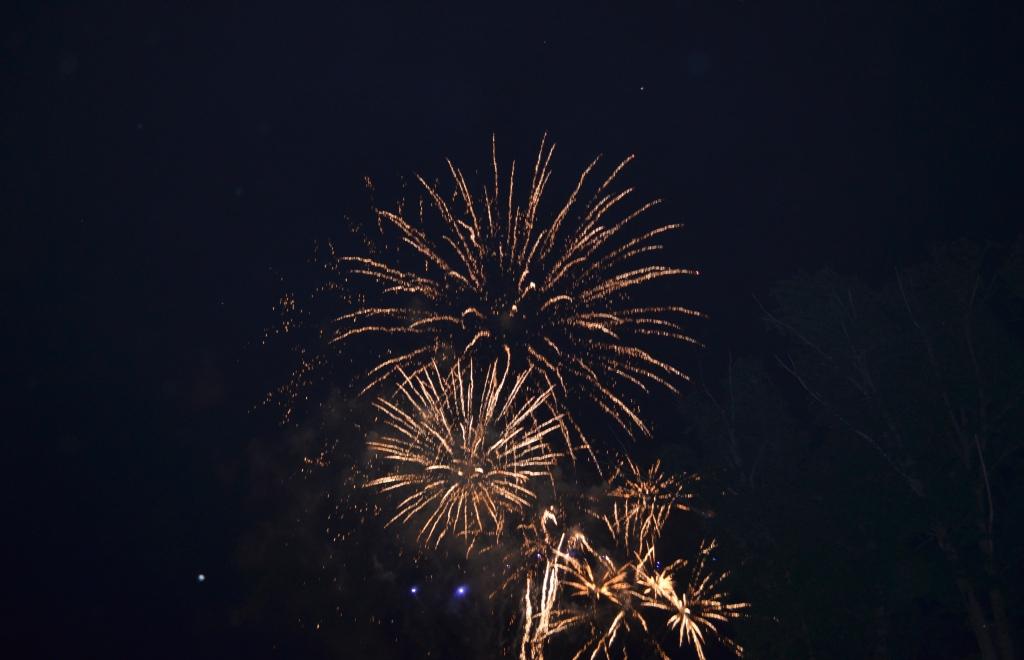 But the fireworks in the sky were not the only bright lights on this special night. We have dispatches from Carrie Rowlands Johnson and Lisa Champagne that detail the bright lights on terra firma at Prime. – AG 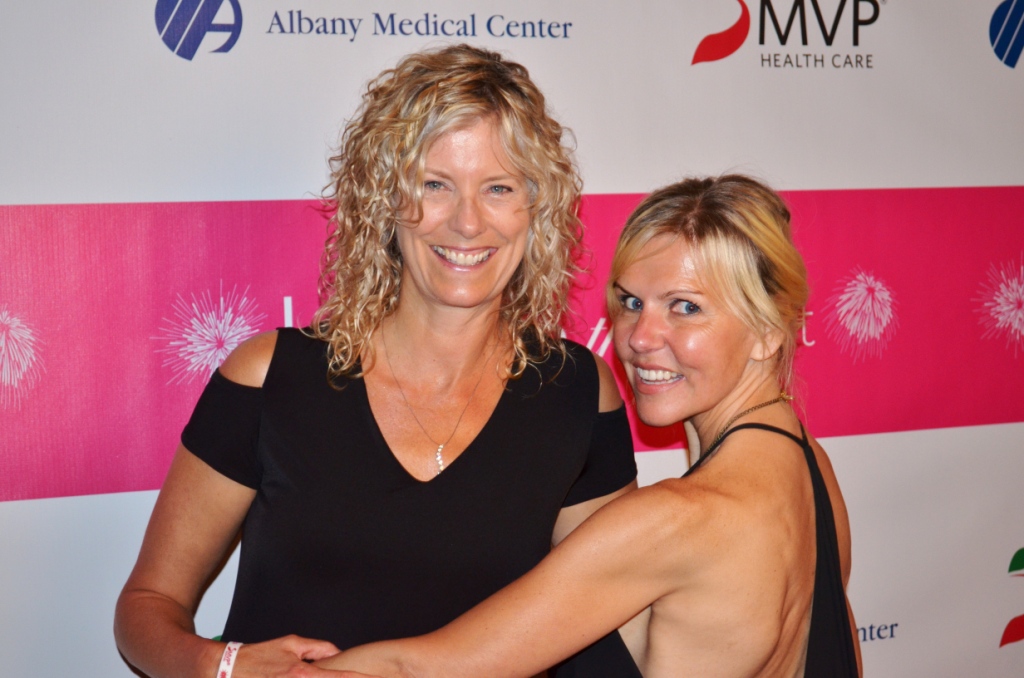 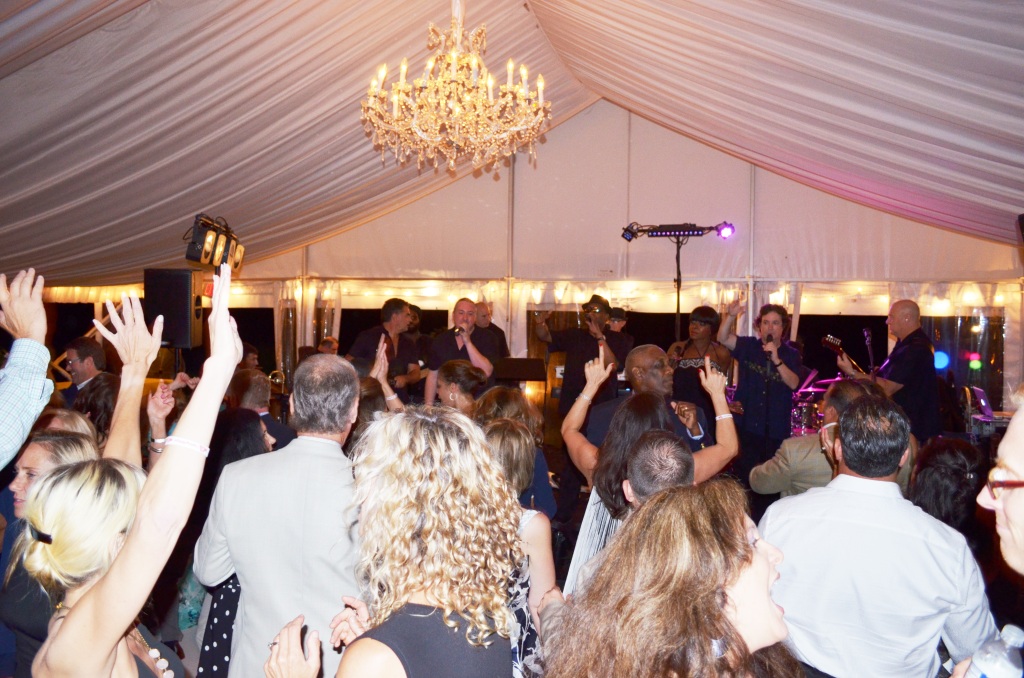 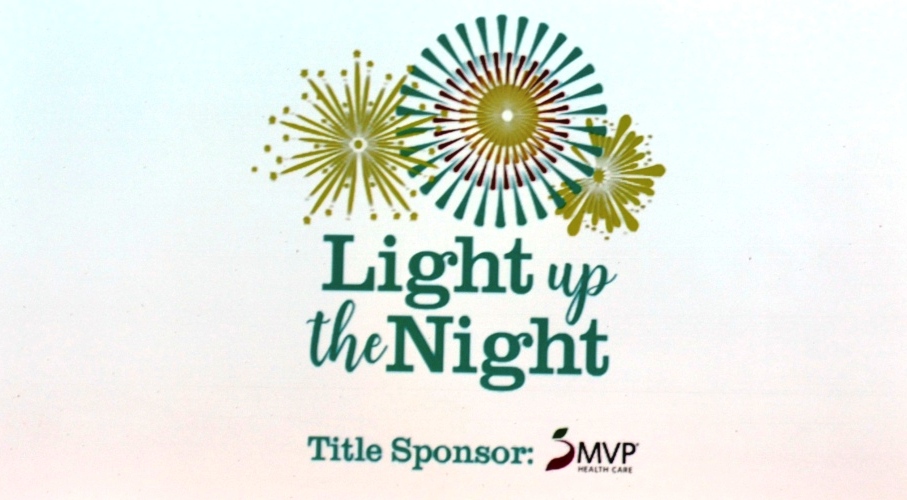 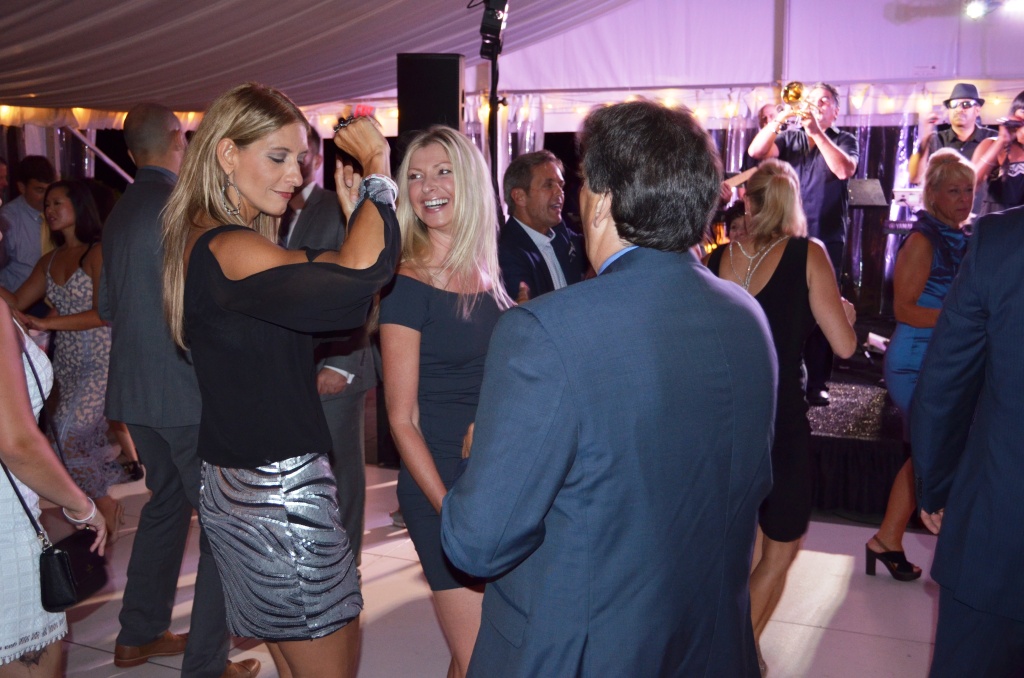 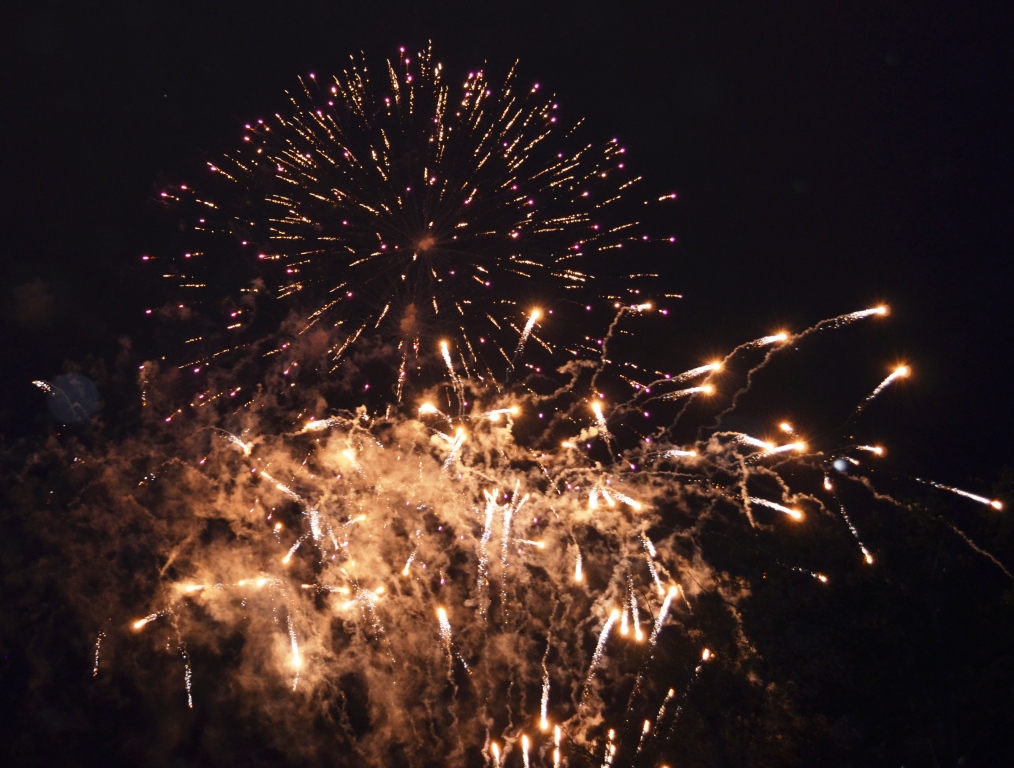 A BRIGHT DELIGHT!
SARATOGA SPRINGS – A wall of tasty cocktails greets ticket holders, martini glasses perching side by side, hundreds lined up one next to the other.

Ladies in cocktail dresses, coiffed and perfumed, standing next to their gentlemen. Hands on hips, blowing kisses, grasping hands… smiling, lips pursed, they pose for the photographer. A light flashes, preserving that very moment forever and ever. 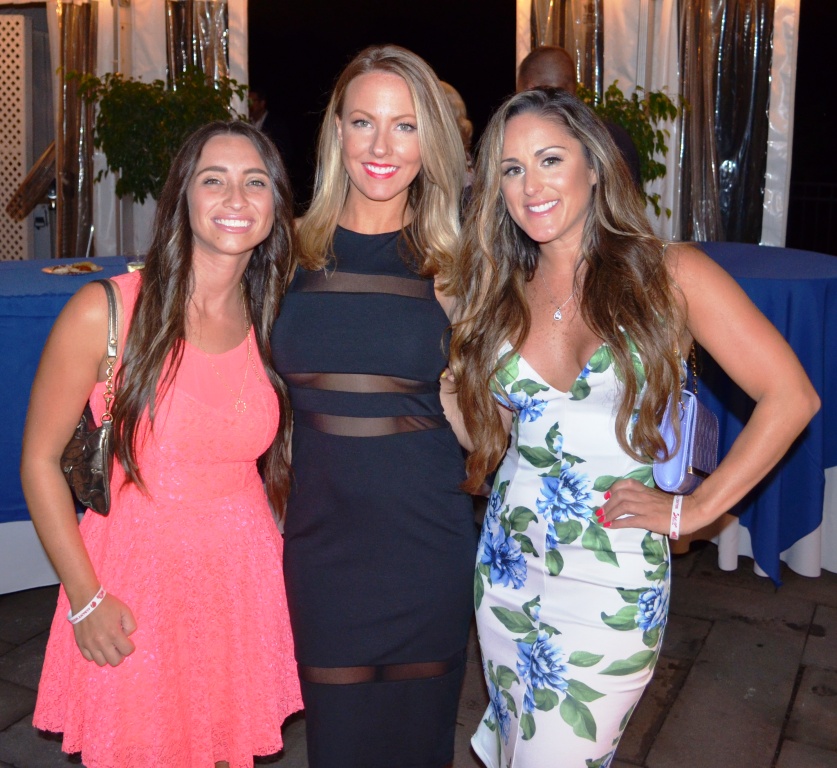 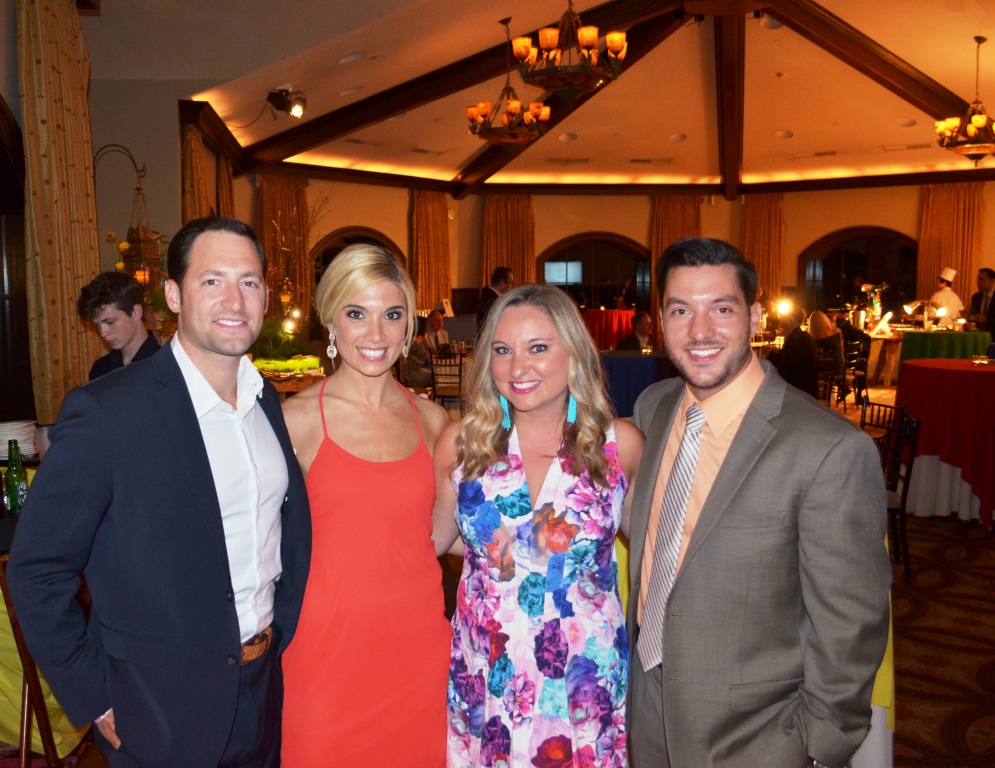 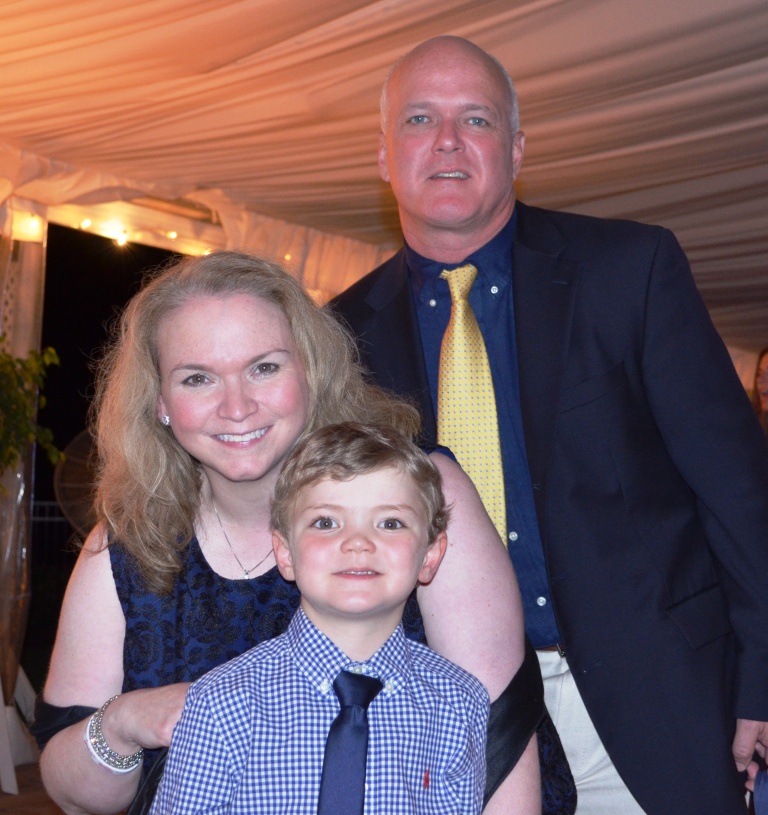 Farther inside, small groups mingle, friends and couples socializing with faces both familiar and fresh.

My blogging partner, and friend since my FOX News days, Lisa Champagne, and I wander the venue. A simple black Susana Monaco is dress of my choice, ordered online at Rue La La but similar to those found at Violet’s on Broadway. Lisa notes the designers adorning women in the crowd. Together, we report for Daily Planet Arthur on saratoga.com. Our mission is to highlight the many galas and fundraisers that populate Saratoga’s summer society scene, entertaining events that raise money for important charities in the area.

I’m taking a bite of Korean chicken as the first fireworks light the night sky. As always, they are awesome and breathtaking, a celebratory exclamation point in the middle of the evening. 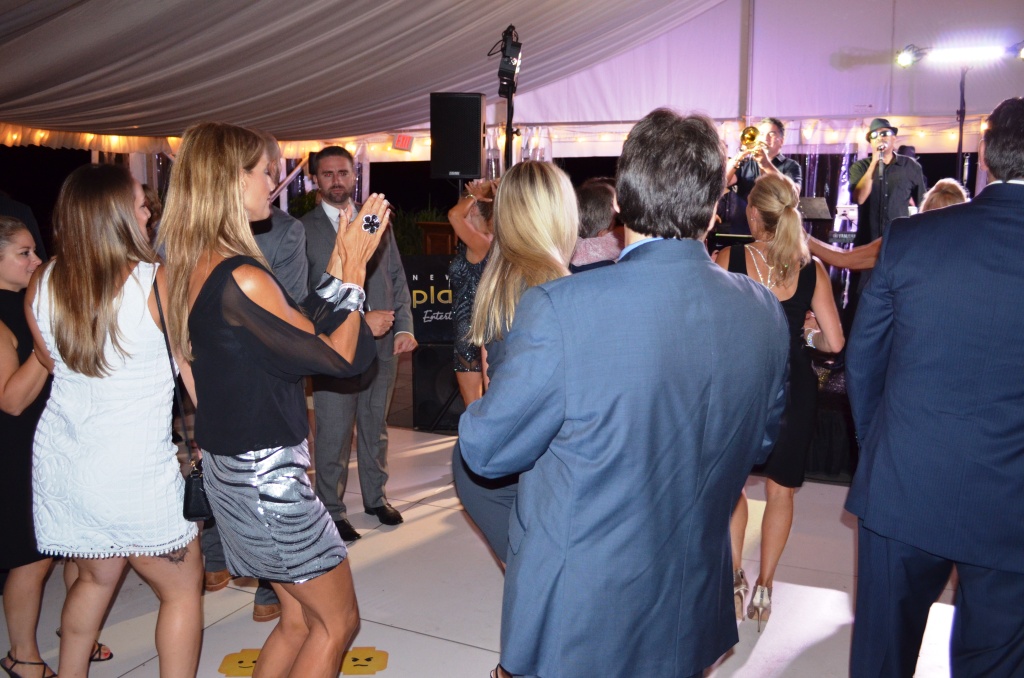 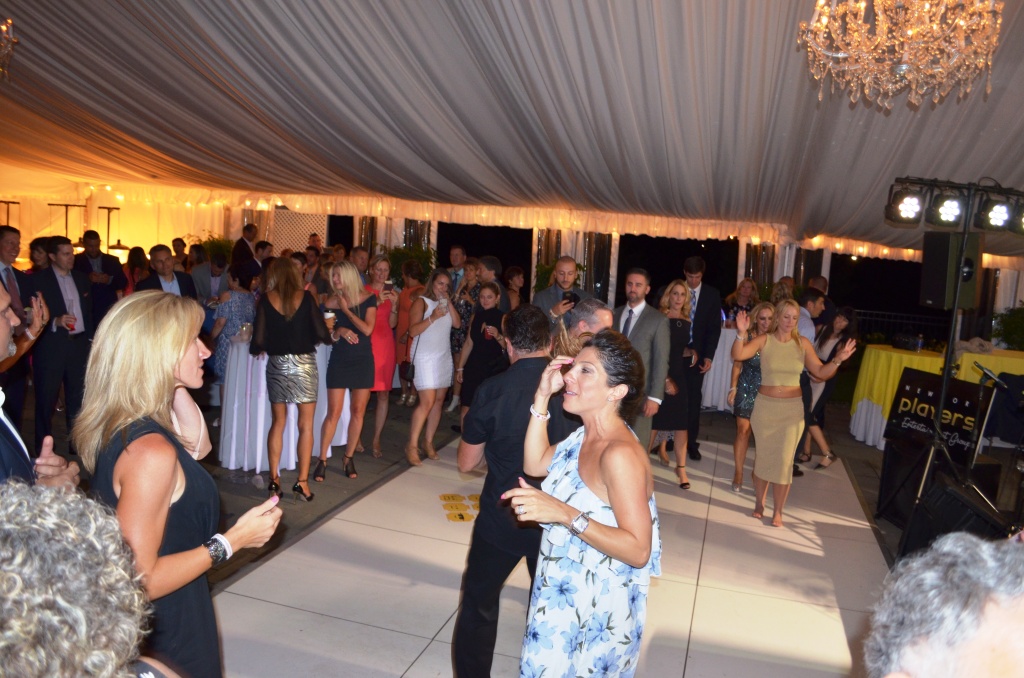 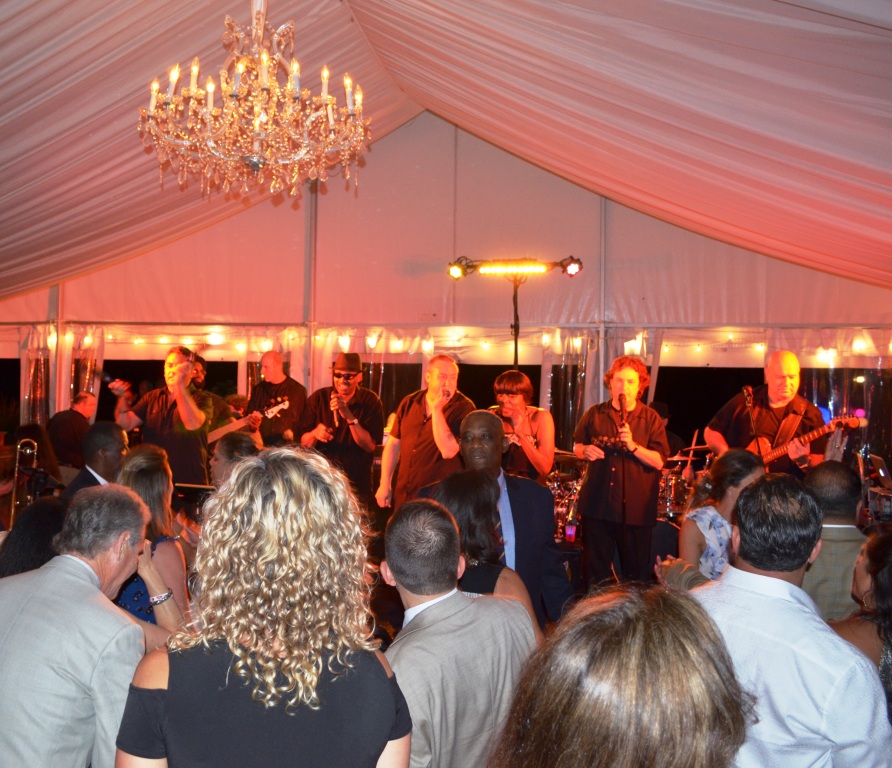 We end our night under the big white tent, laughing and dancing with friends as The New York Players easily live up to their longstanding reputation as a well-loved Saratoga band with an outstanding repertoire of popular music. Whether we “can” actually dance is not really in question… for this is not what this night is about.

But friends together, socializing to benefit a great cause, however, most certainly is.

We spent the evening sipping cocktails under the stars, mingling and dancing to the rhythm of the uber talented New York Players – who never disappoint. And YES- the sprinkler/lawnmower dance are a part of some folk’s repertoire. (Well… mine anyway!) The highlight of the evening was a breathtaking display of fireworks put on by Santore’s — it was gorgeous, Fourth of July kind of gorgeous – and bursts of color lit up the night sky keeping true to the party theme. But perhaps the most beautiful part of the evening (aside from the gorgeous garbs which I’ll get to soon) were the grateful patients who shared their personal story over the big screen reminding us who is truly important and what we were there to support.

As the capital region’s only Level 1 trauma center, Albany Med’s Emergency Department cares for nearly 78,000 patients annually. Proceeds from “Light Up the Night” are used to purchase state of the art equipment, support research opportunities and also fund the hospital’s Pediatric Emergency Department which, when complete, will be the only one of its kind in northeastern New York. This event supports a very important cause, and celebrates the many healthcare providers and professionals who deliver quality care to patients each and every day.

Now let’s get down to business! Who wore what? Well, I can tell you this much… attire for “Light Up the Night” was a far cry from scrubs! The gentlemen were dashing + the ladies gorgeous as they set out to enjoy a fun filled evening. Take a look at some of my best dressed favorites…

All photos by Matthew Campbell 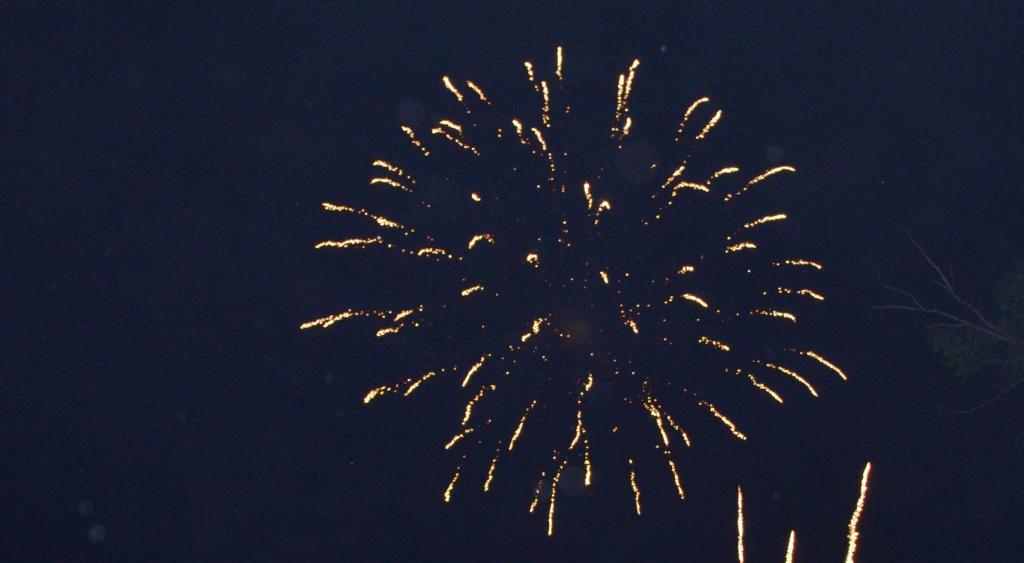