Visit Saratoga.com For Everything Saratoga
Enter Giveaways Advertise
Note: Saratoga.com is not responsible for posts and comments written by non-staff members.
Home  »  food  »  Big Papi to Get All Fired Up! 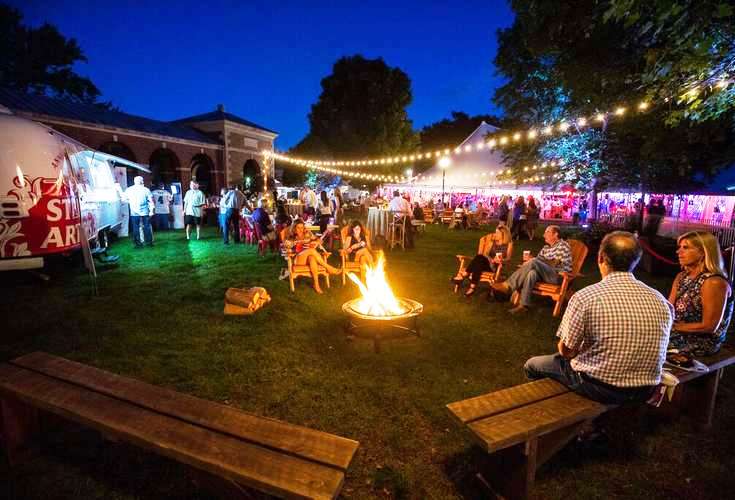 SARATOGA SPRINGS – A special guest appearance by Boston Red Sox baseball legend David Ortiz will be among the highlights of this year’s Saratoga Wine and Food Festival, September 8 and 9 in Saratoga Springs, at SPAC. The sports star, known affectionately to his fans as “Big Papi,” will participate in Friday’s Fired Up! event as well as two smaller gatherings on Friday evening, spotlighting his new line of cigars and Arias wine. Ortiz’s presence is one of many highlights of the 2017 festival, a weekend of events featuring fine wine and gourmet food tastings, luxury car displays and VIP experiences.

“It will be tremendously exciting and an honor to welcome Red Sox legend David Ortiz to this year’s Saratoga Wine and Food Festival. His signature Arias wine and line of cigars will be coveted additions to the premium offerings of our festival and his visit will be a major league event,” said Elizabeth Sobol, President and CEO of Saratoga Performing Arts Center. “He is not only a baseball hero, he is someone whose life and career have been an inspiration to millions of people. We are proud that such an outstanding and beloved public figure and role model will play a part in this year’s festival and gratified that a portion of the proceeds from his VIP appearances will benefit the David Ortiz Children’s Fund, an organization that supports lifesaving pediatric care for children in need.”


Ortiz recently launched a line of wines with the local Ianniello and DeCrescente families. “Arias” is named after David’s mother, Angela Rosa Arias, who tragically lost her life in a car crash in 2002. The multi-colored wine label illustrates two hands raised with index fingers pointing upwards, a salute Ortiz often made to his mother after hitting a home run and now is a symbol to encourage the human spirit to rise against adversity. The Arias portfolio includes a merlot, chardonnay, cabernet and sauvignon blanc.

He has also introduced a cigar line, “Big Papi David Ortiz Cigars,” crafted by “El Artista Cigars” based out of the Dominican Republic. Its band displays a red silhouette of Big Papi also pointing upward, as in his post-home run stance.

Ortiz will headline the following Friday evening events: a 7 p.m. – 7:45 p.m. meet/greet and photo signing for 100 Fired Up! ticketholders who donate a minimum of $50 or more per person to the David Ortiz Children’s Fund; brief remarks to all Fired Up! guests in the main tent, followed by a video presentation on the Children’s Fund; and a 90 minute “Big Papi’s Arias Wine + Cigar Bar” experience for 100 people that will take place in the Hall of Springs Jazz Bar from 8:30 to 10 p.m. A portion of the proceeds from each event will benefit the David Ortiz Children’s Fund, a charity which funds pediatric services for children in New England and the Dominican Republic.

Presented annually at the end of its classical season, the Saratoga Wine and Food Festival is an epicurean showcase featuring two days of gourmet events showcasing fine international wines, innovative chef-prepared menus, cooking demonstrations and wine seminars, expansive tastings, upscale auctions and a luxury auto show. Held under elegant tents on SPAC’s lawn, the weekend is anchored by three events: an Adirondack Road Tour and Luncheon; Friday’s Fired Up! Grill Competition and Saturday’s Grand Tasting and Concours D’Elegance, the festival centerpiece. Presented in partnership with the Saratoga Automobile Museum, proceeds from the festival benefit education programming at SPAC and the Museum.

“The Saratoga Wine + Food Festival will be the perfect toast to SPAC’s 2017 season. Throughout this weekend, we will celebrate and savor the artistry of flavor, in wines, spirits and cuisine while enjoying the stunning ambience of the Spa State Park. Our partners at the Saratoga Automobile Museum will offer a feast for the eyes – a dazzling show of collector cars that will highlight innovation and beauty in automobile design. Also sharing the day will be additional attractions including a VIP experience, live music, a wine auction and chef demonstrations.”

A featured event at Saturday’s Grand Tasting will be the final round of SPAC’s “Home Rangers” Amateur Chef Competition, which includes a cook-off between the competition’s amateur chef finalist and BlueStar celebrity chef Melissa Doney. Chef Doney was a competitor on Season 8 of Fox’s Hell’s Kitchen hosted by Gordon Ramsey. She is the Executive Chef of Brown’s Brewing Company, Adjunct Culinary Arts Professor at Schenectady County Community College, and formerly area chef for ShopRite Supermarkets. The Home Rangers competition is a judged cooking competition for amateur chefs taking place at SPAC over four evenings during the classical season.


Among the judges for the final round will be BlueStar All Star Chef, Jay Hajj. Hajj is the chef and owner of Mike’s City Diner in Boston and his food has been featured numerous times on Food Network programs such as Diners, Drive-Ins, and Dives, Guy’s Big Bite and Guy’s Grocery Games. Joining him at the judging table will be Ariana Philips Editor of Food Network magazine. Chef Suvir Saran, an accomplished chef, cookbook author, educator as well as a farmer who specializes in bringing Indian cooking to the American kitchen will be the final judge. He has appeared frequently on national broadcasts including Bravo’s Top Chef Masters and on the Food Network’s Iron Chef. The competition will be emceed by Steve Barnes, Times Union senior writer and Table Hopping blogger.

Culinary demos will be hosted both before and after the competition from BlueStar All Star Chefs Jay Hajj, Suvir Suran and Michelle Hines Abram Thibeault. Jay Hajj will be available for a book signing following his demo promoting his new cookbook Beirut to Boston: A Cookbook: Comfort Food Inspired by a Rags-to-Restaurants Story.
************************
FESTIVAL EVENT SCHEDULE
FRIDAY, SEPT. 8 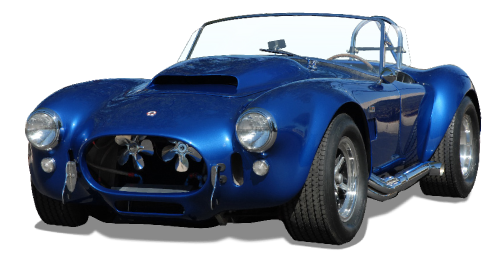 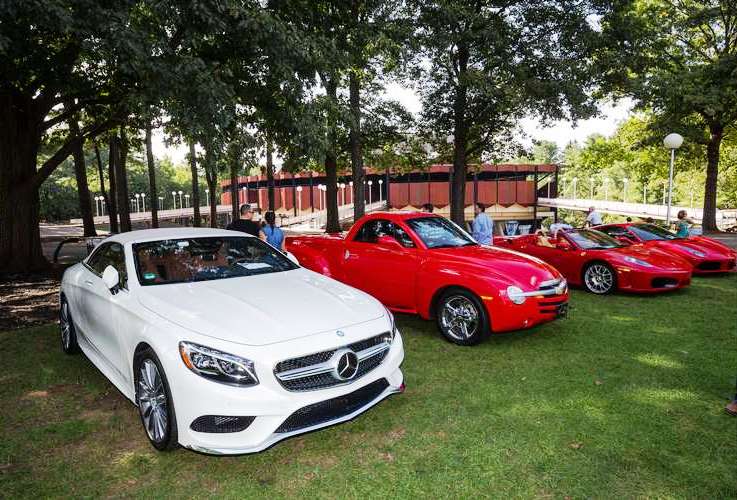 At Fired Up! Presented by Stella Artois and Certified Angus Beef Grill Competition, the kick-off event to the weekend’s events at SPAC, chefs from the Capital Region’s finest restaurants will battle it out for the Fired Up! title as guests enjoy great music, gourmet food, BBQ, a cold refreshing Stella Artois, wines and spirits.
Ultimately, guests will sample the inventive grill-off creations, helping judges to name the 2017 Saratoga Grill Master. Boston Red Sox legend David Ortiz will make a special guest appearance at the event.
The event is held under an oversized tent on SPAC’s lawn.
Event price: $85 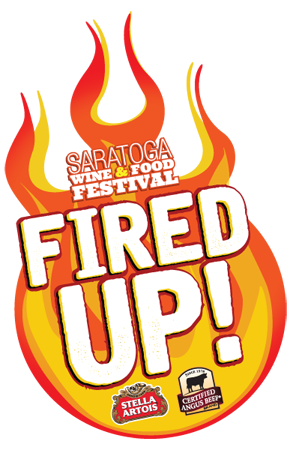 David Ortiz will host a meet and greet for 100 people who will have their pictures taken individually with the baseball hero and receive a signed promotional photograph. This opportunity will be available to the first 100 people who purchase a specially priced Fired Up! ticket of $135, which includes a $50 donation to the David Ortiz Children’s Fund.
Event price: $135

David Ortiz will host a VIP experience for 100 people that will take place in the Hall of Springs Jazz Bar from 8:30 p.m. to 10 p.m. The event will feature an opportunity to mingle with the baseball legend and other guests while enjoying Arias wines, gourmet hors d’oeuvres and cigars. All of the guests will receive an autographed bottle of Arias. A portion of the proceeds from this event will benefit the David Ortiz Children’s Fund.
Event price: $175 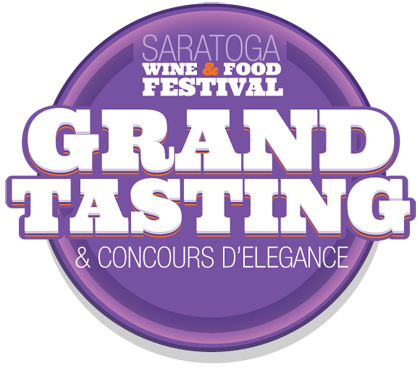 Saturday’s Grand Tasting and Concours D’Elegance event is centered on unparalleled wines, spirits, local foods, and the region’s top restaurants. All guests will have the opportunity to savor exquisite foods created by more than 20 chefs in the Capital Region; a mystery wall, and cocktails, wine and beer. In addition, The Saratoga Automobile Museum will present a show of luxury collector cars including classes of Shelby Cobra, Porsche, Lancia, Maserati, Ferrari, Lamborghini, among others.
Event price: $85. 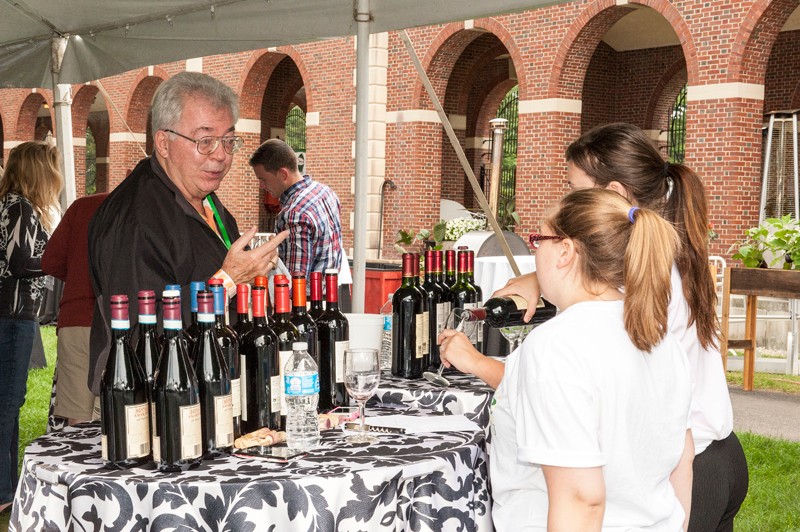 A VIP Grand Tasting ticket, which allows earlier entry to the Grand Tasting and exclusive access to the VIP area, is available for $175.

Tickets to the festival and more information about the complete festival schedule are available at spac.org; by calling 518-584-9330; or in person at the SPAC Box Office.