Visit Saratoga.com For Everything Saratoga
Enter Giveaways Advertise
Note: Saratoga.com is not responsible for posts and comments written by non-staff members.
Home  »  comedy  »  The Thursday Tout: Bet on Pedi-gree

Editor’s Note: With a multi-media star resume in tow, there is no doubt that recommending Christine Pedi is worth a tout. But, you have to respect the one-night-only dimension on top of that. So, if you are looking to impress someone with your acumen in picking date night entertainment, this is a pretty good choice. 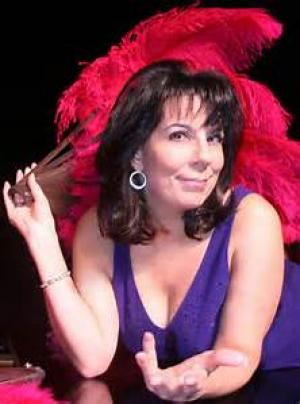 ROCK CITY FALLS – The 801 Supper Club will host Christine Pedi and her cabaret show, GREAT DAMES at The Historic Mansion Inn, for one night only, Thursday, Sept 14. This is Christine’s performance that won the New York Bistro + Nightlife Award having played in New York City, Los Angeles, London, South Africa and beyond.

On Broadway, she recently played Mama in the 3rd longest running musical of all time CHICAGO. Her Broadway debut was in LITTLE ME with Martin Short & Faith Prince.

She’s performed on the Rosie O’Donnell Show and sung in many major NYC venues including Birdland, 54 Below, The Iridium, Feinstein’s, The Metropolitan Room, The Algonquin, Avery Fisher Hall, Don’t Tell Mamas…and the QE2…AND she’s performed for President and Mrs. Clinton (playing a singing Hillary!)

She is the daily host of SIRIUS XM RADIO’S On Broadway channel playing music of the stage + screen and interviewing Show Biz legends.

In June of 2017, Christine hosted the Tony Awards telecast in Times Square.

The Mansion of Saratoga is a historic Saratoga Springs area 9-room inn (each with its own private bath), originally built as an imposing 23-room Venetian, villa-style estate in 1866 by Hon. George West. It is recognized by The National Register of Historic Places. The high-end, Italianate Victorian was converted from a yellow and white plain looking structure to the multi-color “painted lady” that it would have been in 1866. Working with noted interior designer Mr. Edward DeRocker, the interior was changed from plain white walls to shades of gold, lipstick red and deep plum colors.

Your dinner this evening is supervised by Executive Chef Rick Bieber – a classically trained French Chef and graduate from Le Cordon Bleu Collage of Culinary Arts.