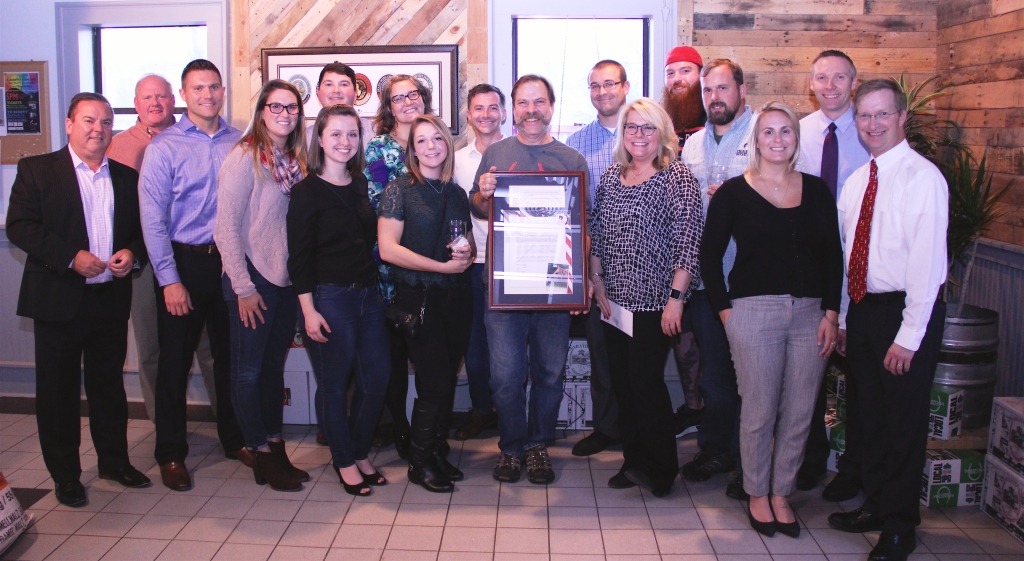 MECHANICVILLE – With tremendous support from the local community, Saratoga Brewing and DeCrescente Distributing Company announce that they have raised $16,000 through their coaster and pinup program, as well as special events, in support of the Saratoga WarHorse Foundation.

“Now in our third year, this program has evolved tremendously,” said Max Oswald, general manager of Saratoga Brewing. “New organizations have come on board and put their own unique spin on the program, from hosting events like Kentucky Derby parties and Keep the Pint Night to creating a 5K team. While some of the players have changed, the mission has remained the same: to increase awareness of Saratoga WarHorse and the amazing job they do for our vets.”

According to the Department of Veteran Affairs and the Department of Defense roughly 22 military service members take their own lives every day. There are a number of reasons for this startling statistic, including the challenge of adjustment and transition to life after military service as well as the negative stigma around seeking help in the military community. However, support and assistance is exactly what suicidal veterans need, and that is where Saratoga WarHorse comes into play.

Through a three-day, interactive experience between veterans and retired thoroughbreds, a mutual trust and profound bond is established. Veterans receive an effective, alternative method for healing emotional wounds, while the retired thoroughbreds receive rewarding and meaningful work after their racing careers have ended. This program has had a 100 percent success rate.

“We are thankful to our veterans and privileged to be a part of this program,” said C.J. DeCrescente, president of DeCrescente Distributing Company. “We are all extremely fortunate that there are organizations like Saratoga Warhorse and this campaign allows us to show our gratitude to those who have served.”

For more information about the Saratoga WarHorse Foundation visit their website or call (518) 886-8131.