Visit Saratoga.com For Everything Saratoga
Enter Giveaways Advertise
Note: Saratoga.com is not responsible for posts and comments written by non-staff members.
Home  »  Culture  »  Team Fingerpaint Is Ready to Dive In!


SARATOGA SPRINGS – Here’s what I’m amazed by…
How these people manage to find the time to get any work done – let alone, the multi-award winning work that they do – is beyond me!

And yet, each time I have the pleasure of dropping by the HQ of Fingerpaint Marketing (Broadway and Division Street) I can count on seeing two things:
1) A trophy wall that appears to be organically growing, and
2) Something that I don’t quite believe I am seeing. 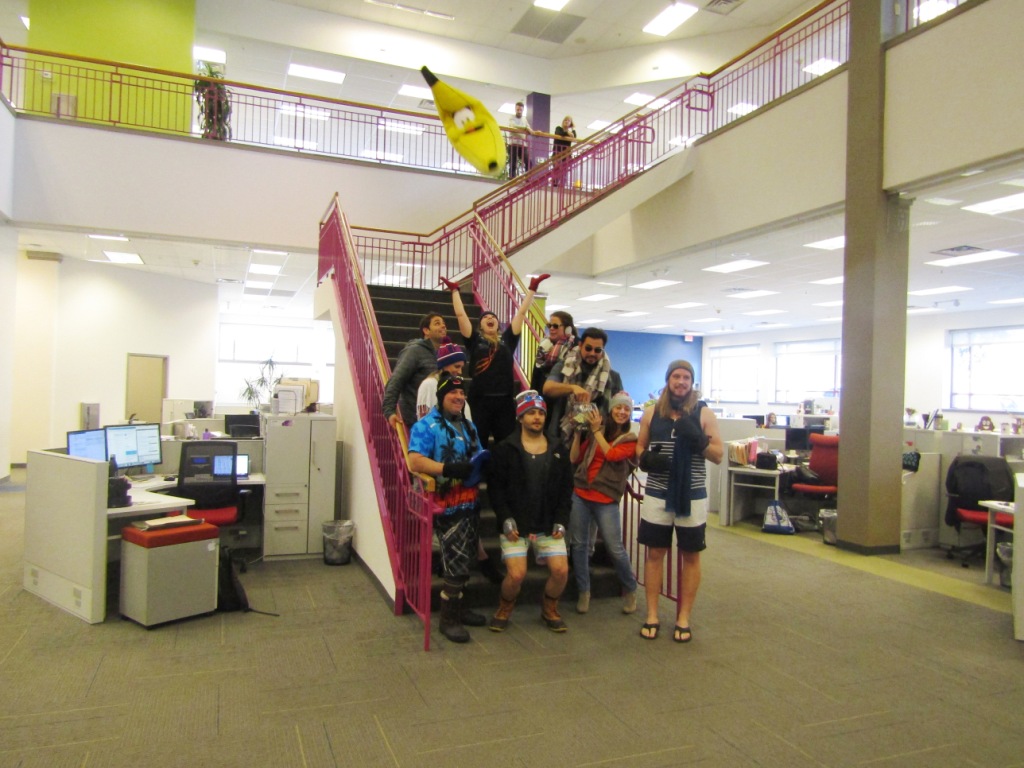 All of which is lead-in to say that when Team Fingerpaint gets behind a cause, they plunge in – head first; feet first – whatever it takes.

“Fingerpaint has declared its ongoing sponsorship of Special Olympics New York (SONY),” explains Bo Goliber as an prime example of the company’s philanthropic commitment, “and so, we involve ourselves in every event they do.” But its what they do to support SONY and other not-for-profits and social action agencies that is distinctive and always unique… such as when I said to Bo “Of course, we’ll have people bundled up in the middle of the staircase, ready for Lake George Beach – in the middle of a workday for a photo shoot to promote this…”

And her reply was along the lines of: “check.” 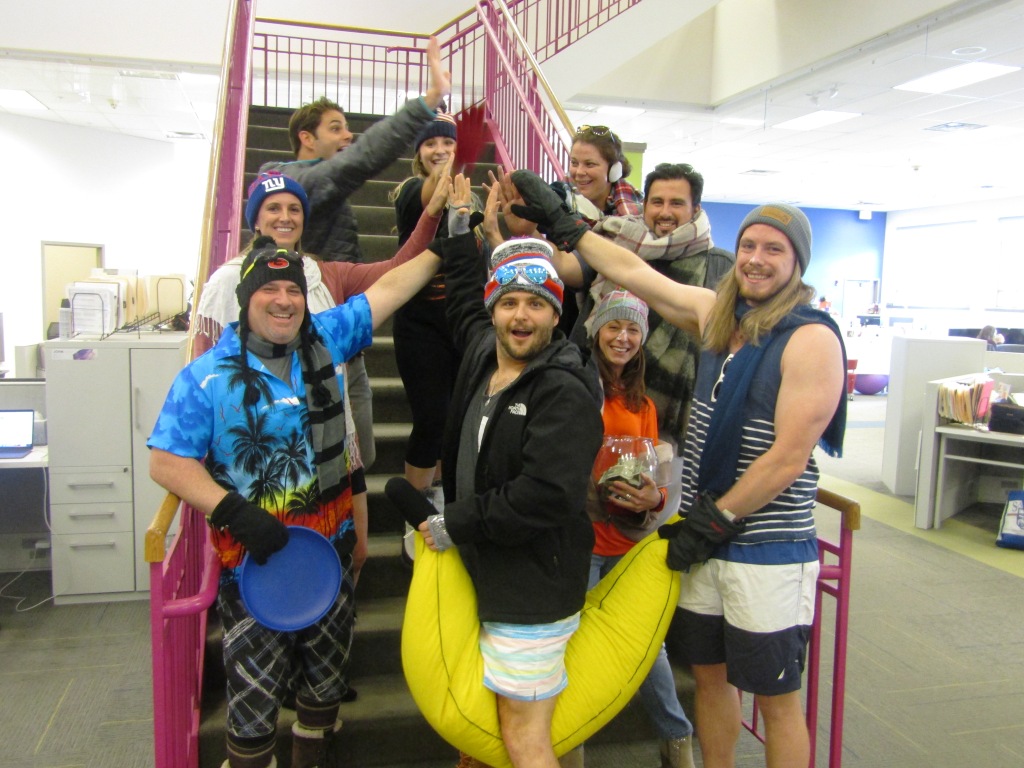 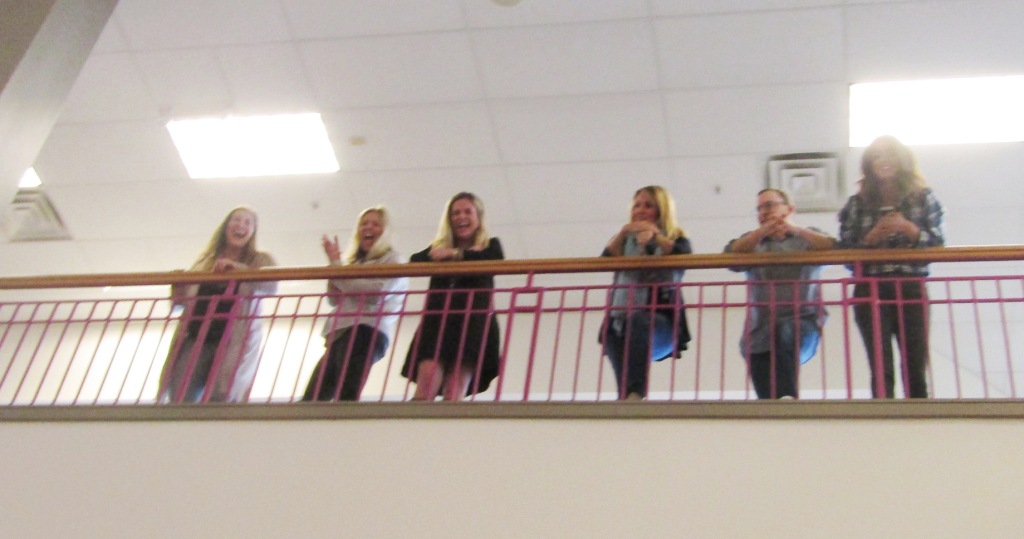 And so here we are.

The roster of Team Fingerpaint is diverse, including family members, first-time plungers and first-time fundraisers (which can be a more shocking experience than the Lake to some), and some experienced Polar Plunge Vets – including two (Anne and Tiffany) who regard the Plunge next month (High Noon on Saturday, November 18) as a comparative balmy day at the beach compared to the January plunges they each have braved.

Like most of these things, there is an online scoreboard HERE, in which you can get up to date totals on each member of Team Fingerpaint’s fundraising progress. Some have done quite well to date – with five already qualifying for a comp room at the LG Holiday Inn on event day. “It’s sparked a little friendly competition among colleagues,” Bo said brightly, “Many team members remarked that they are surprised by the generosity of people they are asking.”

One such friendly competition involves Bradleigh and Nick; pitting an involved political fundraiser (Bradleigh) vs. an admitted “naturally gifted” newbie to the fundraising arena (Nick). A quick peek at the scoreboard shows that they are running 1 -2 by a good margin, with Brad surpassing the $1,000 mark in pledges, and Nick close on his heels. “I added $350 just this morning,” Nick noted. So expect this one to be neck-and -neck to the November 18 wire. At stake are Manhattan’s at Boca Bistro, among other assorted bragging rights.

I won’t hazard a prediction in this race, but I will say: Team Fingerpaint as a whole means business. The business of goodness; in which they display the same award-winning behavior that they bring to promoting their client’s features and benefits. Which is to say, the best available. They’re on the job, and ready to dive in.