SARATOGA SPRINGS – The National Museum of Racing and Hall of Fame hosted a 1920s thoroughbred racing-themed murder mystery event on Saturday, January 20. About 75 guests were immersed in the glamour of Saratoga Springs during the “Roaring Twenties” with the proceedings MC’d by the Newport Murder Mystery group.

The 1920s were defined by gambling, danger, deception and tremendous thoroughbred racing. The legendary Man o’ War was the greatest sports figure of the time. He even had his own security guards to protect him from murder plots organized by gambling interests. Tonight’s guests met a cast of colorful period characters … including mega-gambler/fixer Arnold Rothstein – and other nefarious characters, who were trusted at the guests’ peril! 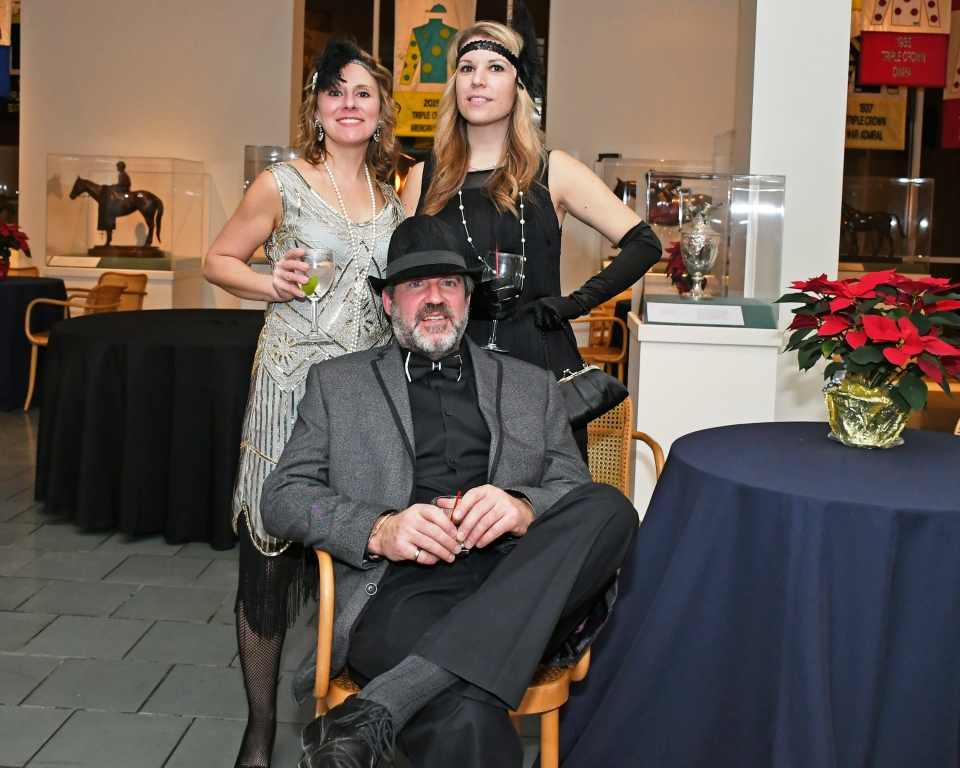 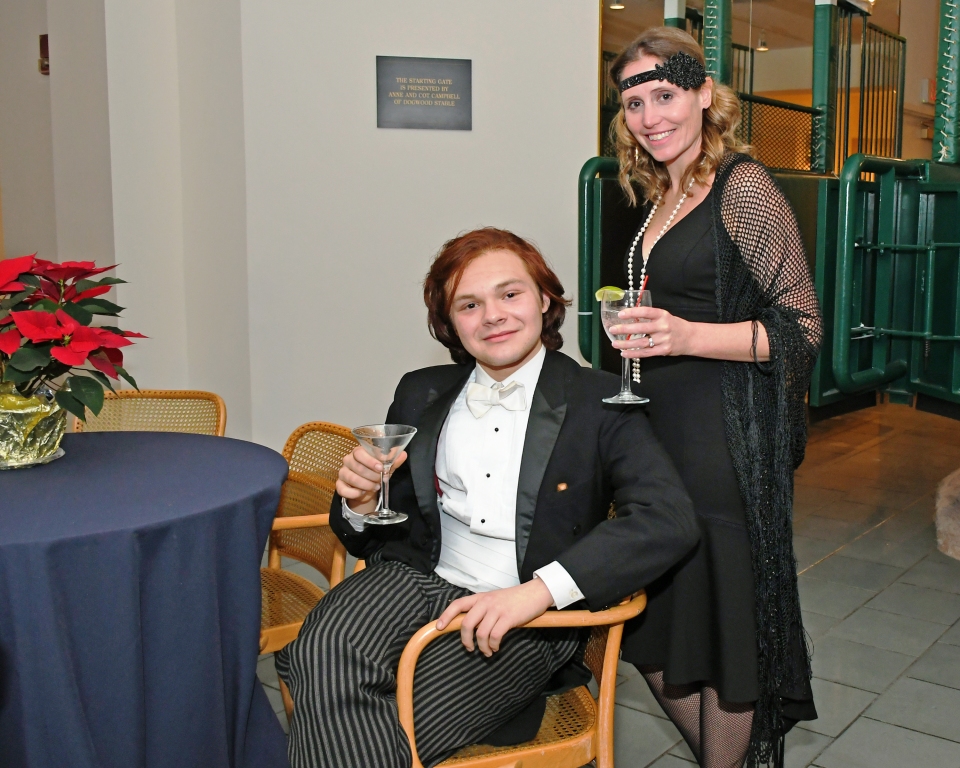 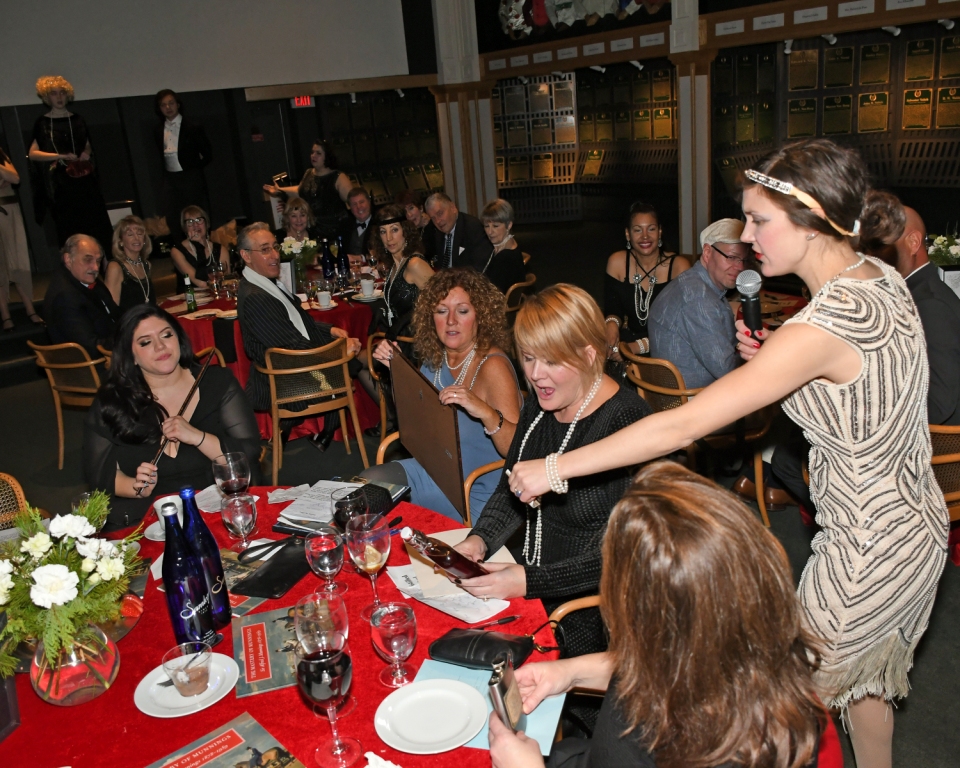 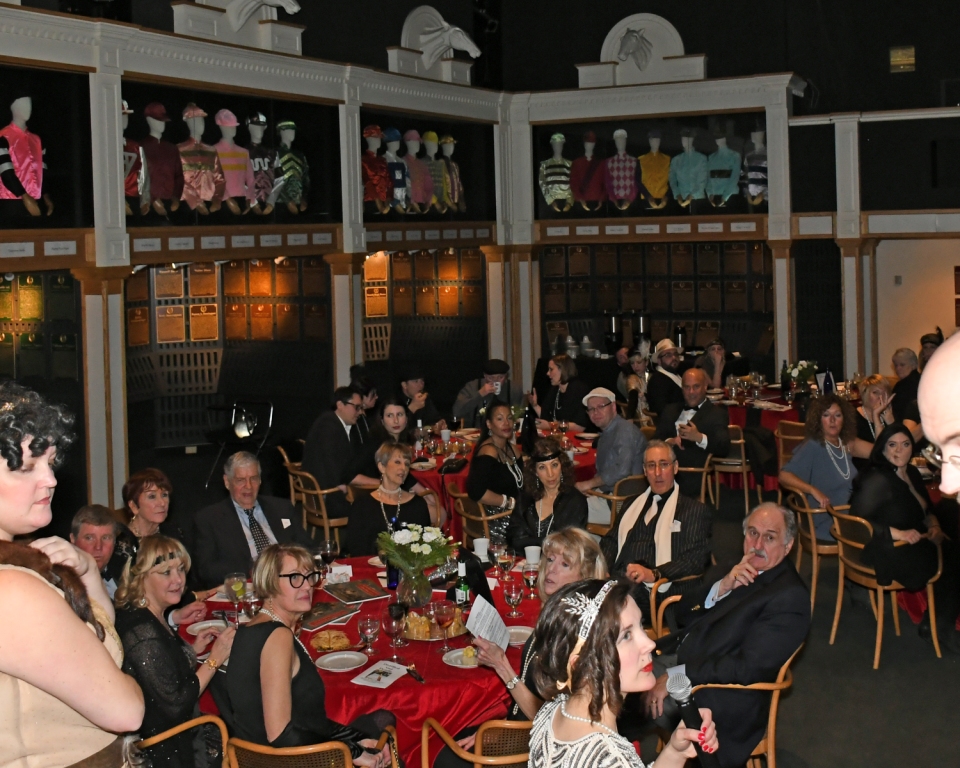 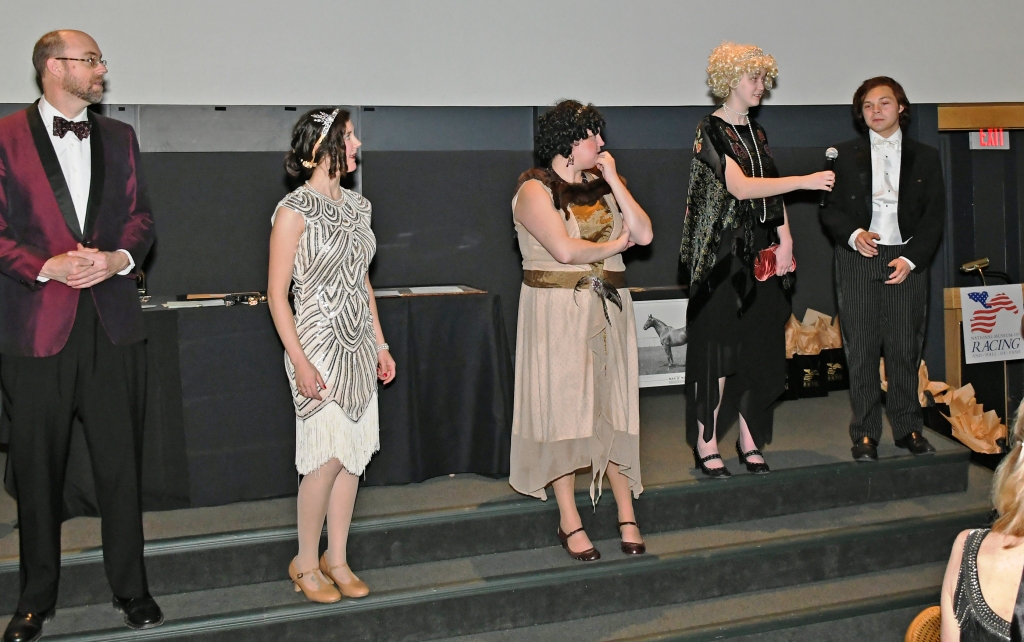 The crime scene was spread throughout Museum’s historic collection and artwork. Guests heard ‘gunshots’ and discovered that, in fact, “Mo” had fallen dead by an unknown assailant’s hand (or hands!) Clues were dispensed and enjoyed with an open bar all night, dinner and dessert catered by the Brook Tavern. 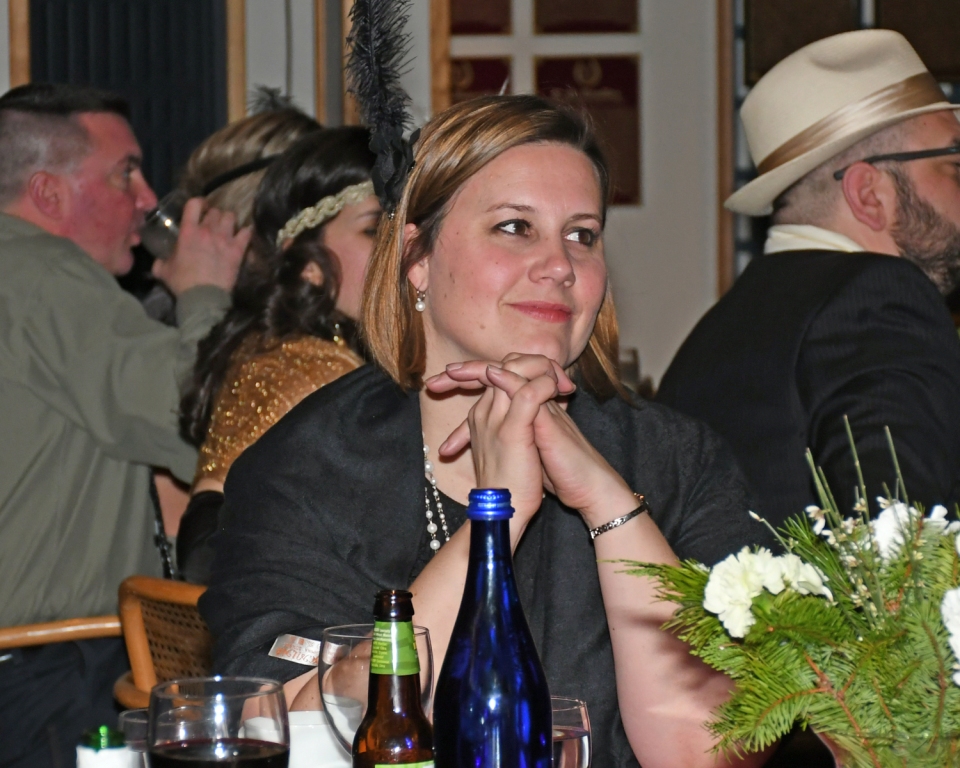 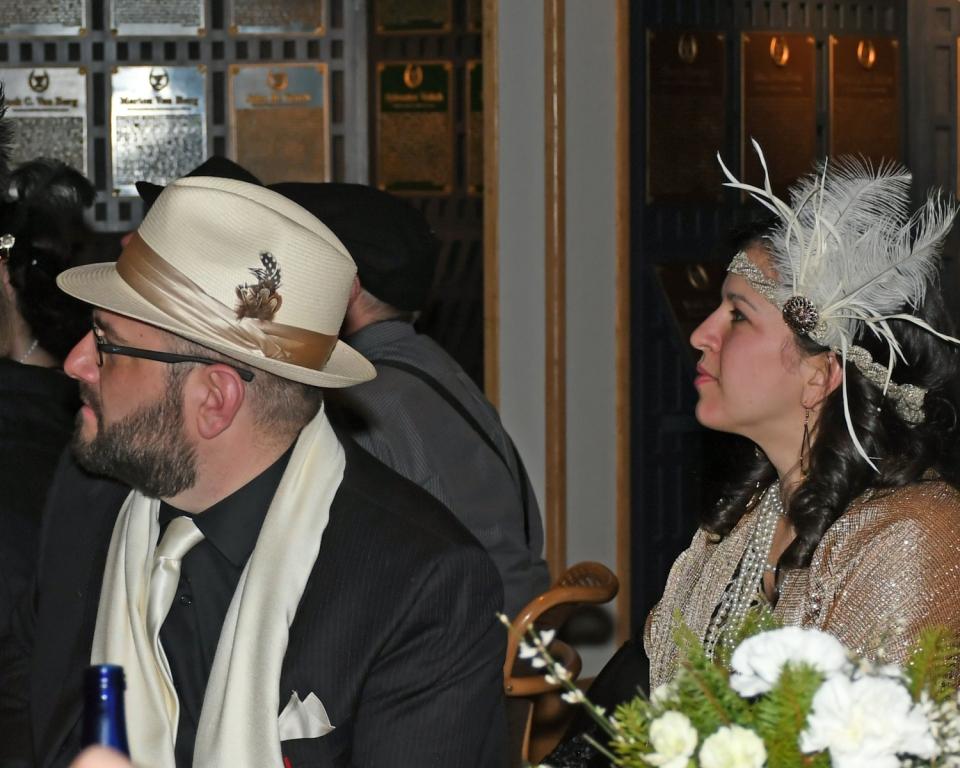 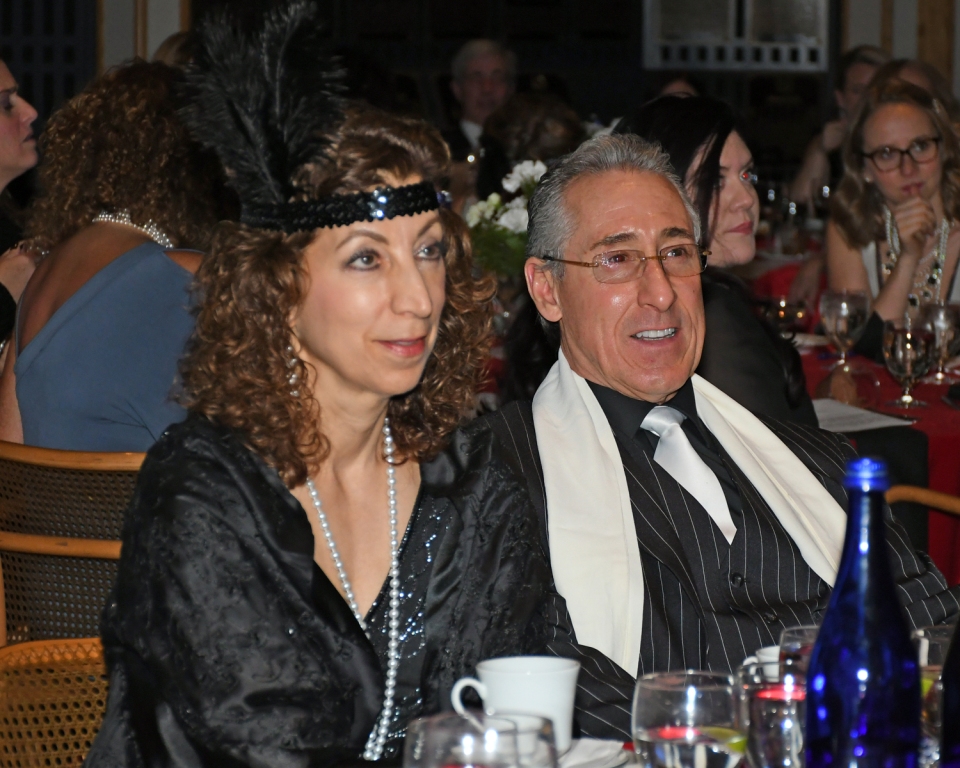 Even the live auction had some clues for those with sharp eyes and ears. The auction raiised over $1,000 for this inaugural event, with one lucky winner receiving a day at the Saratoga races in 2018 in the Museum’s clubhouse box. 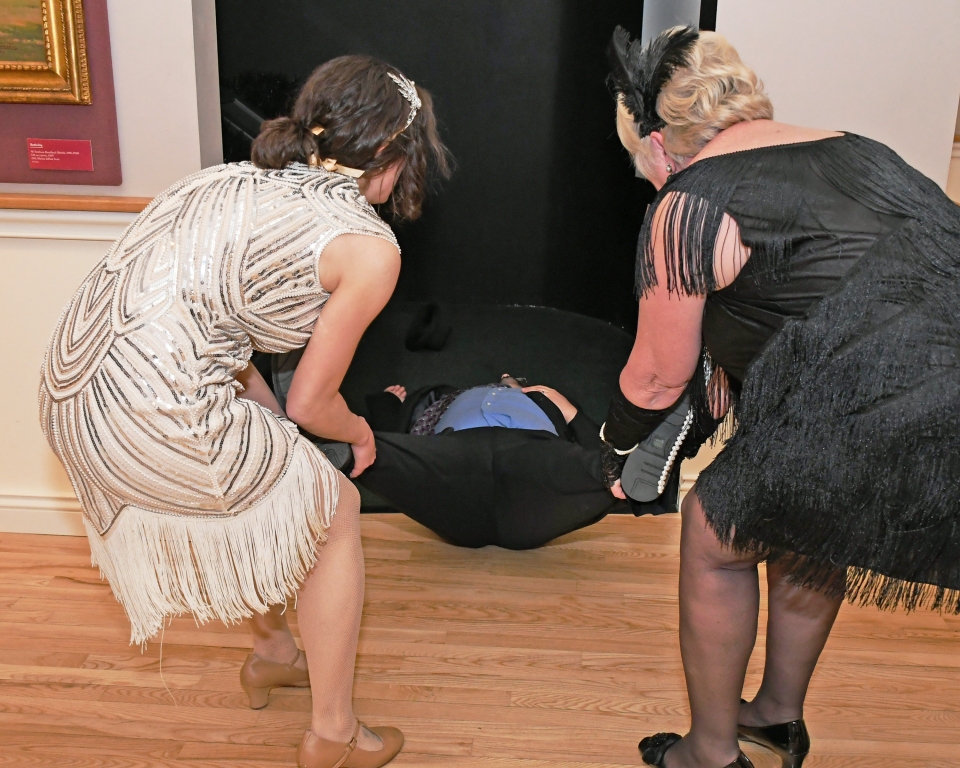 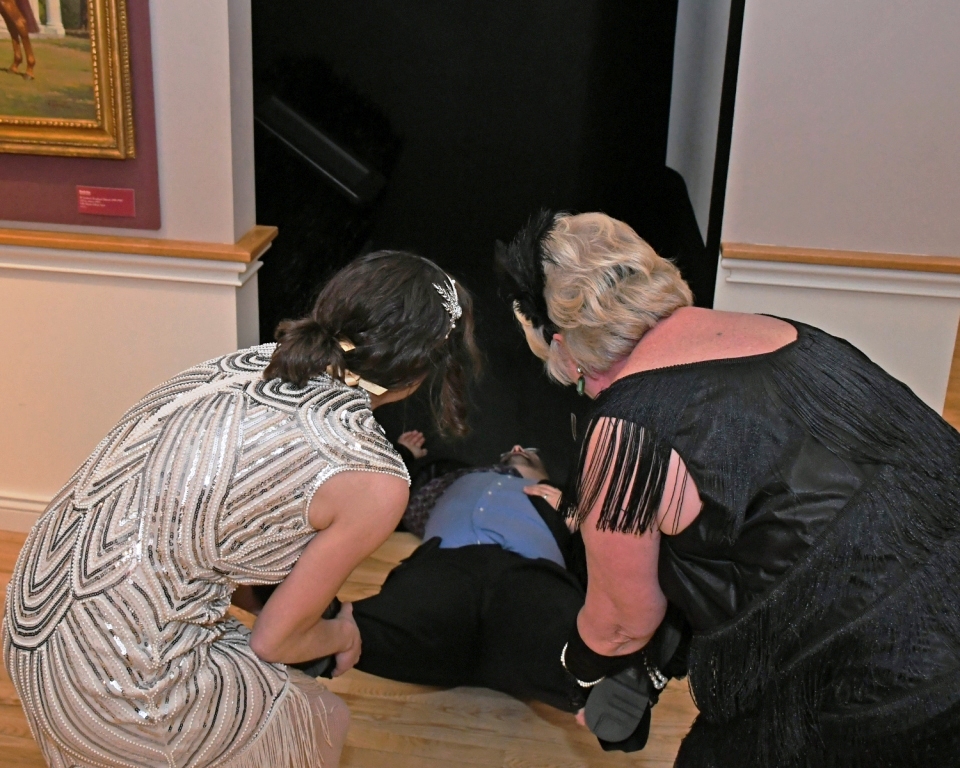 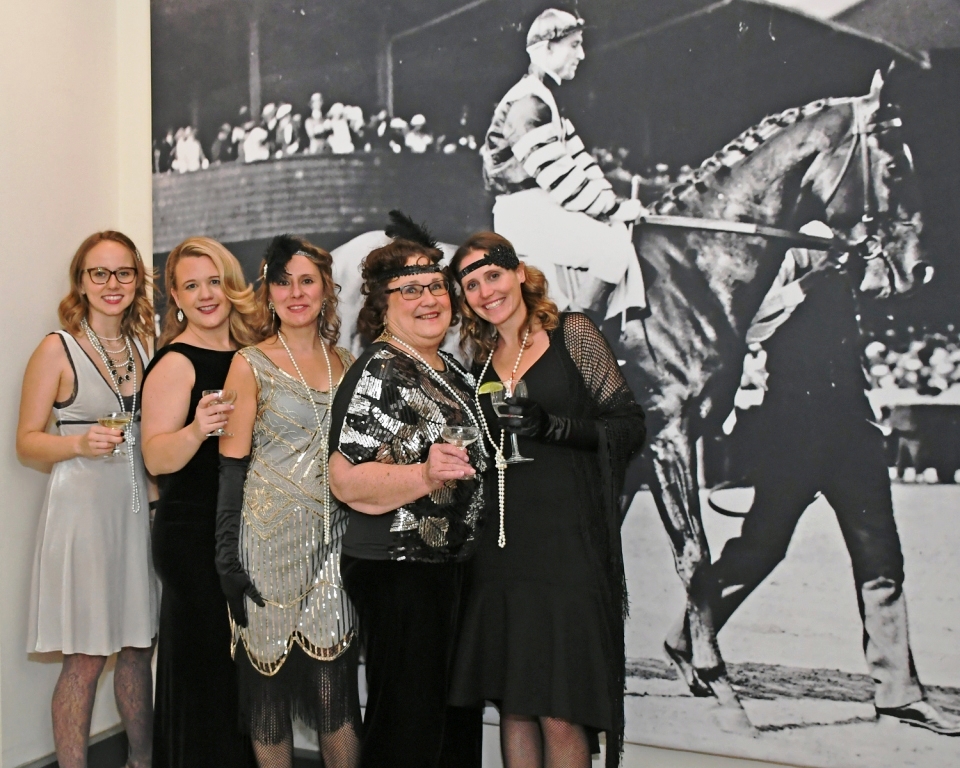 *****************
If you missed the mystery, do not despair, for the National Museum of Racing and Hall of Fame has many great, creative ways to have fun and support their activities. Next up is a special sip and paint event on Thursday, Feb. 8 from 6 p.m. to 8 p.m. in the Hall of Fame Gallery where guests will have the opportunity to paint a Saratoga Race Course scene.

Featuring instruction by Saratoga Paint and Sip Studio, the evening will include drinks and snacks. Tickets are $40 for Museum members and $45 for non-members. Space is limited and reservations must be made by February 5. The event sold out last year. There will be no tickets available at the door.