Visit Saratoga.com For Everything Saratoga
Enter Giveaways Advertise
Note: Saratoga.com is not responsible for posts and comments written by non-staff members.
Home  »  theater  »  Don’t Go To Sleep on This One! 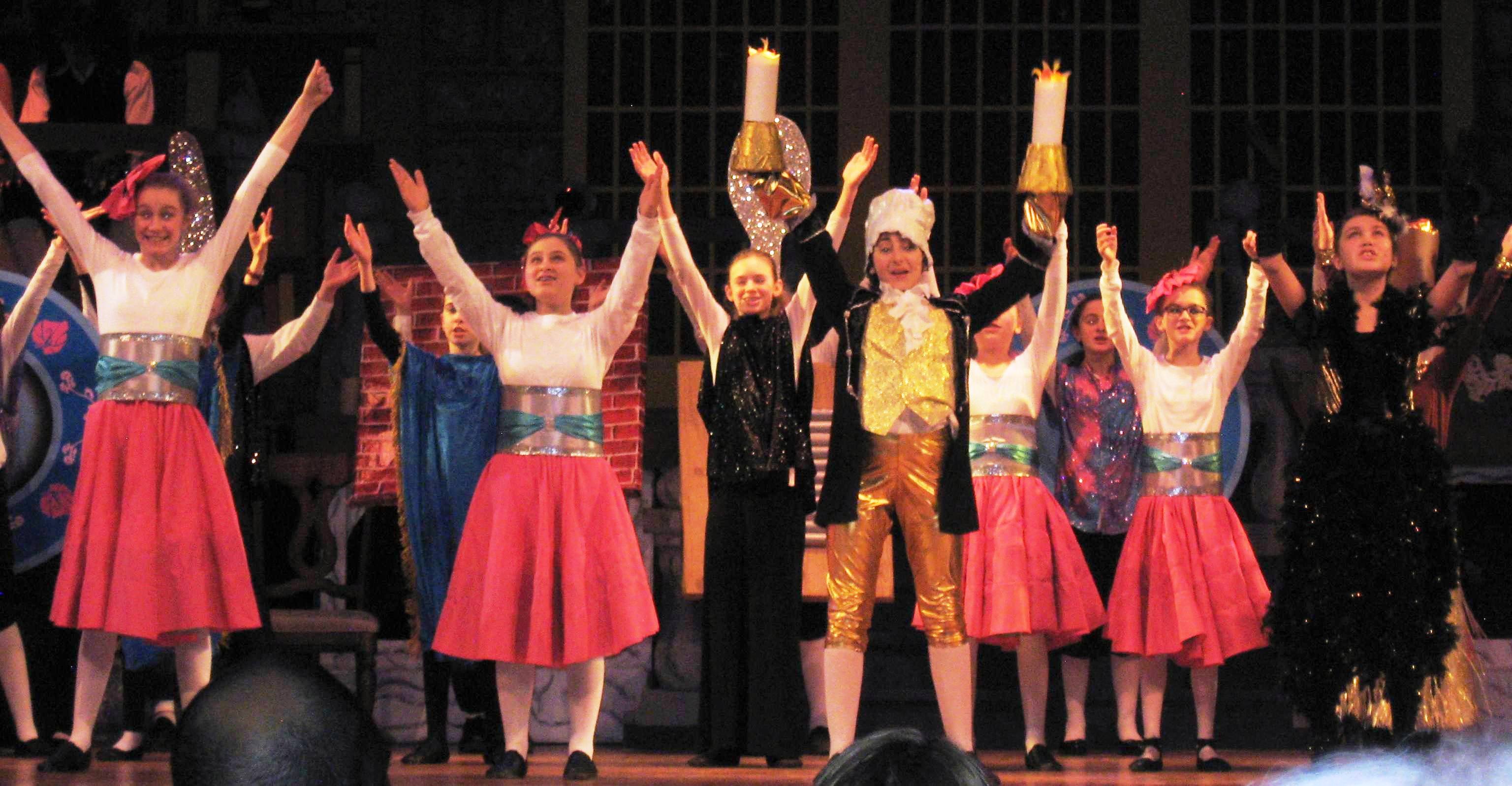 SARATOGA SPRINGS – OK, let’s get this right up front. I don’t have a “dog in this hunt,” and its been well over a decade-and-a-half since I had a child in Middle School. I do have a very good friend and she had a daughter in the cast of “Enchanted Objects” (an 11 year-old who I think is pretty darn cool off-stage) – which is what brought me to Maple Ave. Middle School on a Friday evening instead of, perhaps, Putnam Place or Vapor. But I have to admit that I walked in ready to “TOFTT” on my Friday evening, if need be… 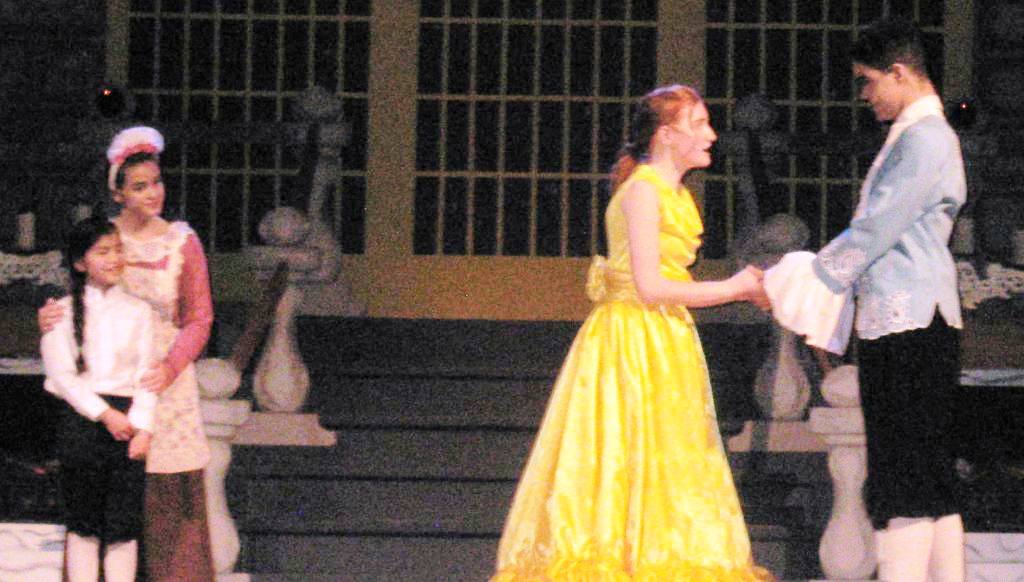 THAT was hardly necessary. The choreography and singing from several of the Middle School cast – the leads were all exemplary, but it was uniformly excellent – are worthy of noting here. and you can put my words to the test, as there are still three performances of Beauty and the Beast this coming weekend (Friday/Saturday at 7 pm and a Saturday matinee at 2). 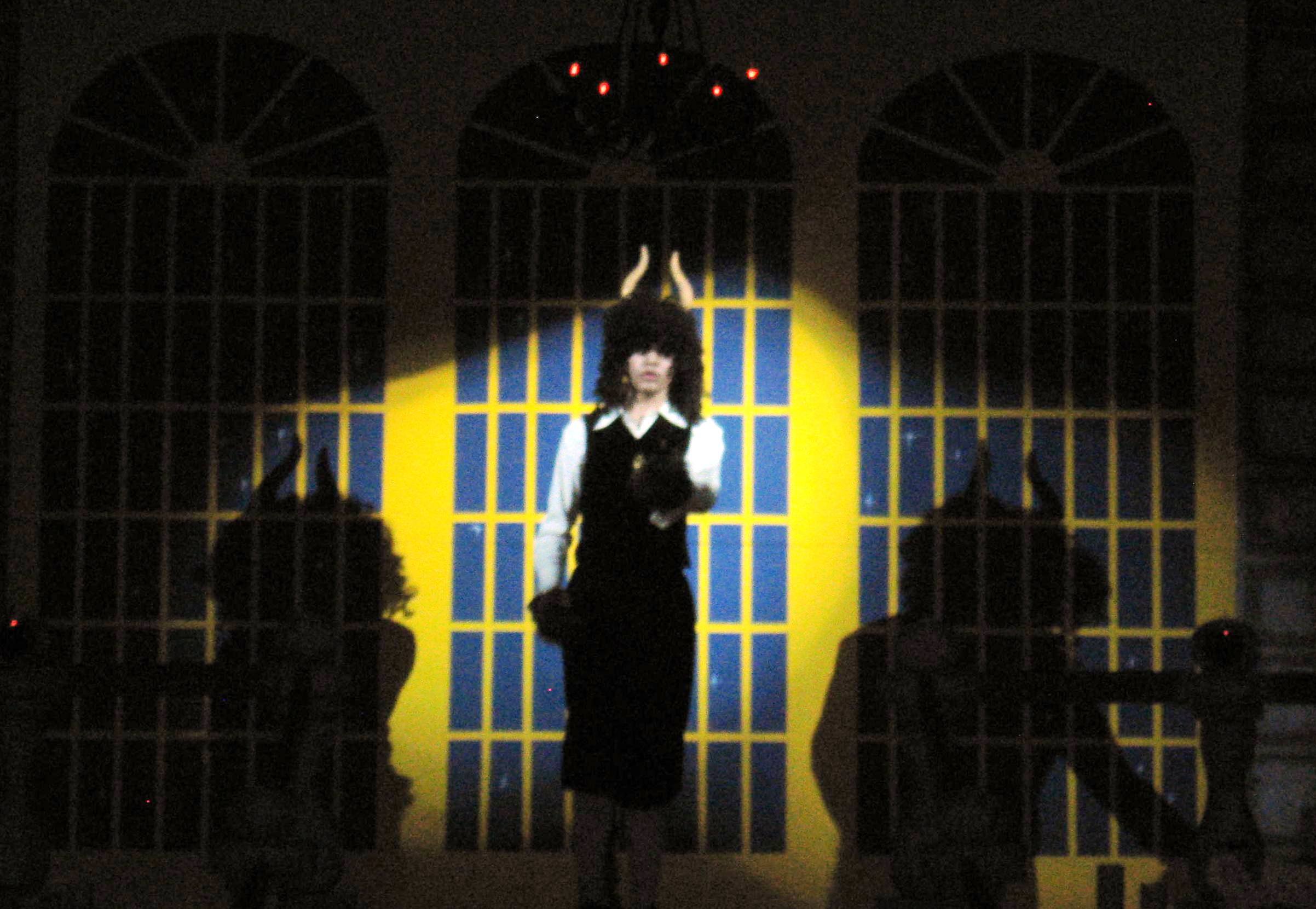 For a group at such a young, still often voice-cracking age to take this particular, lengthy musical on merits kudos just for the attempt. But it’s the execution that yields the tout from me. I have absolutely no doubt that there are several in this cast who we will enjoy in years to come as they pass through High School productions – perhaps beyond. 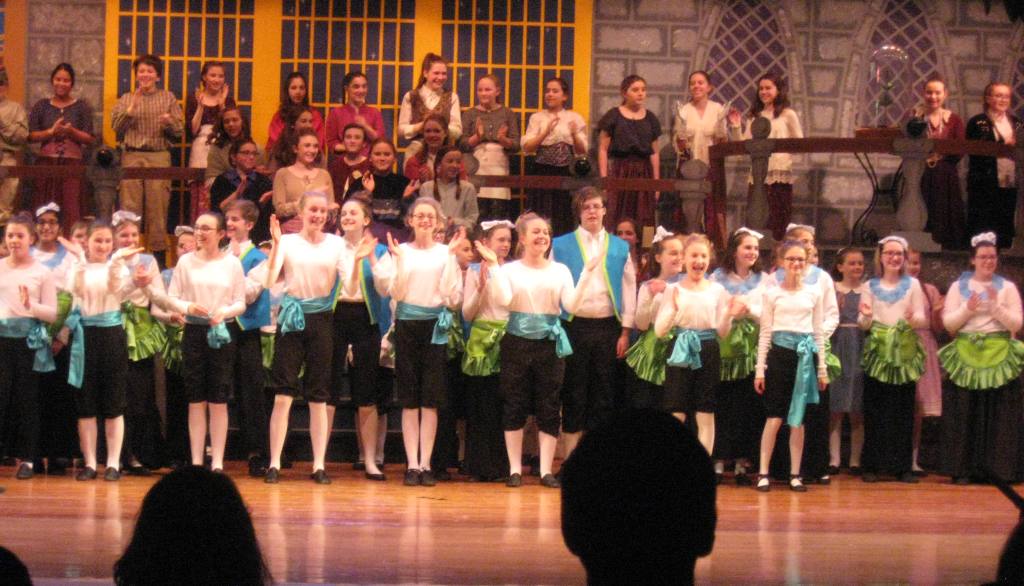 The best part about seeing young theater performers is that they stretch themselves – the bar is set rather high via Broadway presentations, perhaps movies, of popular musicals such as “Beauty.” 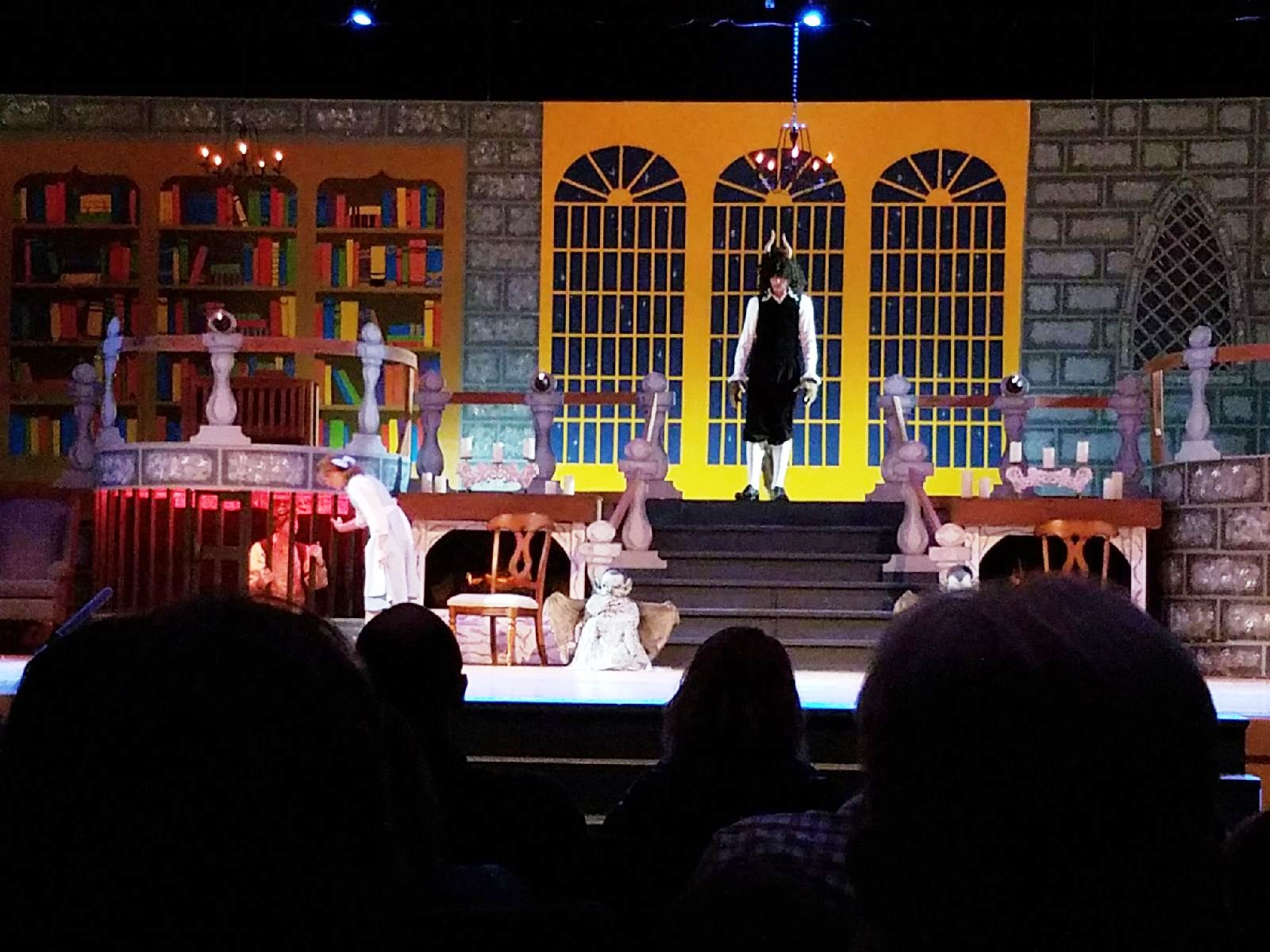 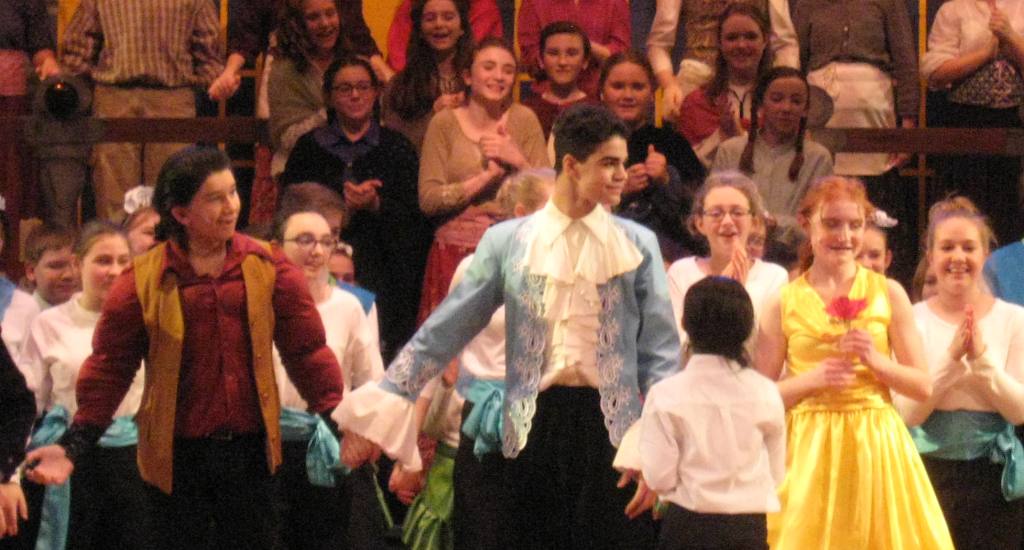 It says here that these performers cleared that bar with room to spare. Don’t go to sleep on this one! 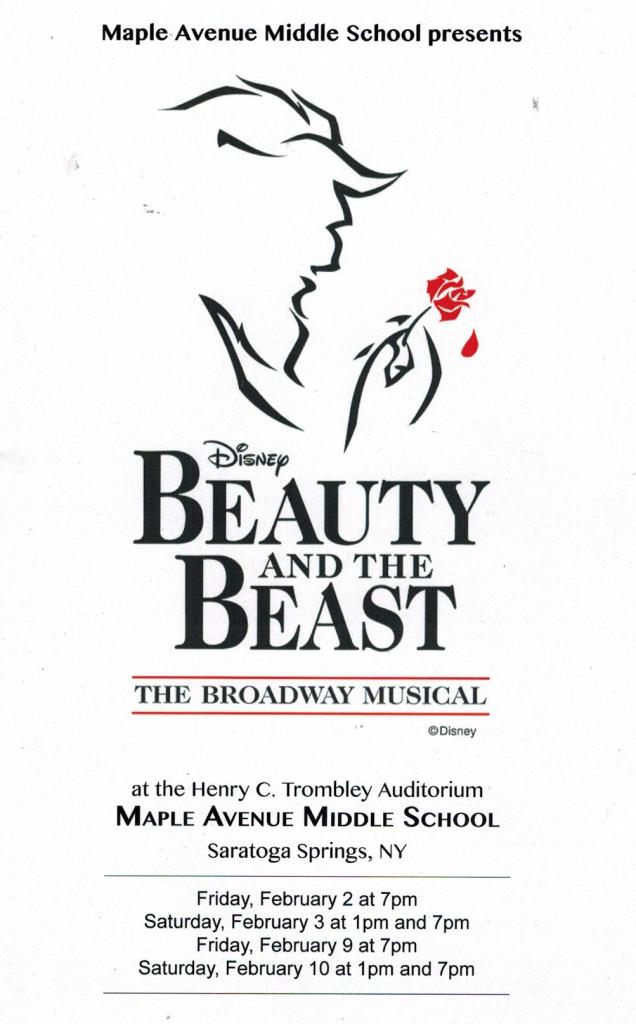