Editors Note: The 2018 SPAC Classical Season Programming has been released. It has such rich detail that we are presenting it in multiple parts this week. HERE is a link to part 1 – previewing the regional debut of the National Ballet of Cuba

SARATOGA SPRINGS – The New York City Ballet (NYCB) residency at Saratoga Performing Arts Center (SPAC) on July 17-21 will pay homage to the great choreographers of the past, as well as showcasing the leading 21st Century choreographers through a series of premieres. The residency will feature four distinct programs including NYCB’s production of Shakespeare’s timeless Romeo + Juliet, an all-Balanchine evening, and a program showcasing four SPAC Premieres by 21st century choreographers including NYCB Resident Choreographer and Soloist Justin Peck, NYCB Principal Dancer Lauren Lovette and NYCB’s youngest choreographer, Gianna Reisen. The annual New York City Ballet Gala, on Saturday, July 21, will celebrate the centennial of the birth of both Jerome Robbins and Leonard Bernstein, with a special Gala program dedicated to their works.


“Our beloved resident company, New York City Ballet, will bring four different, vibrant programs spanning the great, iconic ballets of Balanchine… to a showcase of new works by the youngest generation of emerging artists and choreographers of our time, never before seen at SPAC… to the romantic Romeo + Juliet… and finally a celebration of the centennials of both Bernstein and Robbins,” said Sobol. “The interplay of tradition and innovation this summer is remarkable, with each program offering a completely unique experience for our audiences.”


Known for his love of all things American, Balanchine joined the traditions of American folk dance with classical ballet in his work SQUARE DANCE. Highlighting the dance forms’ common roots and similar regard for orderliness, the work is set to music from 17th-century Italian composers Antonio Vivaldi and Arcangelo Corelli.

Featuring a Balanchine-commissioned score by Paul Hindemith, THE FOUR TEMPERAMENTS is classically grounded but with definitively modern movement. Performed at the first night of NYCB’s predecessor, Ballet Society, on November 20, 1946, The Four Temperaments had its NYCB premiere on October 25, 1948.

Originally created for the Paris Opera Ballet, Balanchine’s SYMPHONY IN C sparkles with over 50 dancers in costumes covered in Swarovski elements featuring a spectacular finale with the full cast onstage. In 2012 Symphony in C returned to the NYCB repertory in a major revival with new costumes designed by Marc Happel, NYCB’s Director of Costumes, and lighting designed by Mark Stanley.

In defiance of its tragic ending, Shakespeare’s ROMEO + JULIET remains the greatest romance of all time, demonstrating the power of love in its many forms. NYCB’s staging of this eternal classic, set to Prokofiev’s glorious accompaniment, features choreography by Peter Martins, sets and costumes by Danish artist Per Kirkeby, and lighting by Mark Stanley.

GIANNA REISEN’S COMPOSER’S HOLIDAY premiered on NYCB’s stage at the Company’s 2017 Fall Gala making her – at age 18 – the youngest choreographer to create a piece for the Company’s storied repertory. Reisen is a former student of the School of American Ballet and current apprentice with Dresden Semperoper Ballet, in Dresden Germany.

NYCB Principal Dancer LAUREN LOVETTE will showcase her most recent NYCB work NOT OUR FATE (Fall 2017 World Premiere) for its SPAC Premiere. Her second creation for NYCB, the work features ten dancers and is set to three movements from composer Michael Nyman’s concert suite of music from his soundtrack for the Peter Greenaway film Prospero’s Brooks.

NYCB Resident Choreographer and Soloist JUSTIN PECK brings two works for their SPAC Premieres as part of the 21st Century Choreographers program. Peck’s PULCINELLA VARIATIONS (Fall 2017 World Premiere) is set to music by Stravinsky with costumes by fashion designer Tsumori Chisato and lighting by Mark Stanley. His forthcoming work for NYCB, which will to premiere at the NYCB’s 2018 Spring Gala, is inspired by Jerome Robbins and set to a Bernstein score. 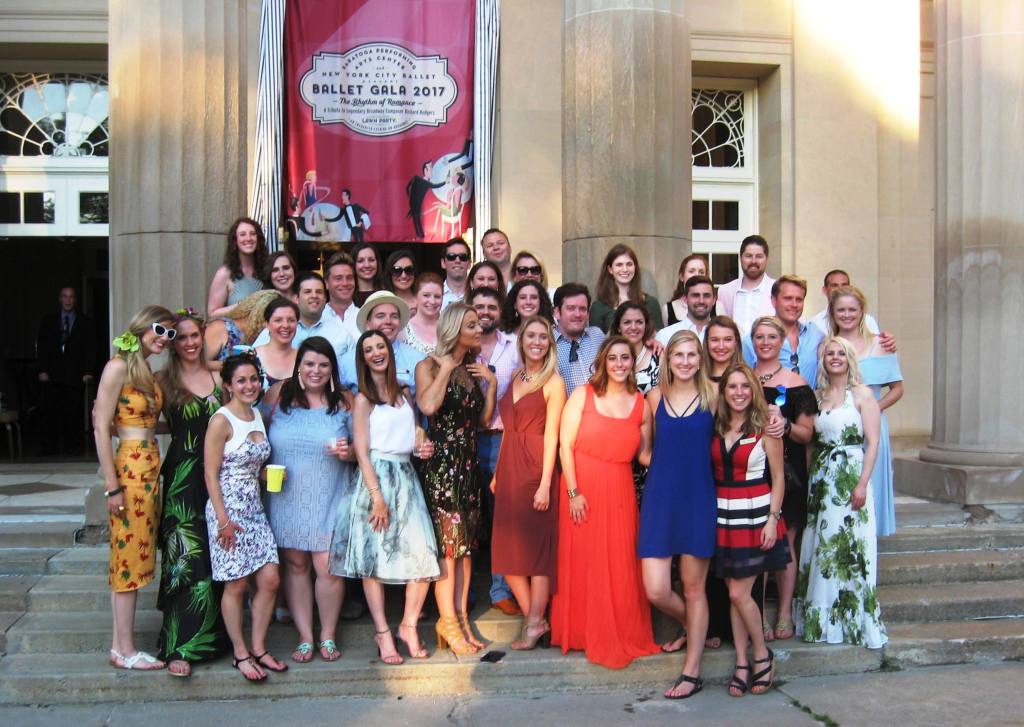 SPAC’s New York City Ballet Gala will honor the centennial celebration of the birth of both Jerome Robbins and Leonard Bernstein. The evening will feature two of Robbins’ own celebrated works, as well as Justin Peck’s Spring 2018 ballet, inspired by Robbins and set to a Bernstein score. The centerpiece of the summer soirée will be the finale performance and SPAC Premiere of a new piece directed by Tony Award-winning choreographer and director Warren Carlyle, which will celebrate the Broadway choreography of Jerome Robbins and have its World Premiere at NYCB’s 2018 Spring Gala.

Jerome Robbins was a great admirer of the Russian stars Natalia Makarova and Mikhail Baryshnikov, who each famously defected and made new careers in America. OTHER DANCES, a pas de deux created in 1976 for a New York Public Library for the Performing Arts benefit, was specifically crafted to display their legendary technique and artistry. Robbins chose four mazurkas and one waltz by Chopin, the composer whose piano music had inspired him for Dances at a Gathering. Other Dances, through its simplicity and virtuosity, pays homage to both Chopin’s Romanticism and the fluidity of classical ballet technique.

SPAC’s New York City Ballet Gala will conclude with the SPAC Premiere of WARREN CARLYLE’s SOMETHING TO DANCE ABOUT, which pays tribute to the legendary Broadway career of NYCB’s co-founding choreographer Jerome Robbins. The ballet, set to have its World Premiere at NYCB’s 2018 Spring Gala performance on Thursday, May 3, will feature 30 NYCB dancers in a showcase of music and choreography from landmark Broadway musicals that Robbins was closely associated with during his storied career. Featuring excerpts of Robbins’ original choreography, with staging and direction by Carlyle, the ballet will be set to music and lyrics from iconic scores written during Broadway’s golden age by such artists as Leonard Bernstein, Jerry Bock, Betty Comden, Morton Gould, Adolph Green, Sheldon Harnick, Oscar Hammerstein II, Bob Merrill, Stephen Sondheim, Jule Styne, and Richard Rodgers.

In addition to Carlyle, the creative team for the ballet will be comprised of a number of award-winning Broadway veterans including Rob Berman (musical arrangements), Jonathan Tunick (orchestrations), Beowulf Boritt (scenery), Toni-Leslie James (scenery), and Mark Stanley (lighting). Currently represented on Broadway with his choreography for the revival of Hello, Dolly!, Carlyle received 2014 Tony and Drama Desk awards for his choreography for the musical After Midnight, which he also directed. 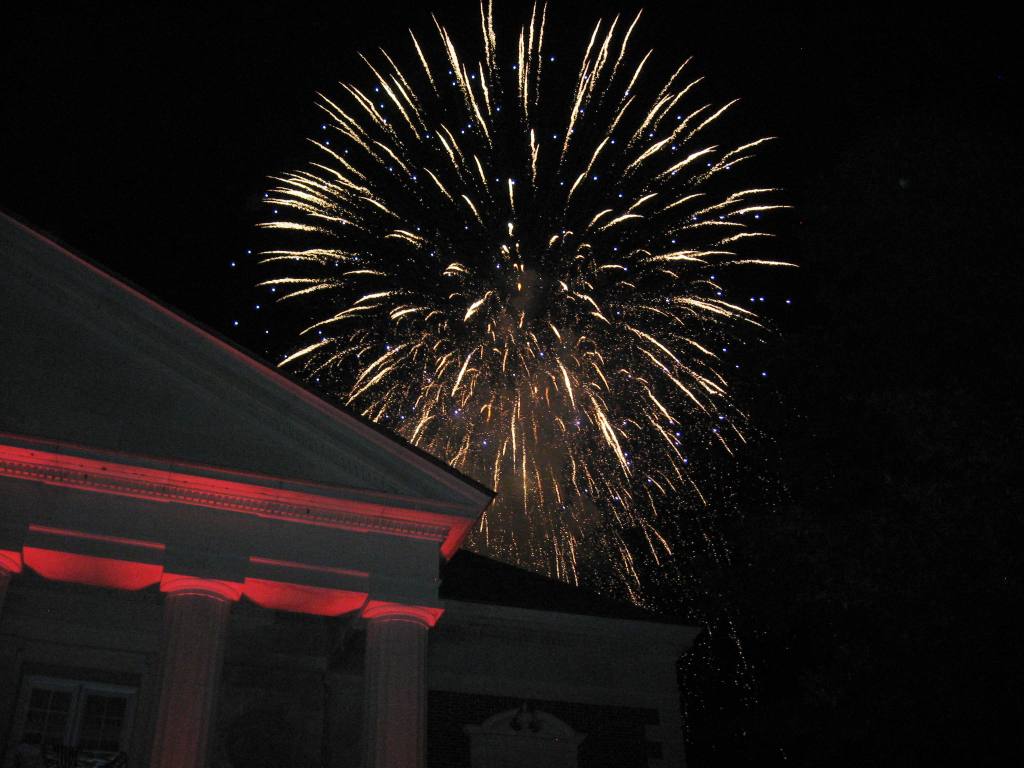 Tickets will be available online at www.spac.org on Thursday, February 22nd at 10 am. Prices range from $18-$103. Ballet Gala tickets are $58-$128. For non-gala performances, children ages 15 and under are free on the lawn, and for $20 in the amphitheater. Individuals 29 and under are $29 in the amphitheater on day of show only, and SPAC members receive a 15 percent discount on tickets purchased before the day of the show. Complete details are at spac.org