Visit Saratoga.com For Everything Saratoga
Enter Giveaways Advertise
Note: Saratoga.com is not responsible for posts and comments written by non-staff members.
Home  »  comedy  »  The Gallery: Drag Brunch at Sperry’s

Performer Pacifica Rim Proves There is a Valentine for Everyone 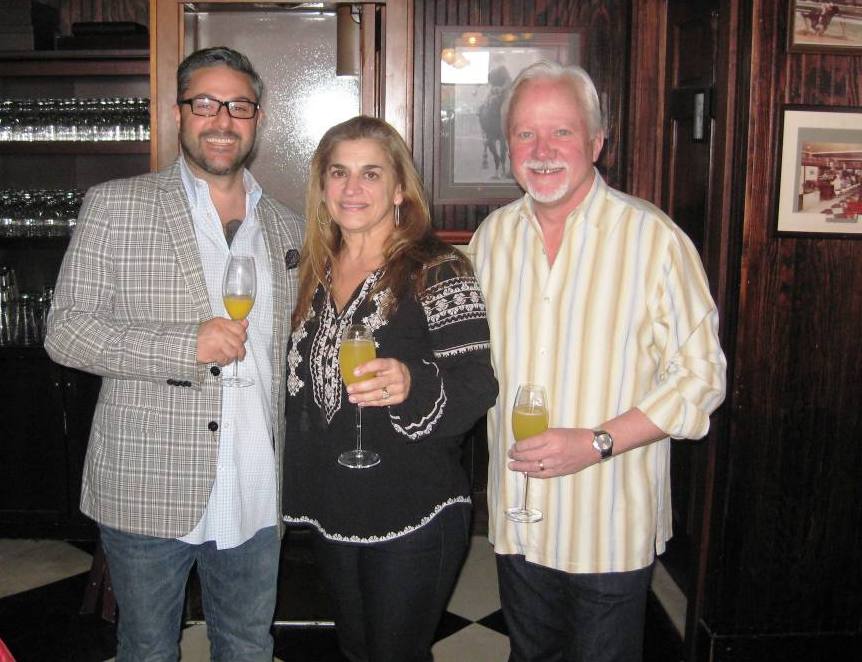 SARATOGA SPRINGS – There are times, my friends, when you are rendered speechless… which is a good thing, particularly when you find that your jaw has dropped to the floor. 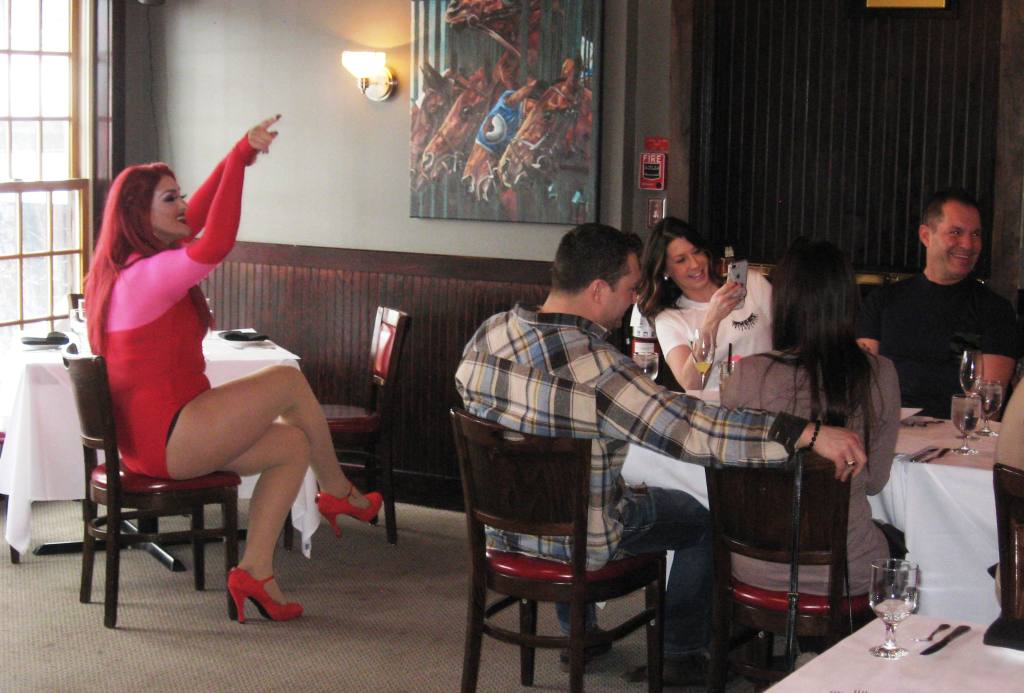 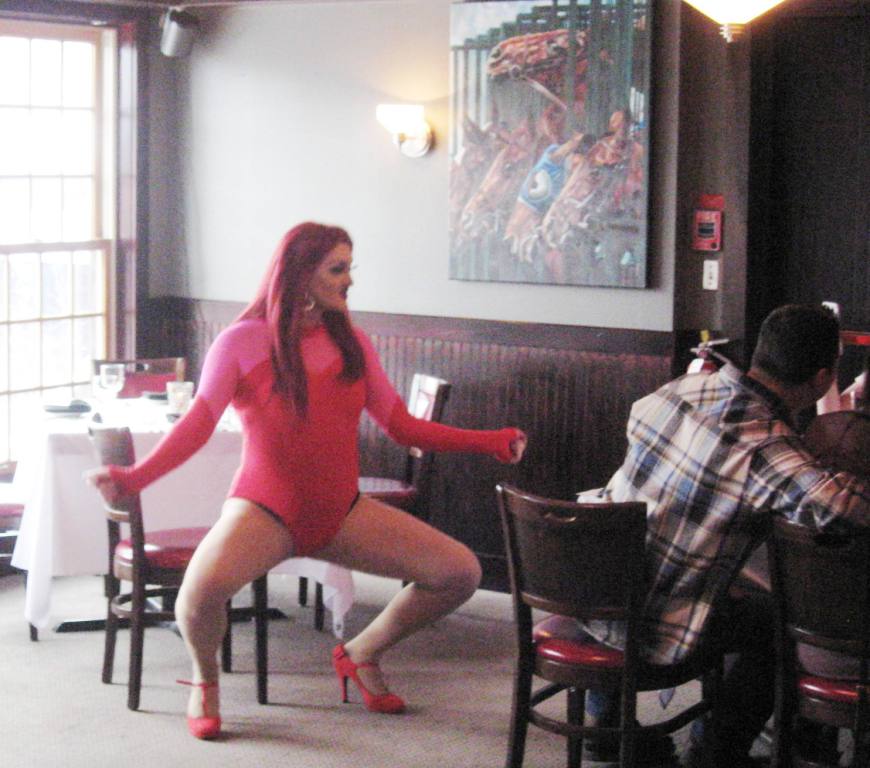 Or else, you are speechless because you are you are grinning from ear to ear… 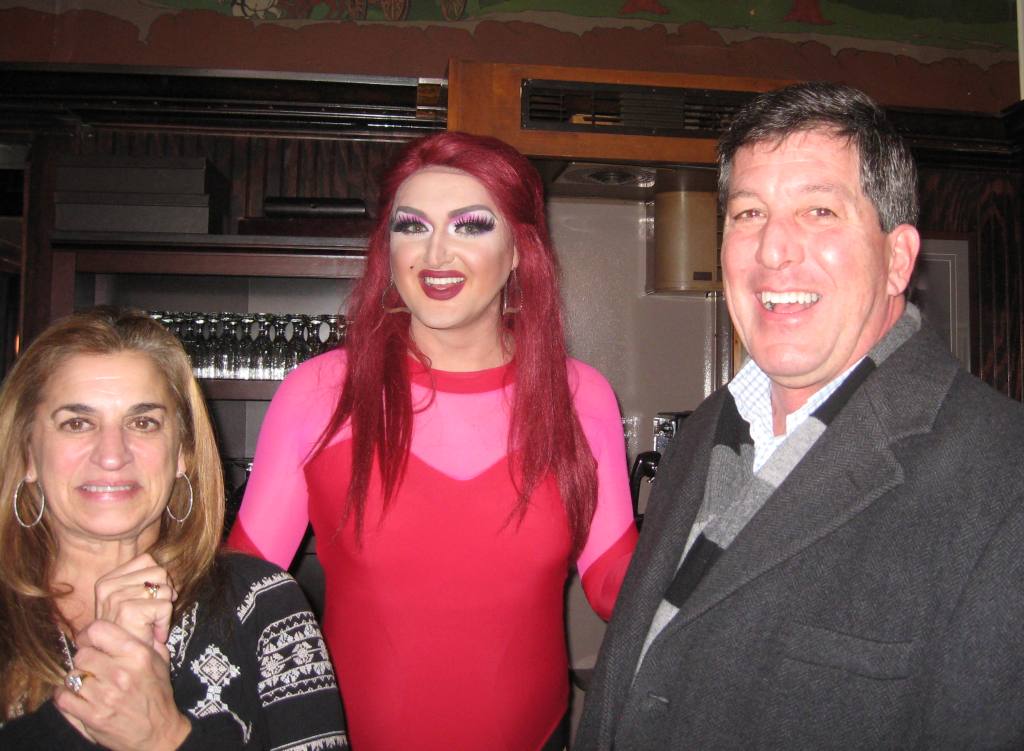 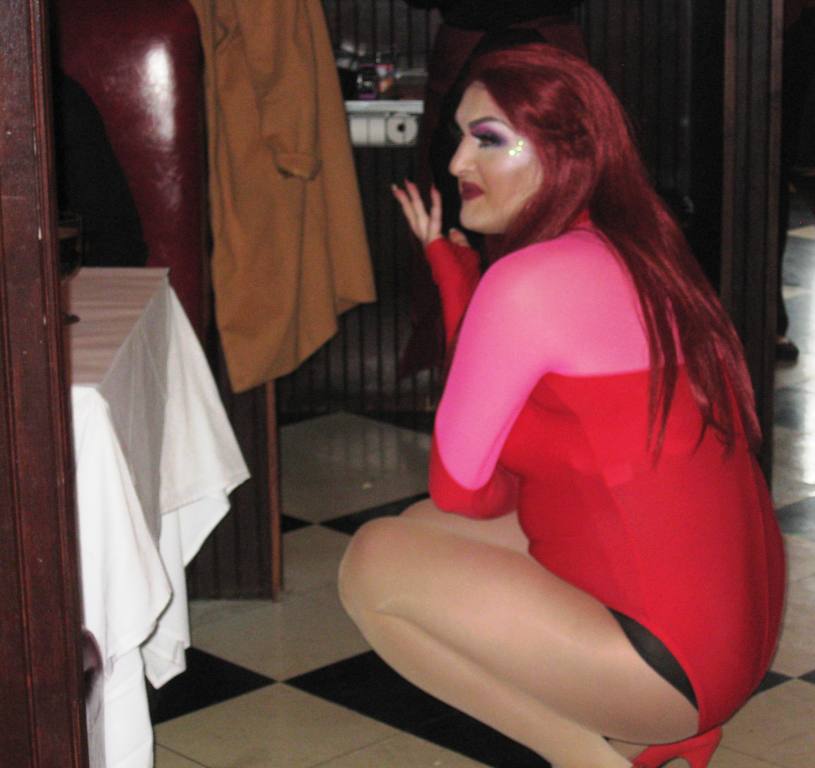 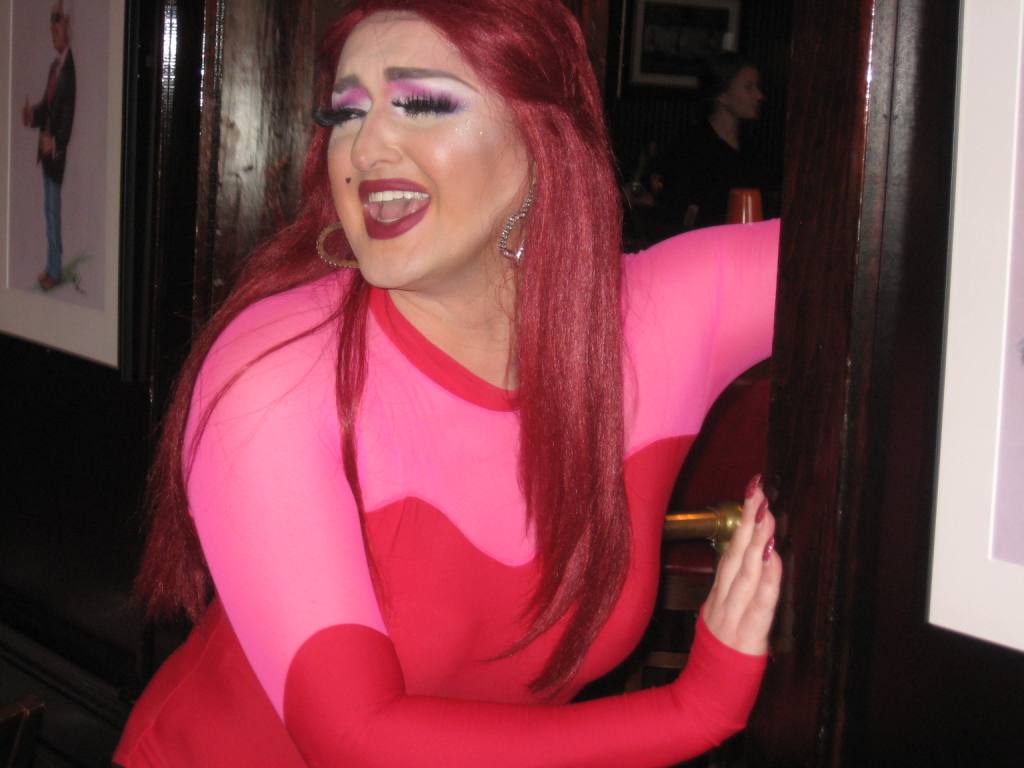 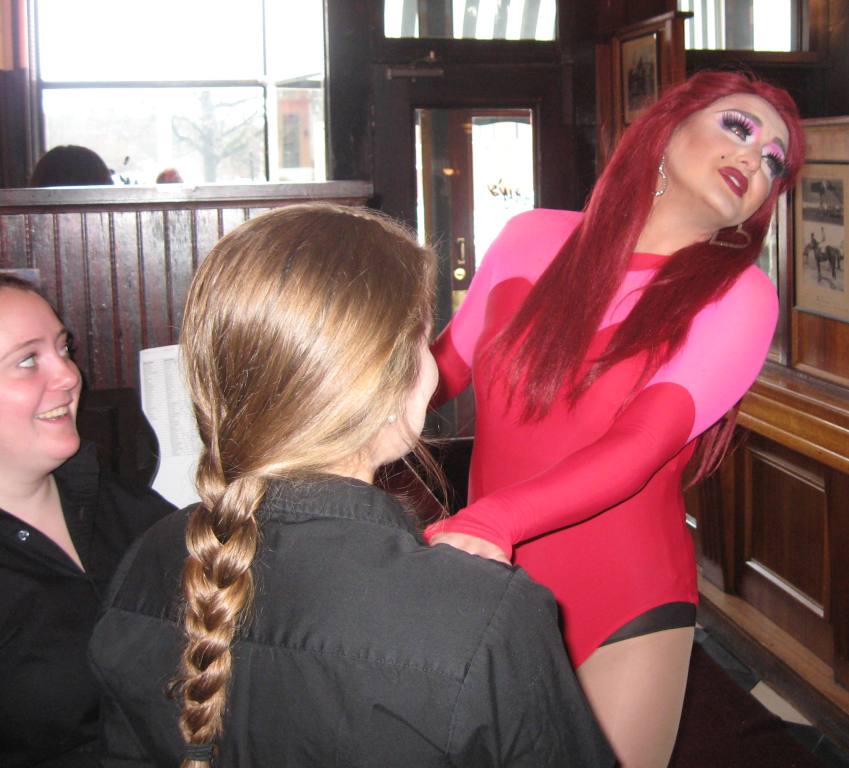 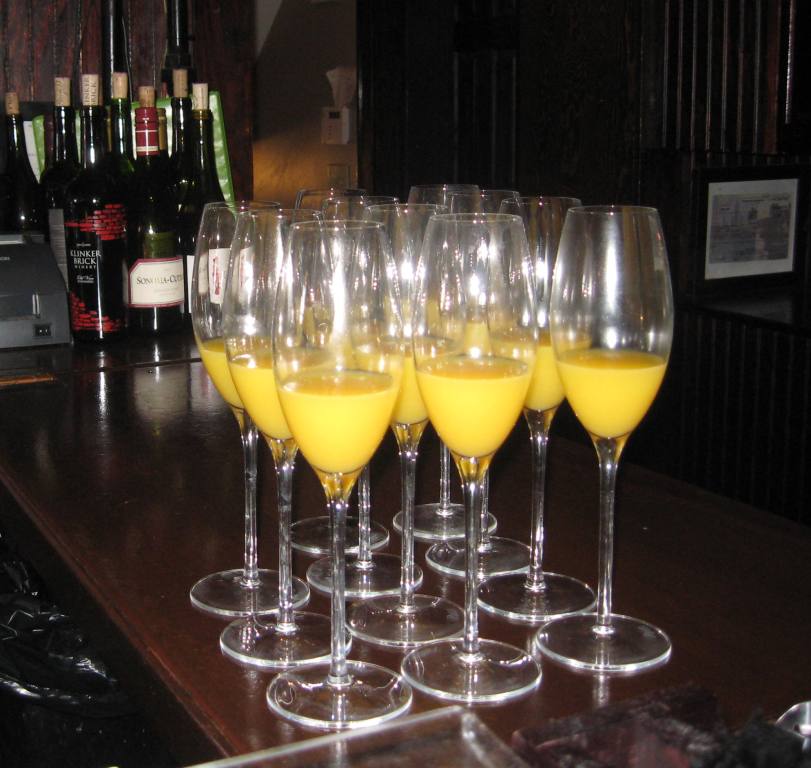 Whether lubricated or not by Mimosas which were in evidence everywhere, it was clear from the unanimous great time among the attendees, that Sperry’s Restaurant (30 1/2 Caroline Street) has found something new (at least for these parts) and, shall we say, intriguing, to add to its consistently superior offerings which have delighted diners for over 85 years… 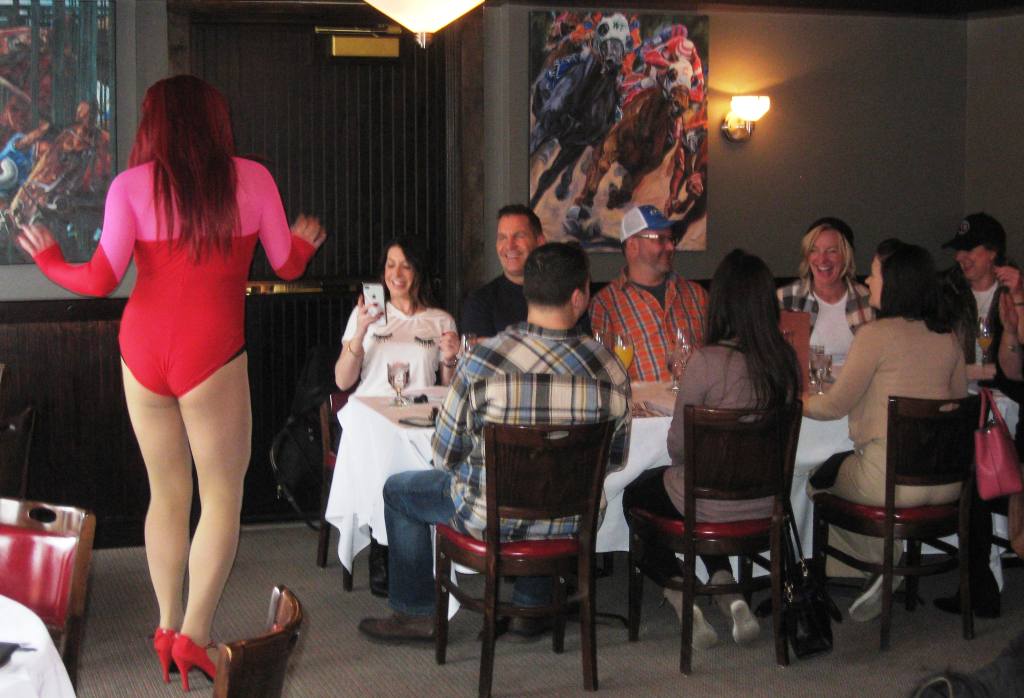 Behold, an instant classic – brunch, but not your Grandma’s brunch for sure. Drag brunch, anchored by the room-dominating presence of one Pacifica Rim – this is the second time she has appeared here at brunch this year, and from the looks of things: happy patrons everywhere and laughter throughout – not her last either. Ms. Pacifica went through a variety of wigs and costume changes; her flirty, floozy outfits dovetailed well with her flirty personna that is zaftig enough to get anyone’s attention. (Understatement of the year nominee.)

BTW, if you prefer Blondes, Ms. Pacifica has you covered… 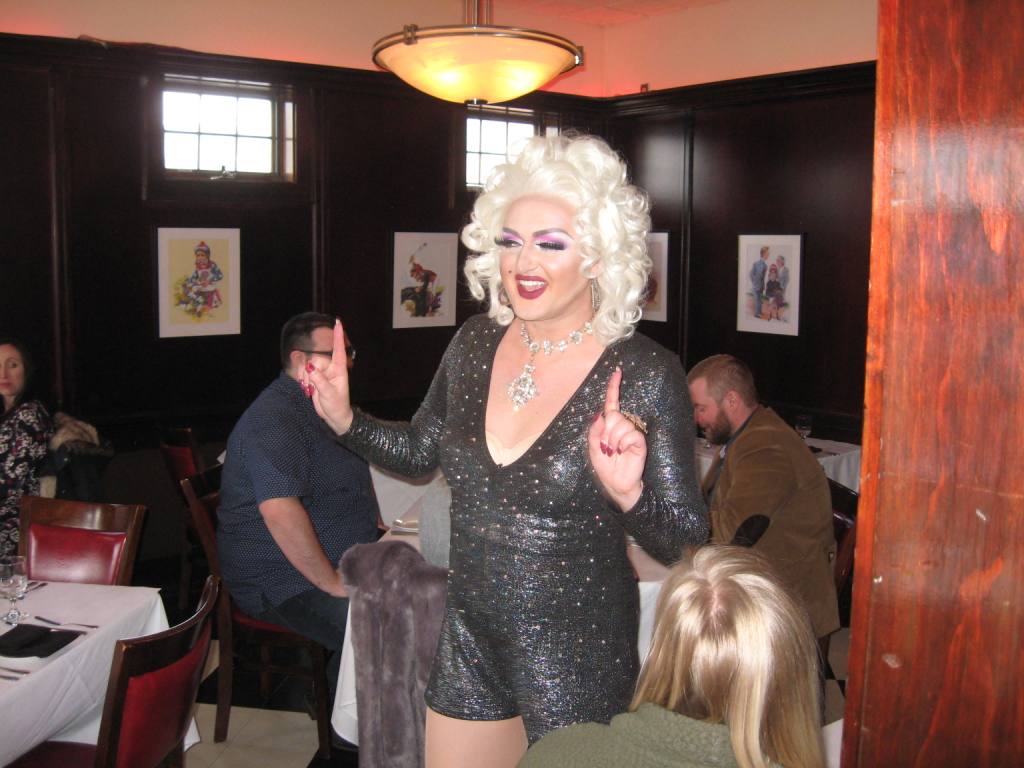 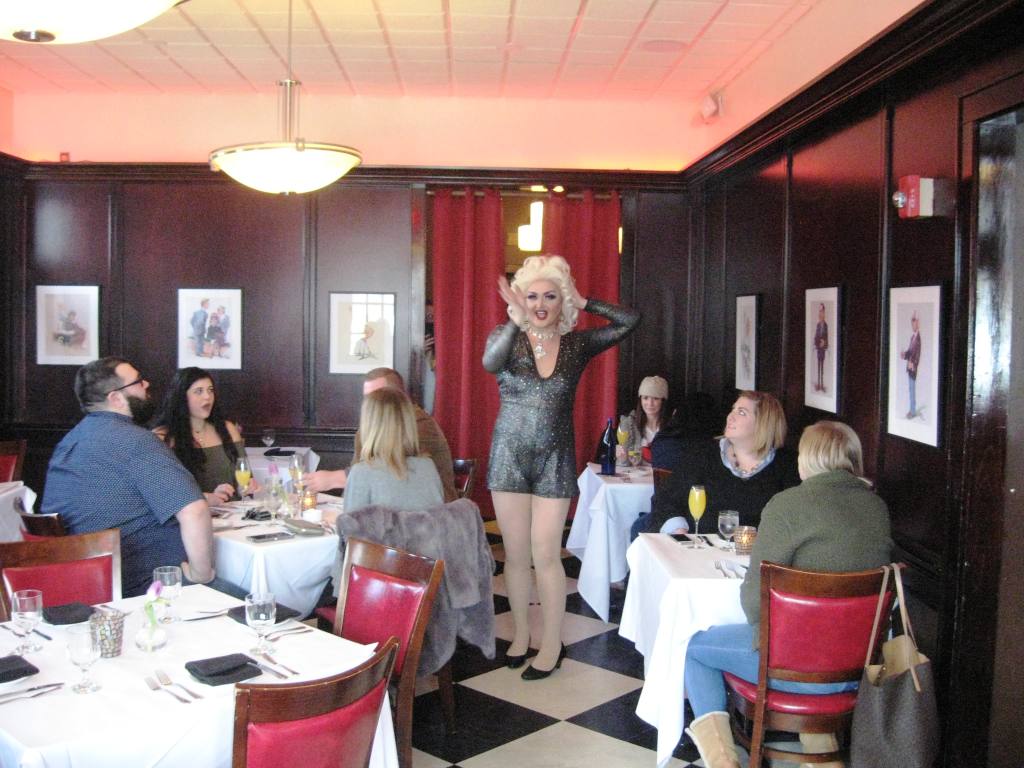 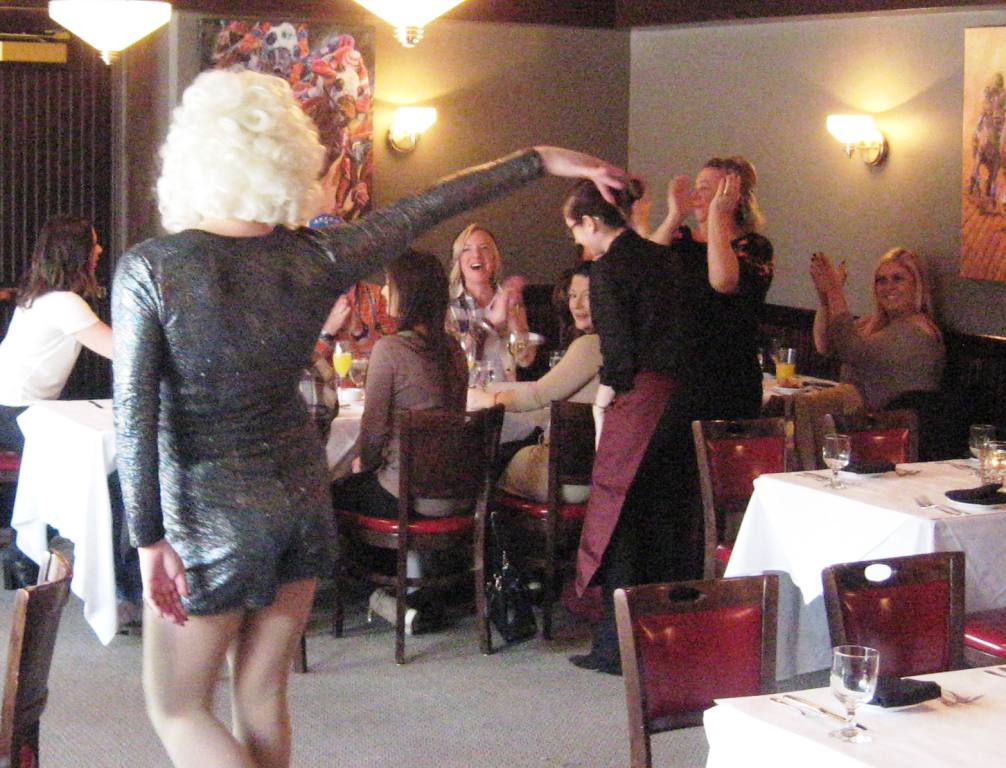 And we would be remiss if we didn’t dish about the brunch itself: the menu was outstandingly balanced with classic choices in abundance – expertly prepared as you would expect at Sperry’s. Here’s today’s menu: 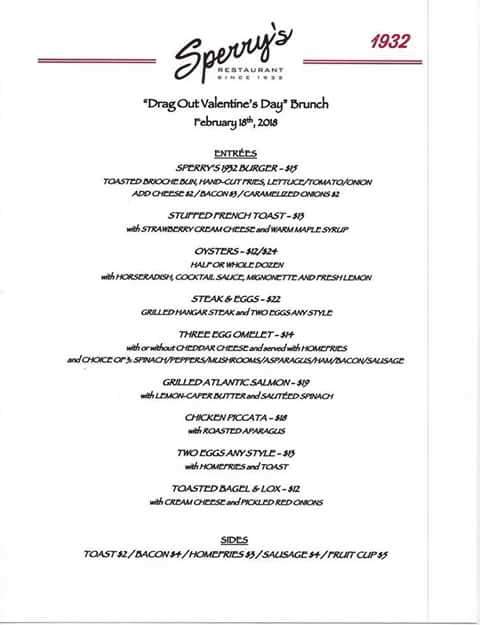 My omelette with ham, cheddar, asparagus and mushrooms was light and fluffy; accompanied by fork-tender home fries – it was a bulls-eye! I usually eat slowly and savor – not today! It was so good that it was gone in 60 seconds. I didn’t even think about taking a picture of it until I was 3/4 of the way to the clean plate club. Oh well… Suffice to say – the menu execution alone would be enough to fill the place.

But the floor show, and the crowd vibe, is going to make this thing a THING! You want to be at this next time. I feel confident in saying that everyone who came out today will be back. Including me.

Speaking of next time, Sperry’s plan is to do this special Sunday Brunch once a month until they can serve outside on their patio, and then increase the frequency. Visit their website in keep an eye out for the next one.

Oh, let me also add that the portion I caught of Ms. Pacifica’s act was rated ‘G’; with perhaps some borderline ‘R’ gyrations for spice. So you could take your Grandma to this…

Just be prepared to pick her jaw up off the floor.