IT’S AS YOU LIKE IT OPENING TUESDAY; FIRST OF 2 SARATOGA SHAKESPEARE COMPANY PRESENTATIONS – FREE IN CONGRESS PARK! 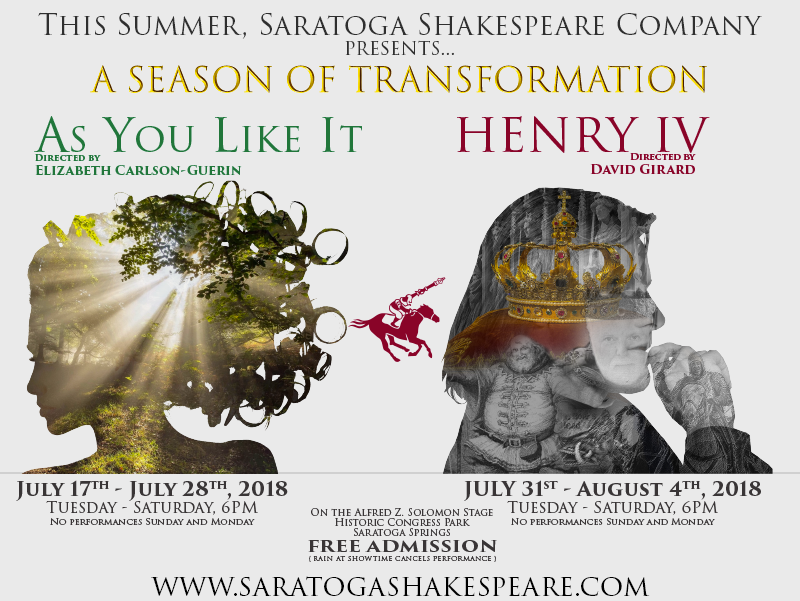 SARATOGA SPRINGS – The Saratoga Shakespeare Company of Saratoga Springs, opens its 2018 summer season with Shakespeare’s As You Like It, directed by Elizabeth Carlson-Guerin, on Tuesday, July 17th.

Saratoga Shakespeare Company is excited to welcome back director Liz Carlson-Guerin who directed last year’s spectacular production of The Winter’s Tale. Liz is a director and dramaturge who specializes in New Play Development, Classic Theatre for Contemporary Audiences, Physical and Devised Theatre and Community Engagement. She served for eight years as an associate director and company member for West Philadelphia’s renowned Curio Theatre Company, and her 2016 Philadelphia premiere of The Birds by Conor MacPherson for Curio was Barrymore Award Recommended. Liz is the Associate Director of the Kenyon Review Playwrights Conference and a Visiting Assistant Professor of Theatre at Kenyon College.

The As You Like It cast also includes the talented members of Saratoga Shakespeare’s Young Theatre Professional Company.

Performances of As You Like It are scheduled for Tuesday through Saturday, July 17th–July 28th (No Sunday or Monday performances.) 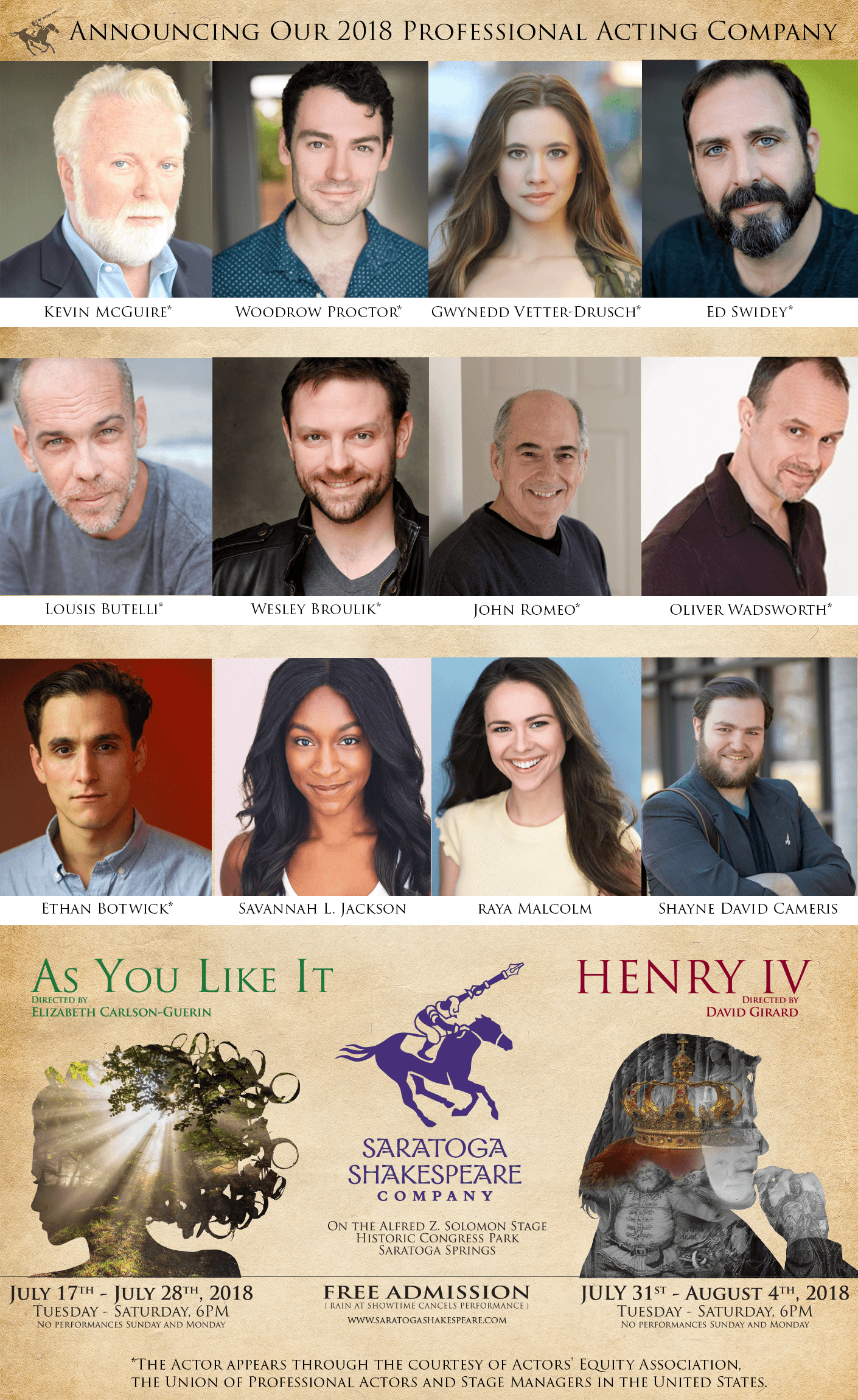 Admission is always FREE of charge, and Congress Park is entirely accessible. Both young and old, as well as family groups, are encouraged to attend – with or without picnics – for what has become a beloved summer tradition in Saratoga.