SARATOGA SPRINGS – Two Saratoga Springs High School Students, both members of the highly regarded World Class Gymnastics Academy in Latham and Clifton Park, are poised to compete at the highest competitive level (Level 10) in this upcoming season. Both recorded major triumphs in last May’s Eastern National Championships while at Level 9 to advance.

While their skill level and natural ability has allowed them the opportunity, it was their hard work and dedication that has maximized their talent. More often than not, Sydney Schumaker and Sierra Kondo’s daily routine sees them up early to school, traveling directly after class from High School to the Academy, going back home at dinnertime and homework before bed. This is how it has been for 10+ years or so, and yet in speaking to these young women, you realize quickly that they and their teammates are well-acquainted with what it takes to excel, and wouldn’t change a thing.

For all this hard work has enabled them to soar…


And yet, each has had to overcome personal challenges to reach and compete at this pinnacle of competitive gymnastics. 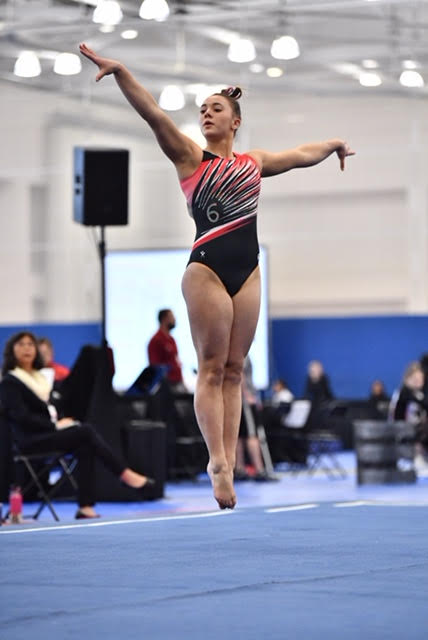 For Sydney, 16 years of age and in 11th grade, a lower back stress fracture put her on the sidelines for her entire freshman year, unable to even practice the sport for an entire season. After extensive rehab and practice, she was able to rebound in a big, big way! Not only advancing to the National Championships, but she took 1st place all-around at the Regional Competition. At the Eastern Nationals, she won the Vault event outright, and placed third overall. She credits the support of her teammates and family, including her Beam Coach, Mom Kris, for making it back to an uber-competitive level, when for many just walking normally would be a success story. “Being back in the gym with my teammates has been awesome,” she said. Sydney hopes to compete at the collegiate level and pursue a degree in Education at either Bowling Green, Southern Utah, or Northern Illinois. 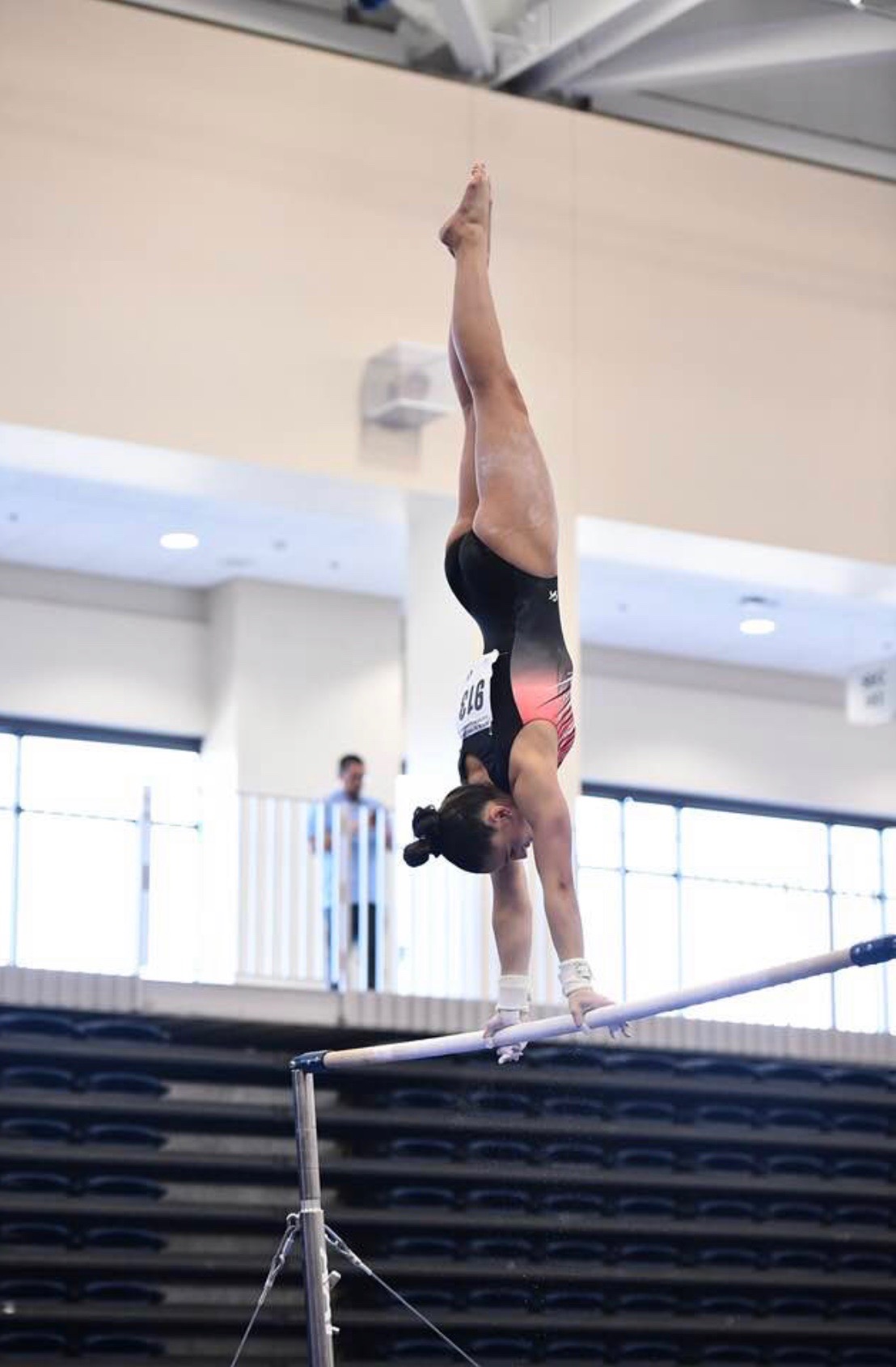 For Sierra, 15 and in 10th grade, her challenge was to remain patient and stick to a program. “Making level 10 was both my biggest challenge and achievement,” she said. “I made the decision to stay at level 9 for an extra year, because I felt I needed an extra year to tighten up my skills.” At the Eastern Nationals, Sierra recorded the best score on the Beam this year, and was 8th on the Floor routine. It’s a little bit away, but now Sierra is aiming towards Cornell University, which competes at the Division I level in gymnastics.

It should be noted that the leap from level 9 to 10 is a much bigger jump than just up one number. When you are at Level 10, you compete against others who also are at the top of their “game.” But both young ladies are ready to go, and we should be hearing great things about each of them in the current year.

Sydney and Sierra cited their role models as world class athletes Simone Biles and Aly Raisman. They never heard of Mary Lou Retton (ouch! Fortunately, Kris has), but don’t be surprised if you walk down the cereal aisle and see something like this on a Wheaties box. 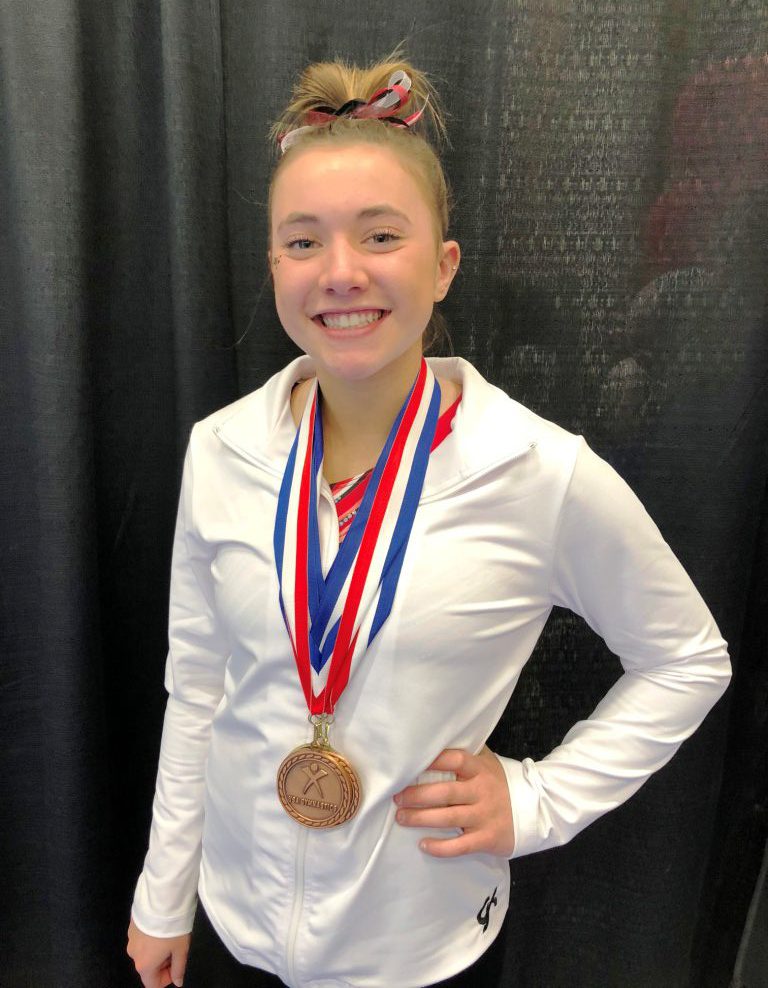 Sierra and Sydney are local, likeable and sincere young ladies – the types who are very easy to root for. Good luck to them and their teammates this year!