Visit Saratoga.com For Everything Saratoga
Enter Giveaways Advertise
Note: Saratoga.com is not responsible for posts and comments written by non-staff members.
Home  »  Recreation  »  Not Raining Today? Take a Hike!

With daily rain showers, planning outdoor activities this summer has been sketchy. So when a day comes along like last Saturday, with sunshine and no rain in the forecast for at least 24 hours, it’s an opportunity to get Up and Out like no other! There’s one place in particular, that draws us and many others out on a bright summer day.

I’m talking, of course, about Hadley Mountain, in the northern corner of Saratoga County. A mere forty five minute drive from Saratoga Springs, Hadley Mountain is a nearby adventure that will release all those pent-up endorphins and give you that warm fuzzy feeling you’ve been missing. 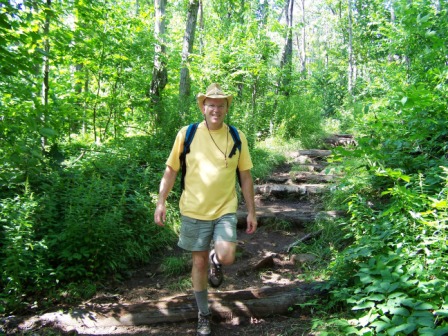 So last Saturday, I, my wife, Brenda and Chewie the dog headed up to Hadley to take advantage of the rain-free skies, and to claim our share of the wild blueberry harvest. 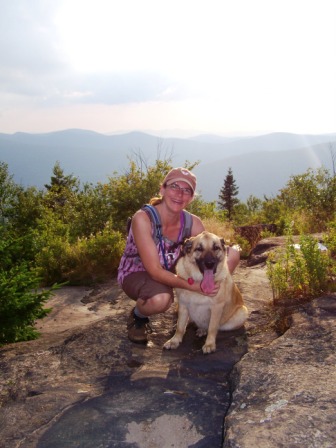 You see, Hadley not only has great views at the summit, it also is well know for its cache of blueberries. The fires that once scarred the old summit created the open ledge views, but also made for prime blueberry growing conditions. 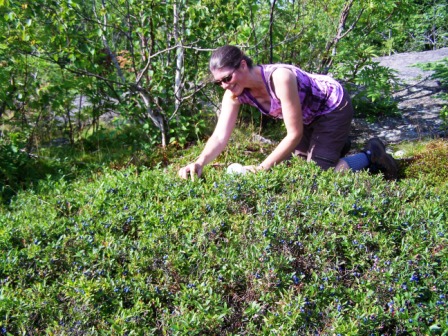 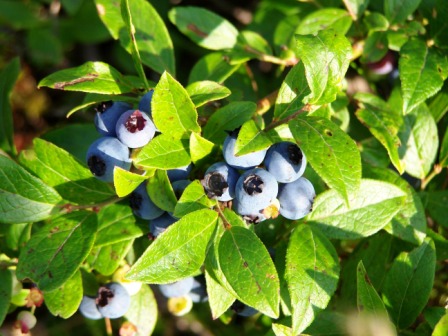 The hike up Hadley is short – about a mile and a half to the summit and fire tower, but in that distance it delivers a plethora of sights, sounds and feelings that make for a great outing for everyone young and old. In fact, on this day we met a family with a small boy in tow, and a couple in their 80’s who have hiked Hadley every year for most of their lives. Turns out the old man, Jack, was an early champion of the restoration of the Hadley Fire Tower. Now weakened by a stroke, he defies doctors’ prognosis’ and continues to hike his mountain.

With all the rain of late, the forest is a lush garden scape in full bloom. The flowers and fern gardens, and the babbling brook alongside the trail are nature’s perfect landscaping. 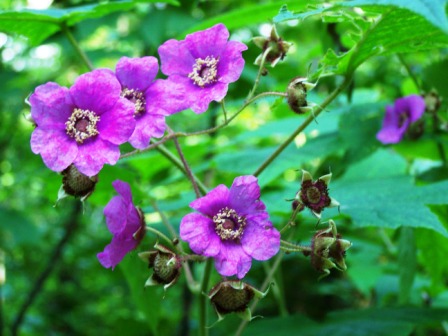 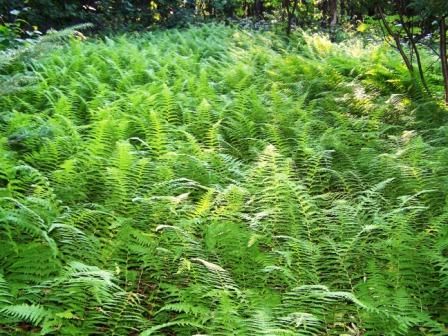 The mid section of the trail is quite steep, and you’ll soon feel the burn in your quads. Just when you think you’ve had enough, the trail flattens at a ridge, and the cool breeze quickly evaporates your hard earned sweat. After traversing the ridge, a half mile scramble up the summit ledge reveals the prize – a spectacular view of the Sacandaga River watershed and southern Adirondacks. 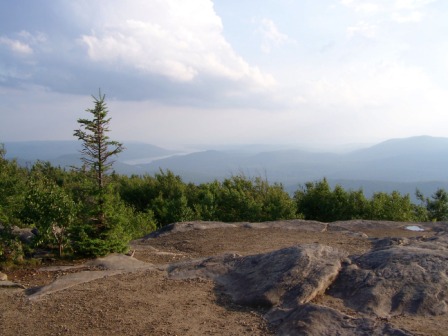 Of course, no hike up to Hadley would be complete without a visit to the Fire Tower. Hadley is one of three other Fire Towers in the Adirondacks that have a summer summit steward. 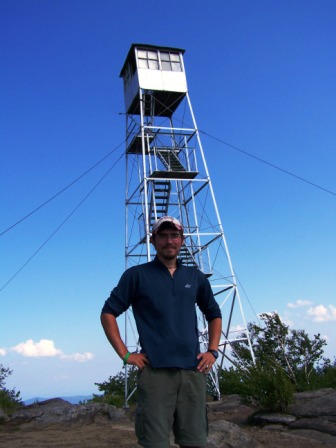 This year’s host is Dan Rockefeller, from Galway. Hired as an intern from SUNY Potsdam, Dan instructs people on the carry-in-carry-out wilderness ethic. Some days, the summit of Hadley can become a busy place; managing the human impact can be somewhat of a challenge.

Sadly, earlier this year some visitors got out of hand and vandalized both the tower cab and the steward’s cabin. Locked doors were breached, windows were broken, and structural damage was inflicted, all for no reason but to destroy a public asset. It is a shame that even a remote mountain is not safe from the insanity of man. It is odd that a place such as this that draws people to its flanks for peaceful inspiration can also lure those with malice on their minds.

The mountain, however, is a lover, not a fighter. Folks like Jack, who at 80 years young, still returns to his beloved Hadley Mountain, to receive it’s love and heal it’s wounds. Their care and nurturing of the mountain, it’s trail and fire tower, are the reason why this hike is such a popular draw. Come quietly, with respect and admiration, listen, look and enjoy. And try to leave the place better because of your presence. 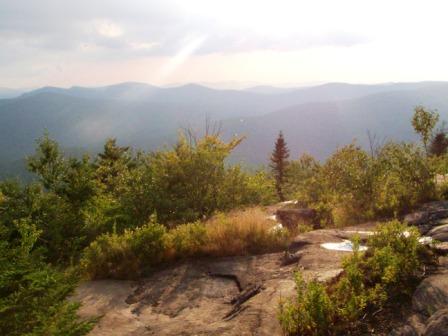 We need more Jacks in this world, and less jerks!