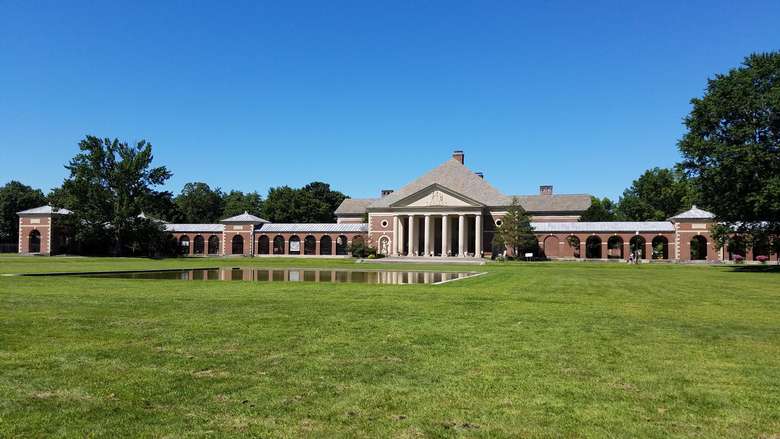 The Saratoga Springs Preservation Foundation is pleased to offer its popular bike tour of the historic Saratoga Spa State Park on three occasions this summer. Join Linda Harvey-Opiteck on Saturday, July 11th, Saturday, August 22nd, or Sunday, September 27th for a tour of the park to explore its historic development from 1910 to the present, highlighting its significant architecture and landscape while remaining socially distant.

Bike through the beautiful outdoors along the old roads, carriage paths, and trolley lines to explore the progressive story of Saratoga Spa State Park. This includes the protection of the springs, the creation of the reservation, and its development as a world-class spa, which today is a major cultural and recreational destination.

The tour starts at the early bathhouses on South Broadway, known as Lincoln Park, then travels over to the little known springs on Route 50, and down to the scenic Geyser Park area. Along the way some of the changes made in the 1960s will be discussed. The tour concludes at the complex of Beaux Arts buildings in the heart of the park.

Tickets are $20 for SSPF Members and $25 for non-members. Tour will last approximately three hours and people must bring their own bike. For those who do not have a bike, you can rent a bike through CDPHP Cycle! which has multiple locations throughout Saratoga Springs. Space is limited to 20 and tickets must be purchased in advance. The tour meets outside of the National Museum of Dance, 99 South Broadway.

For more information or to make a reservation, please call the Saratoga Springs Preservation Foundation (518) 587-5030 or visit our website

Guided Tours of the Knickerbocker Mansion