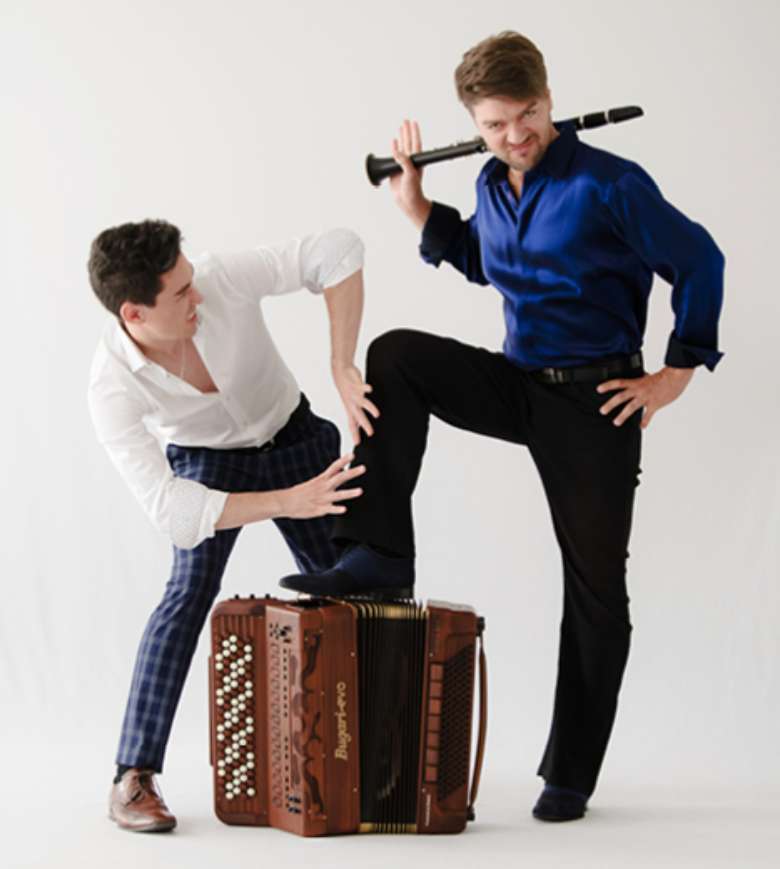 Our Promenade Series continues with a performance by the Bridge & Wolak Duo, our 2022 Flonzaley Resident Artists, Michael Bridge (accordions & piano) and Kornel Wolak (clarinet & piano). In a classy, virtuosic and comedic show, the Bridge & Wolak Duo play a mixture of music from “Bach to Benny Goodman” featuring a joyful collection of well-known standards from the Baroque, classical, jazz, and folk repertoires. Selections include music by Bach, Handel, Saint-Saens, Bechet, Goodman and Hank Williams.

With deft virtuosity and endless wit, Bridge & Wolak have been called the ‘Victor Borges of the 21st Century.’ “Fun-loving gentlemen (with seven degrees in music), they are both globe-trotting musicians and educators,” wrote Canadian Broadcasting Company of the pair, who were nominated for the BC Touring Artist of the Year award in 2019. “Watch and be amazed!”