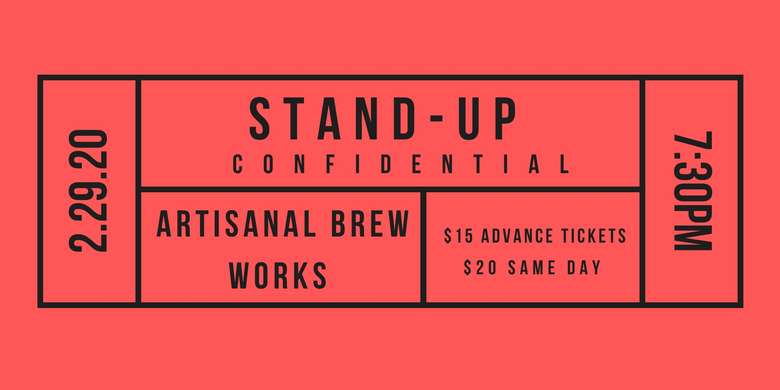 The North American Comedy Brewery Tour presents a unique night out featuring the finest that comedy has to offer, paired with Artisanal Brew Works signature brews!

We've hand-picked some of our favorite stand-up comics from around the country to perform secret, one-night-only shows at special venues across the country

Who do we have lined up? We're not saying, and you won't find out until they hit the stage. So take a chance, roll the dice, and join us for some serious laughs!
We bring the best comedians to local breweries for evenings that keeps the draughts flowing, and the laughs coming. We provide the absolute funniest in comedy entertainment, with our comics having credits at top festivals, on TV, and in major national and international clubs. All you need to do is come ready to laugh.

Connect with us on Facebook by following "The North American Comedy Brewery Tour" for a chance to win a beer flight for you and a friend on the evening of the show! (Winner messaged on day of show at 12:00 PM)

*A portion of all proceeds from any North American Comedy Brewery Tour show will go towards animal welfare organizations supporting rescue, protection, fostering and adoption of dogs in loving homes.*

Not Too Far From Home Comedy Show & Dinner