Visit Saratoga.com For Everything Saratoga
Enter Giveaways Advertise
Note: Saratoga.com is not responsible for posts and comments written by non-staff members.
Home  »  Uncategorized  »  And Then the Sun Came Out… 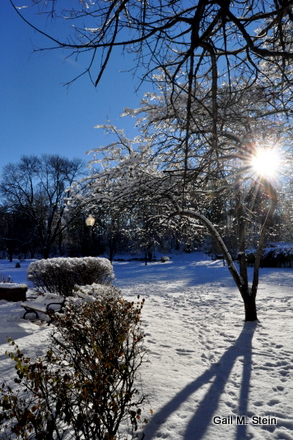 After almost a week of periodic snow, when I awoke this morning the sun was shining! Not only that, but because of the continued cold temps prior to today, the snow and ice were still clinging to the trees, so off I went in search of ice sparkles. I had to point my camera toward the sun for many of the photos in order to try to capture the most dramatic sparkle, and I was thrilled to see that I managed to get some really good shots. I will share more in a future post.
I walked through both Congress Park and the State Park. It was a beautiful morning and fairly crowded, even at the early hour, with people out enjoying the snow, the warmer temperatures and the sun. As I walked through the State Park, I stopped frequently to pet all the dogs who were out playing with their owners. My own dog, Maddy, had to be put down this past May and this is my first winter in 13 years that I haven’t had a dog to laugh and run with in fresh snowfalls. I know I have shared this picture a few times on my personal Facebook page and I apologize to anyone who has had to see this particular photo over and over again, but it is one of my favorites. This was my girl who LOVED the winters.

I got a few shots of some of the dogs out walking with their owners this morning. 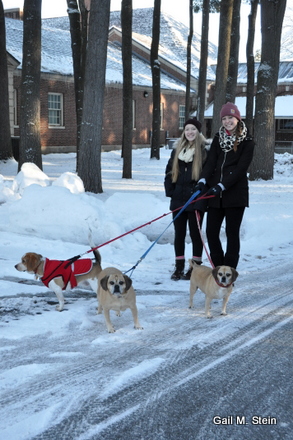 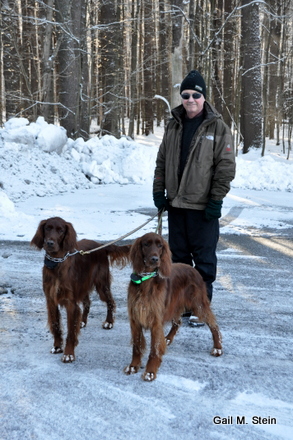 I came across this hilarious group of women just as they were loading their dogs into their cars. When I asked if I could take their picture, they very kindly had them jump out and agreed to let me take a shot. I wound up taking about ten, because the dogs were so excited that it was difficult to get them to sit still. These women were great sports about it all and had me laughing with them as they tried to get their pets to cooperate. We came so close at one point, but then the middle dog suddenly dropped into a sit and started scratching. 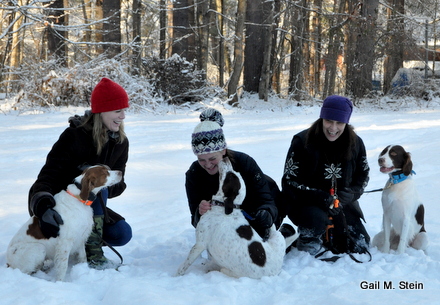 This was the photo we finally got. Definitely a lot of fun with these ladies and their gorgeous dogs. 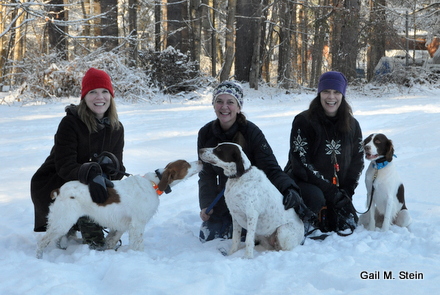 I headed downtown and went into Pipits to look for some gifts and ornaments, and that is where I met Linda, who was in the process of purchasing a sparkly gold owl ornament as a gift for her husband. (She told me she was certain he would not see this blog post so it was okay to talk about it!) 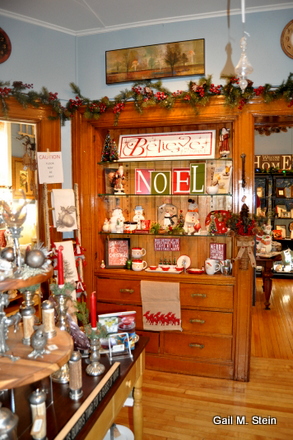 Linda told the salesgirl and myself that she and her husband buy each other a new ornament every single year as a Christmas gift. This has been going on for over 30 years, resulting in over 70 sentimental ornaments covering their years together, on their tree. We were charmed by the story! 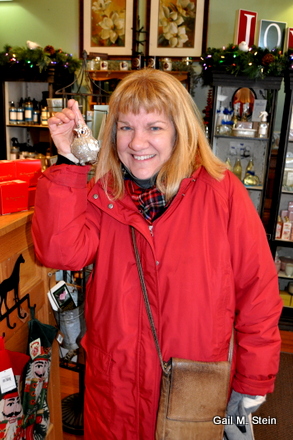 She further went on to explain that they actually hide the ornaments on the tree every year, and then have to hunt to find each other’s gift, while sharing a bit of wine or other holiday cheer. I thought this was such a heartwarming and thoughtful tradition!
I am going to close tonight with this one final shot. I hope everyone had a chance to witness the sparkling beauty of this morning. 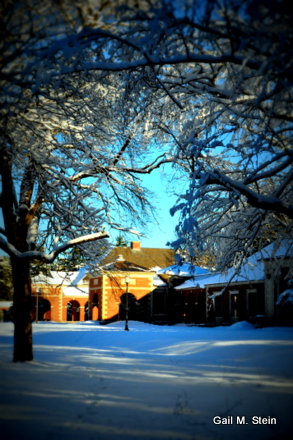