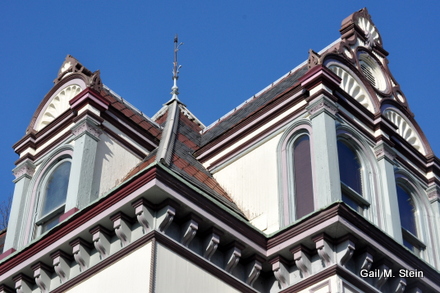 As everyone knows, this past weekend’s weather was absolutely SPECTACULAR! Finally, spring! Quite happily, I also had a pretty busy social calendar which kept me out late and dancing both Friday and Saturday nights…a basically unheard of phenomenon in recent years. However, despite my lack of sleep and sore feet, I was up with the sun both weekend mornings because I was just so excited by the sunlight streaming in my windows and the birds I could hear singing outside. As I’ve mentioned before, I am definitely an early morning person who firmly believes that the best part of the day is lost on the folks who sleep past 6:00 a.m. 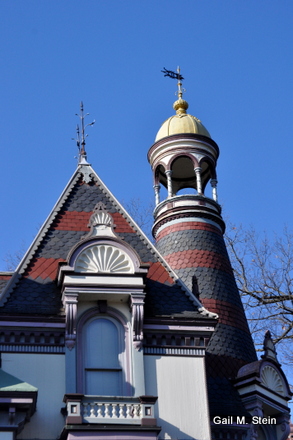 I headed out fairly early on Saturday morning and went out for a run around Circular Street and through Congress Park. I put in a couple of slow, unenthusiastic miles, but found myself so distracted by the beautiful morning and everything I was seeing that I went back to the car and grabbed my camera. I happened to be parked by the Batcheller Mansion and decided to focus on all the beautiful angles, detail and architecture of this beautiful and historic architectural masterpiece. 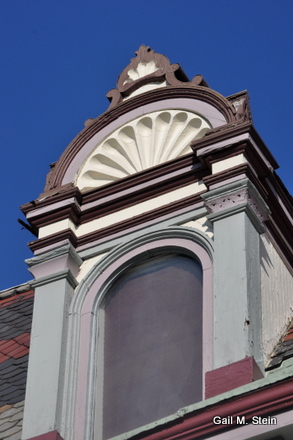 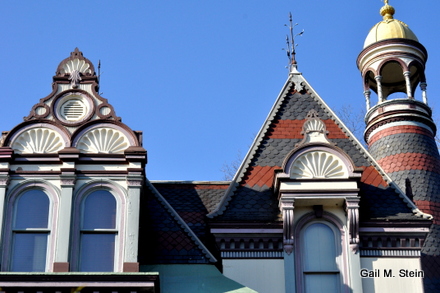 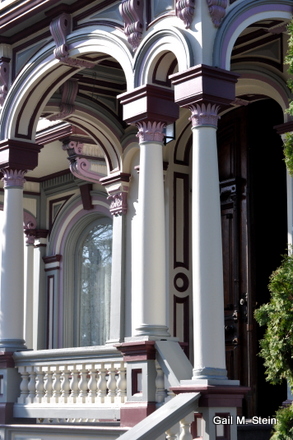 As quoted from the Batcheller Mansion Inn website, “Designed by Nicols and Halcott of Albany, NY, in 1873, this High Victorian gothic mansion exhibits influences from the French Renaissance, Italian, and Egyptian Styles. The red and gray slate mansard roof is bifurcated by dormers, each accented by a huge clamshell arch. The ivory stucco facade is studded by a myriad of ornate bays and its conical tower, resembling a minaret, is right out of Arabian nights. That bit of exotica was the result of original owner, George S. Batcheller.” 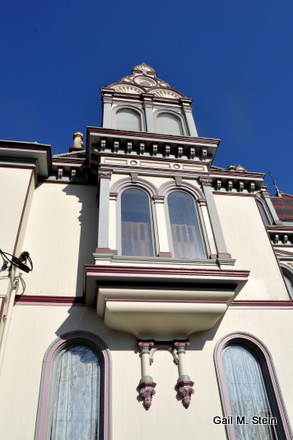 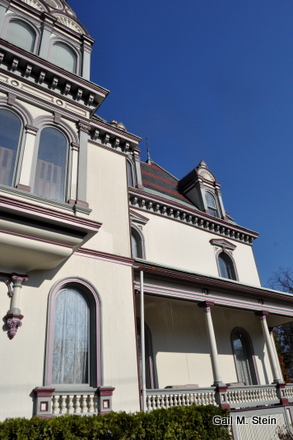 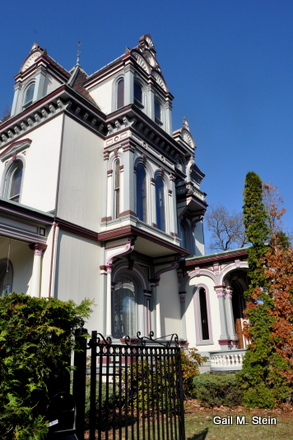 With the summer approaching, I am guessing people will be less and less likely to want to read all my chatter, so I’m going to try to be less wordy in the coming months, and just share lots more pics. I have some other fun ideas I might try as well. (There is a WONDERFUL blog that I am completely enamored with called, “Humans of New York.” I may try something along those lines as we approach the summer months.) For now, however, a few more shots of the Mansion. 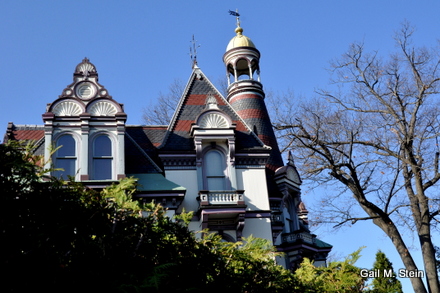 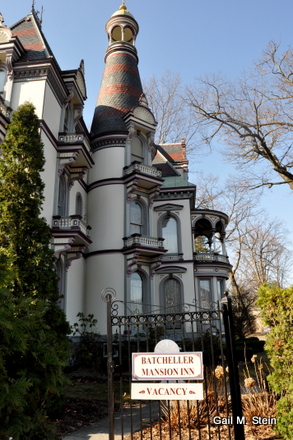 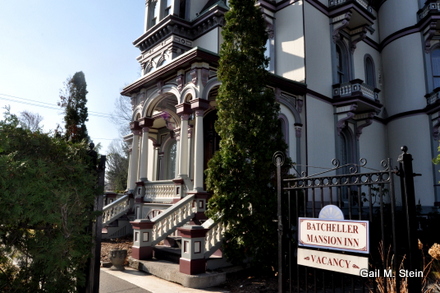