Visit Saratoga.com For Everything Saratoga
Enter Giveaways Advertise
Note: Saratoga.com is not responsible for posts and comments written by non-staff members.
Home  »  Oklahoma Track  »  Summer Season has Ended…but the Beauty Never Does 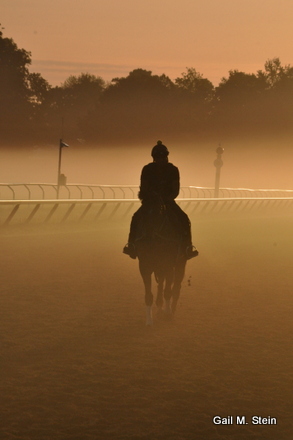 Some days, it really pays to get out of bed. This past Saturday was a stellar example of all the good and beautiful things going on outside in the hours just pre and post the sunrise, particularly in beautiful Saratoga. And, to make it even better, I was out there snapping photos incessantly, with the hope that I might catch a couple of really special shots. 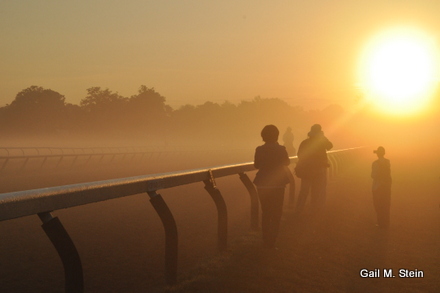 When I woke up, it was still dark out, but I could see what I thought looked like a potentially dramatic sunrise in the making. It’s probably a comical scene to see me stumble out of bed, splash some water on my face and brush my teeth, throw on the first clothes I see, stiffly race into the next room to grab my camera, and fly out the door. It is what I do almost every weekend morning.
First, I stopped at the lake because there was, indeed, a spectacular sunrise unfolding, but I will save those photos for a later post.
I had decided a couple of weeks earlier that I had neglected the Oklahoma track throughout the racing season and wanted to get over there for some early morning photos. 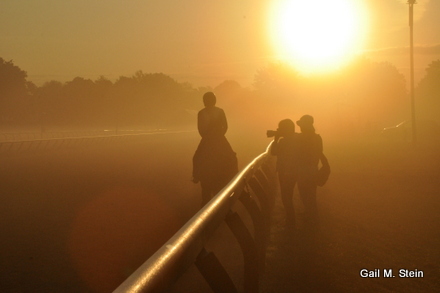 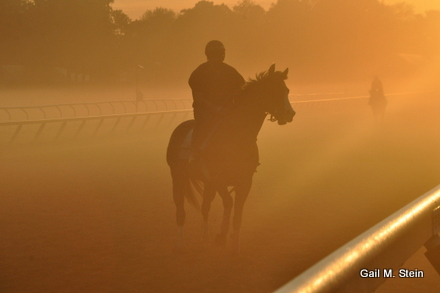 I was definitely not the only one with photography on the agenda that morning. There were several people there ahead of me, many with tripods and all with cameras. And how lucky we all were to be there on what turned out to be such a very special morning. The sun was spectacular, the rays beaming through the trees, and the sky all rosy. It was breathtaking. 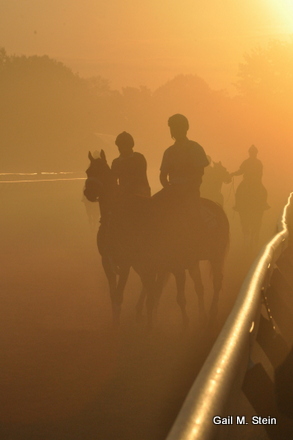 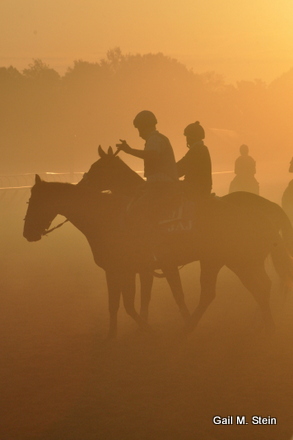 I didn’t know until I got home how much I would love these photos, but I could tell I was getting something really special as I pointed my camera toward the sun. The images I was seeing on my screen almost looked too mystical to be believed. But there they were! 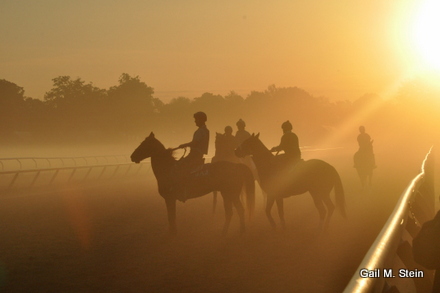 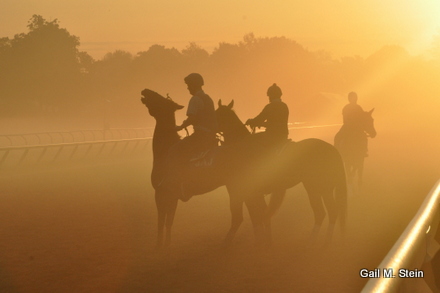 I realize many of these images may seem similar if you are quickly scrolling through, but if you really look, you will see that they are all completely different scenes, all bathed in the gold, pink and coral of the sun’s rays. I could not decide which I liked best, so I am sharing most of my favorites.
And, to all the people who follow Frozen Moments on FB, I apologize for the repeats here, but I share the best ones there first so, of course, I want to use them here as well! 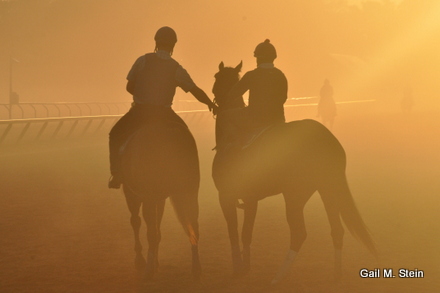 As the sun rose higher in the sky, the lighting continued to change…and the direction I pointed my camera made a drastic difference as well. The shots went from the golden ones to the more pink as I turned slightly away from the sun, to clear shots as I faced more to the west. Regardless, it was beautiful no matter which way I turned. 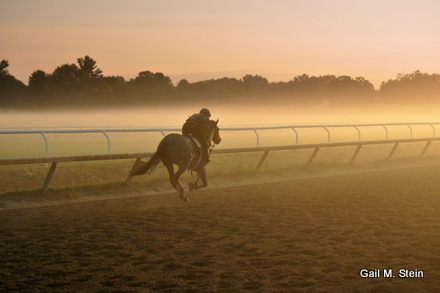 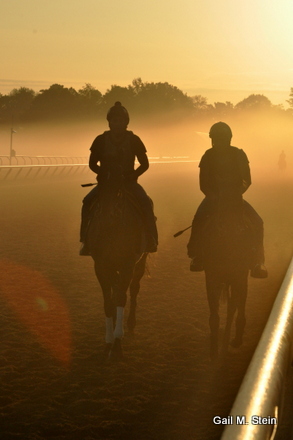 In the photos below, I loved the way the light was hitting the roof and the top of the rails. 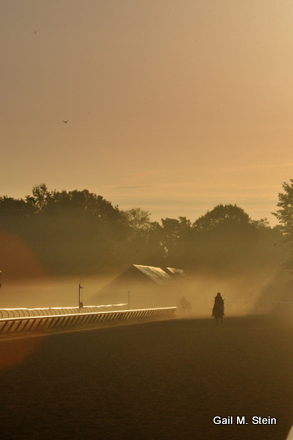 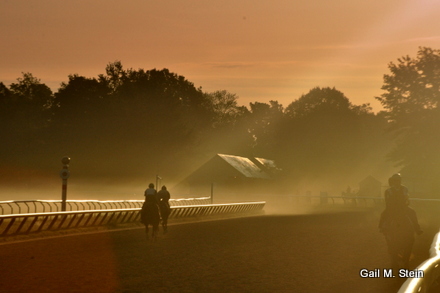 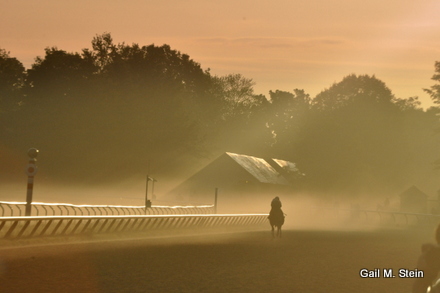 And, finally, some of the clearer shots from the morning…as the sun rose higher in the sky, the fog lifted, and I finally turned away from the sun. 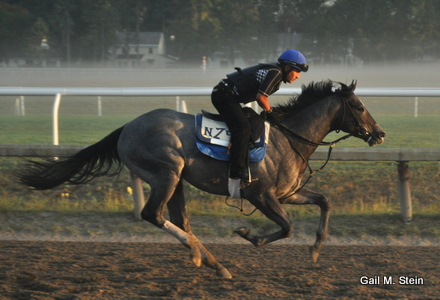 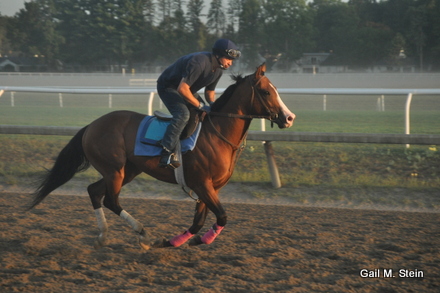 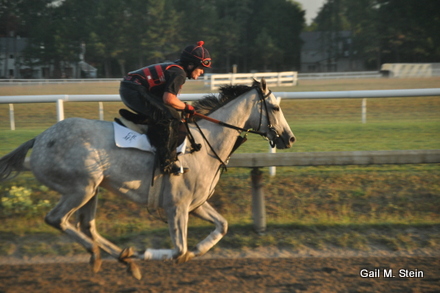 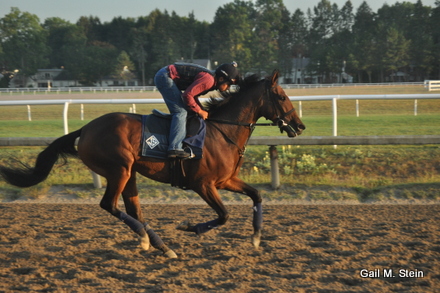 So, the 2015 track season has come to an end…and Labor Day signifies the official end of summer. I agree with the general sentiment that it was way too short and went far too quickly, but I hope we all agree that it was a really good one!