Visit Saratoga.com For Everything Saratoga
Enter Giveaways Advertise
Note: Saratoga.com is not responsible for posts and comments written by non-staff members.
Home  »  Albany  »  It’s Mother’s Day Weekend, so it Must be Tulip Festival Time 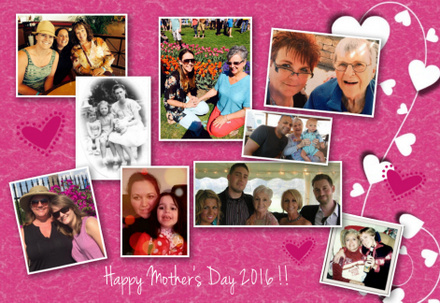 To all of the mothers, grandmothers, aunts, and caretakers out there…Happy Happy Mother’s Day! 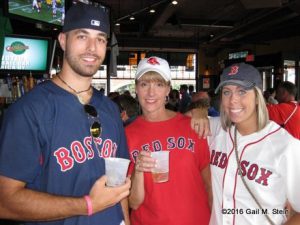 I’m trying hard not to be too whiny, but this is the first time in 32 years that I will not be spending Mother’s Day celebrating with at least one of my kids. Since they have both moved far, far, far away from their mother, I have been spending the weekend with one or the other of them in either Texas or North Carolina, and that just didn’t work out this year, unfortunately.
My only consolation is the certainty that they will both undoubtedly be sobbing uncontrollably into their respective pillows all day long, wishing they were with their mom. At least in my mind, that’s what will be happening. 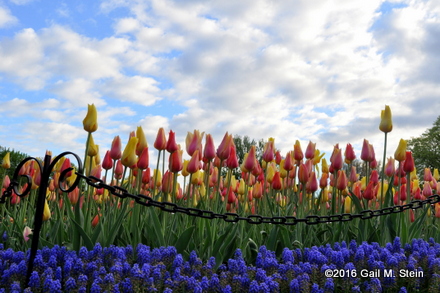 Instead of whining, I think I will share a bunch of photos I took yesterday at Washington Park in Albany, just a few hours before the Tulip Festival started, and then I will talk a little bit about my mom. 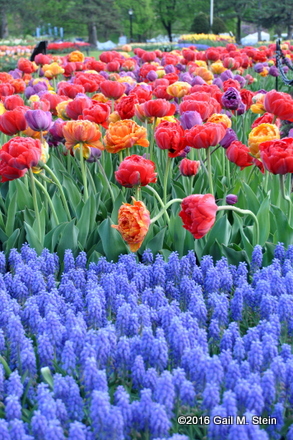 When I woke up yesterday morning and saw actual breaks in the clouds, I raced out the door (by 5:30 a.m.) and headed to
Waterfront Park with a coffee to enjoy the sunrise before heading to Albany. An
hour later, I headed down the Northway and arrived at Washington Park by 7:15
a.m., where there were already people with their cameras taking
photos of all the spectacular tulips which were still holding onto the
raindrops and glittering in the sun. It was really pretty. I was immediately happy to have made the trip. 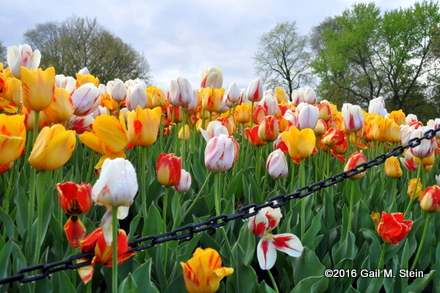 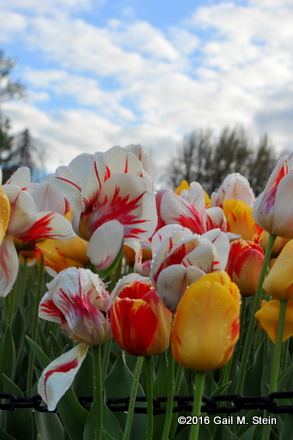 Growing up, I was the eldest of five siblings…and my mom took in two more boys who were friends of my brother’s, so there were actually seven of us for several years. Mother’s Days were usually spent, if she had her way, at SPAC for the Mother’s Day symphony sponsored by Price Chopper. None of us EVER wanted to go (we were kids, after all…), but it was her day so we went. Not willingly, but we went. She would pack a huge picnic and my dad would load up the station wagon and off we would go. We would spend the afternoon going back and forth between the park and SPAC for the concert that none of us enjoyed. But we went because we loved her. And, more often than not, it was a cold and rainy day… 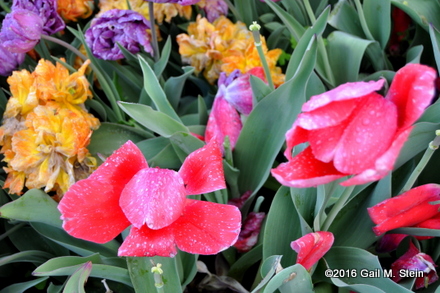 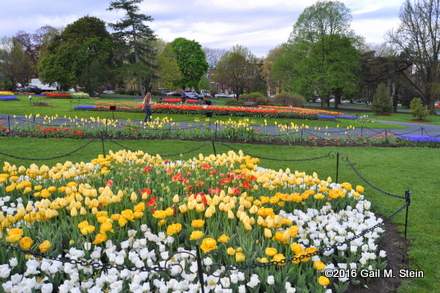 There was so much to love about my mom. There truly was no one like her. Aside from raising, feeding and taking care of a rather rowdy bunch of kids, she ran a hair salon from our home and had full days of customers. She was on her feet all day long.
But she was so full of passion and energy! She sparkled. She was involved…in our lives, in our schools, in the community. Looking back, I have no idea how one person could fit so much into one day. But she did it. 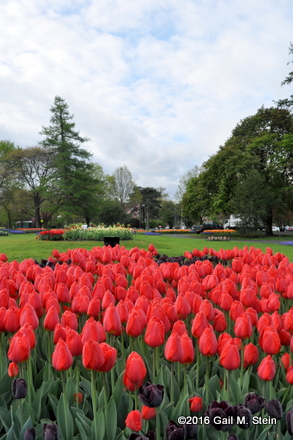 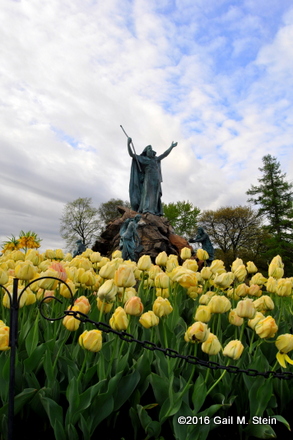 And holidays? Birthdays? Celebrations of any kind were a HUGE deal in our family. Gifts, treats, tons and tons of food. Everything was special and everything was an event. We knew how to celebrate. Our house was a happy, rowdy, sometimes messy place filled with all of our friends and cousins all the time.
She wasn’t a saint, however. She got stressed and tired like anyone would, given all that she had on her plate. And we were not always the most cooperative (or particularly neat) kids. But she powered through. Sometimes with tears, sometimes with anger, but then she would rally and bounce right back. And we did help her out. We had our chores, and we were all very independent and able to take care of things for ourselves when we had to. It was part of being part of a large family. And it was awesome. 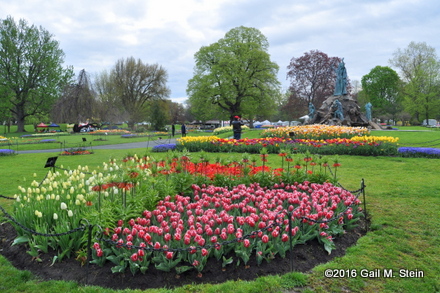 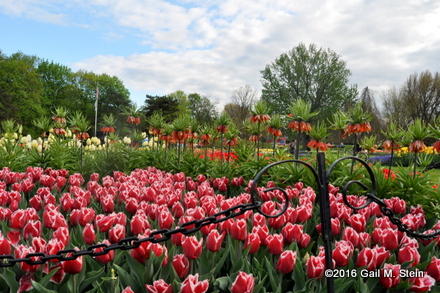 She was our greatest protector and advocate…
And when we were all grown and mostly out of the house, she went back to college and got her business degree. There was just no stopping her.
Unfortunately, she passed away very suddenly and VERY unexpectedly 25 years ago, on the morning before my daughter’s fourth birthday. She was so young, not quite 54 years old. Shocked and devastated are words that do not even begin to describe what we felt. The most important, influential and wonderful woman in my life was gone in a blink. She was my best friend. My confidant. My teacher. 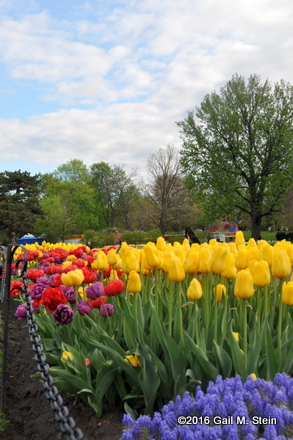 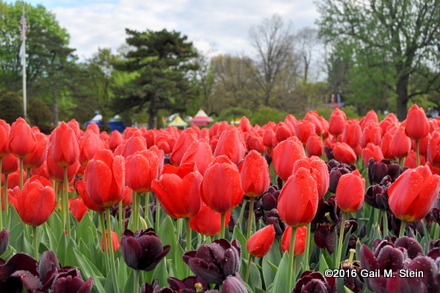 I’m so grateful that she got to know my kids, if only for a little while. She loved them with her whole heart, and I know that she would be so proud of the adults they grew into. I hope that I was (and continue to be) as good a mother to them as she was to all of us. I think I was, I certainly tried. And my kids, even though they are way too far away from me, are my best friends.
I had the best role model. 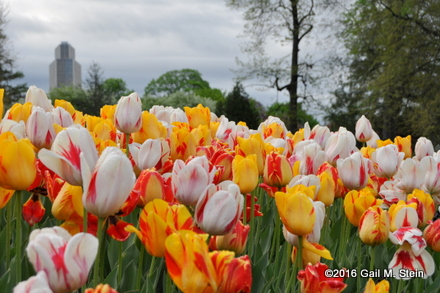 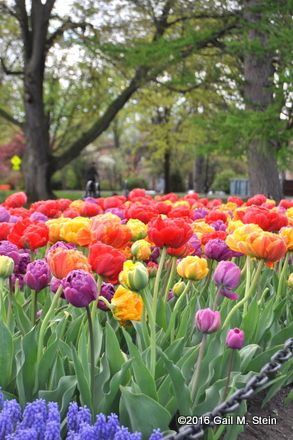 Happy Mother’s Day to my mom and all the moms everywhere. I hope everyone has a beautiful day with someone special. 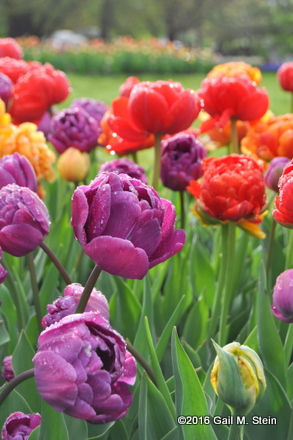 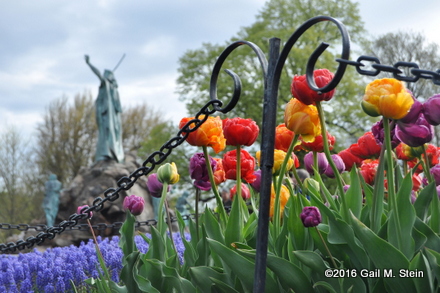 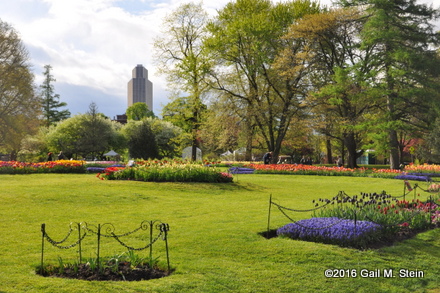 I also hope you enjoyed the photos of all the tulips…I know there are a ton! The park is beautiful and, if you go to the Tulip Festival, you won’t be disappointed.