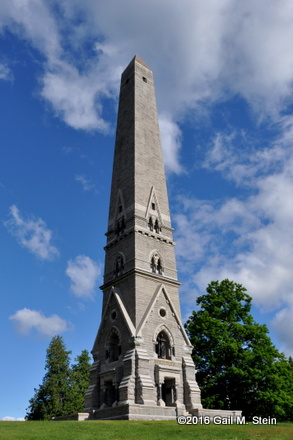 I woke up on Saturday morning last weekend, kind of early again, and decided to head somewhere different for photos, but hadn’t planned on anywhere in particular. Usually, I at least have an idea where I might be headed, but this time I just climbed into the car with no particular destination in mind. 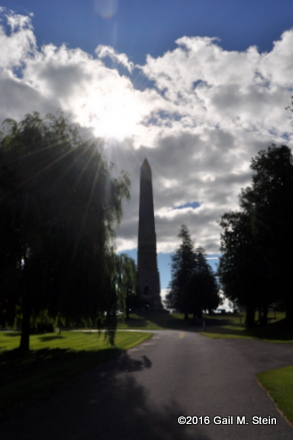 By the time I got rolling, it was too late to catch a sunrise so that was out. But the sky was SO blue and the clouds were so pretty, before I knew it, I was headed out on Rt. 29 toward Schuylerville. Just kind of following the sky. Weird as that sounds. 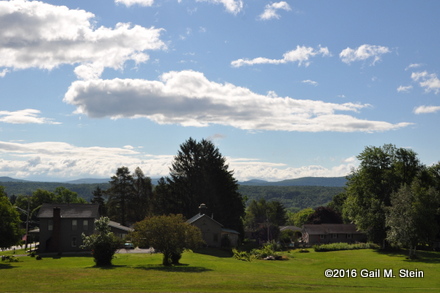 Obviously, I landed at the Saratoga Monument and I’m so glad I did. The views were clear and spectacular and I was late enough that I only wandered around for a half hour or so before the park ranger showed up and opened it up. I’ve been here many times at different times of the year and photographed the cemetery, and all the surrounding countryside, but I’ve never been late enough to actually get inside and climb to the top. 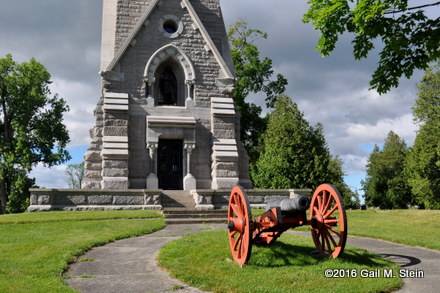 When the park ranger showed up, he told me that he needed a few minutes to walk to the top and check everything out before visitors were allowed to come in. Apparently, sometimes with rain, there are some leaks, but this was not the case and I walked around taking photos for a short while before he came back down and said it was okay to come on in. 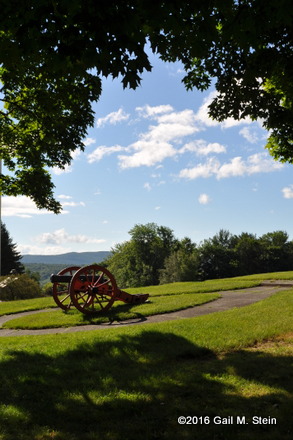 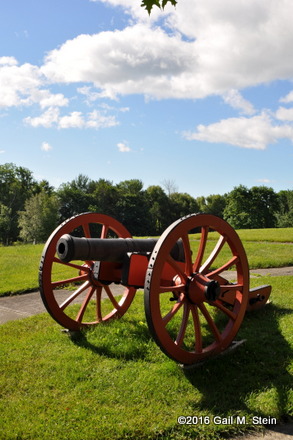 Rather than trying to give any valid information on my own (being lazy), I’m taking this quote from the Village of Schuylerville website: “The Saratoga Monument, located in the nearby village of Victory Mills, is reached by climbing to the top of Burgoyne Street; the highest hill in the area. The Monument stands 154 and one-half feet tall and contains a staircase allowing visitors to view the site and surrounding areas. It contains memorable large bronze plaques of stylized views of the Revolution.

The Monument was built during the time period of 1877-1888 and dedicated in 1912. Ellen Hardin Wallworth, a founder of the Daughters of the American Revolution, served as the only woman on the Board (unusual for its day). Today the Monument is a part of Saratoga National Historical Park. Open May 1st to Labor Day.” 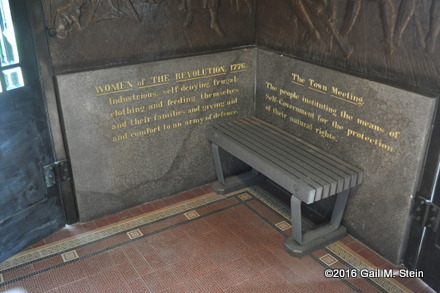 Inside, the above panels briefly describe various elements of the time period, with the sculpted brass plates above them (and it doesn’t appear that I got any photos of those…ugh) telling a pictoral story. 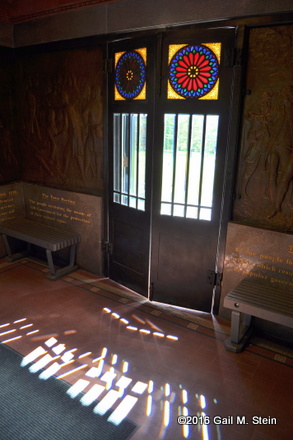 Park Ranger Roger Farrell was a fascinating and very knowledgeable source of information. He wove a historical tale so vivid and detailed that I was literally transported back in time. There was no detail too small, and no question that he could not answer. I found myself wishing I had a pad with me so that I could take notes on the fascinating stories he was telling me. 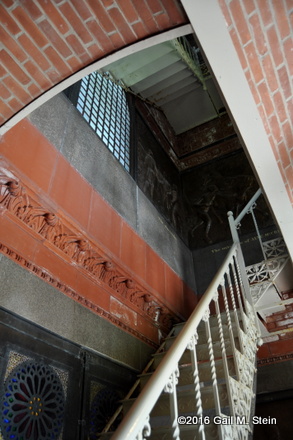 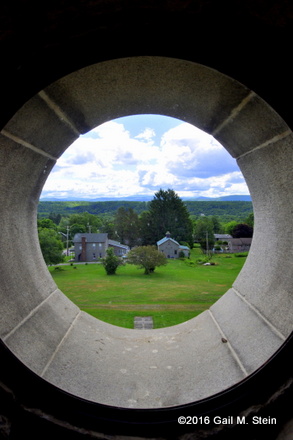 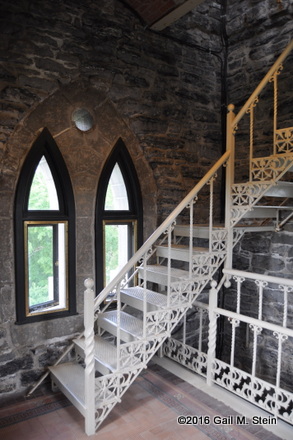 Actually, the climb wasn’t terrible. I made it easily, but there are landings at every level where you can rest and peek out the windows at the ever-increasing views.

There were a lot of stairs! But the views from the top made the climb worth the effort. 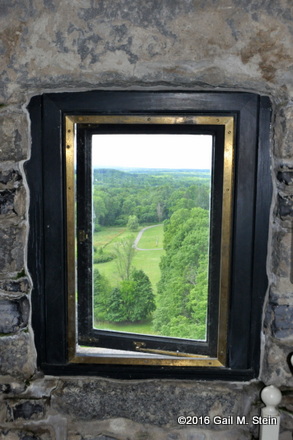 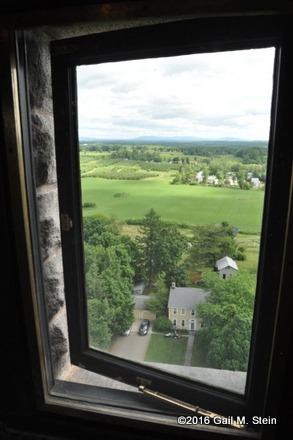 Once rested, I began the easy descent. 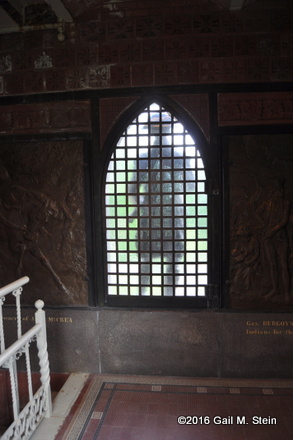 The Saratoga Monument commemorates the American victory in the Battle of Saratoga, also referred to as “the most important battle of the last 1,000 years.” 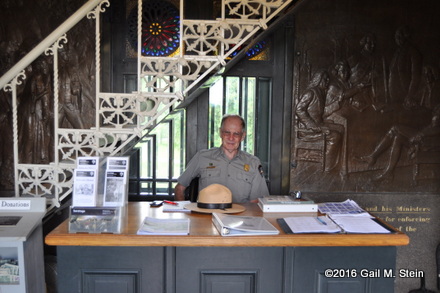 A special shout-out to Park Ranger Roger Farrell for being so kind and so very informative and entertaining. If you want to lose yourself in some local history, this is the place to be. 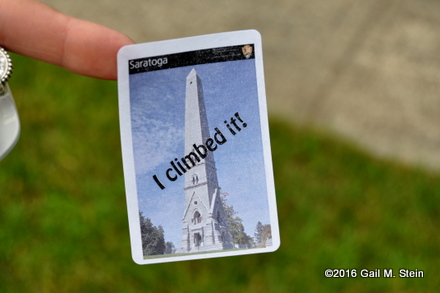