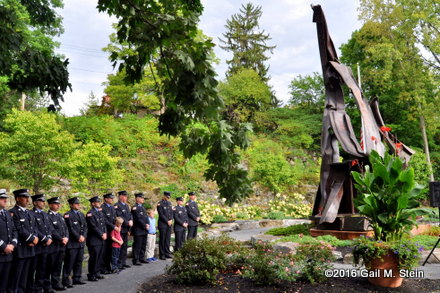 Today marks the 15th anniversary of the 9/11 attacks on the World Trade Center. Everyone knows this. Fifteen years later, everyone still grieves. 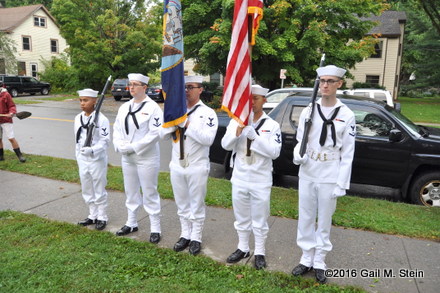 This morning, I attended the Memorial Ceremony in High Rock Park at the Tempered by Memory sculpture. It was an incredibly moving and emotional ceremony, throughout which the only sounds that could be heard were the speakers, the singers, and the sounds of the birds flying overhead. The crowd was motionless, silent. It was apparent how deeply everyone was affected.
I took these photos, but they are not great because, 1) I was there to participate in the ceremony and I can’t do that behind the camera, 2) I was very respectful about staying out of the way of the photographers who were there doing a job, and of the people who were there to pay their respects. 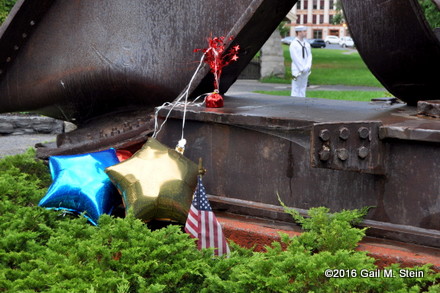 There were several discussions on Facebook this morning with people discussing how vivid the memories of 9/11/01 remain for all of us.
I remember that I had just finished running on the bike path in Ballston Lake, located right next to Carney’s. Every morning, I would reward myself after my run with a Dunkin’ Donuts coffee. I walked into the Burnt Hills DD and got in line, and no more than 2 minutes had passed before the horrific images began streaming onto the television and normal broadcasting came to a halt. 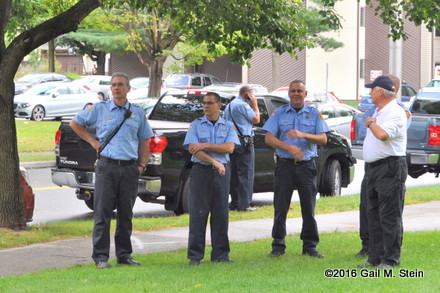 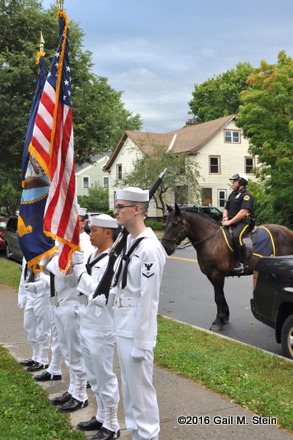 I remember standing there in a room full of strangers (which, in and of itself was odd because I always knew everyone in there…Burnt Hills isn’t that big), bonding and grieving as the story unfolded before our eyes. At first, no one could believe what we were seeing. Then we thought it was just pilot error with the first plane. Then, as the minutes unfolded and the horrors multiplied, it became glaringly apparent what was happening.
Horrified. Shocked. Stunned. Shattered. 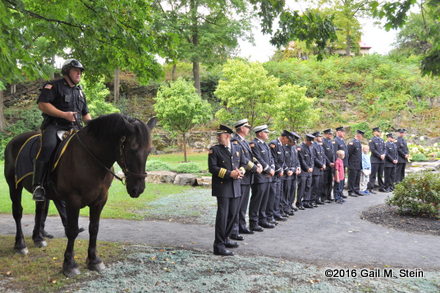 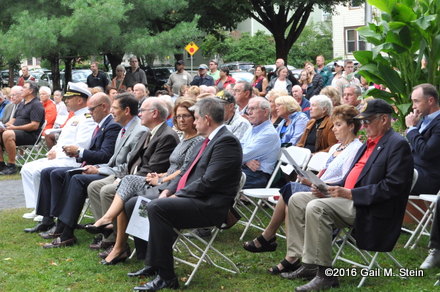 We stayed there together in Dunkin’ Donuts for well over an hour…this group of strangers inexplicably bonded in tragedy. The odd thing is, for as vivid as my memories are of that morning, I have absolutely no recollection of the people I shared this nightmare with. They are just gone from my mind, as I suspect I am from theirs. 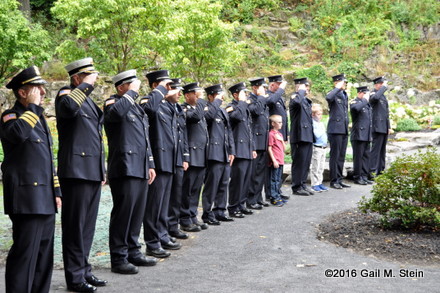 Regardless, we all have our memories. We were all deeply affected in one way or another. No one was exempt. This morning’s memorial was a beautiful tribute to the victims of a brutal act of terrorism, and to the heroes who helped. I found the music to be profoundly moving, particularly when Taps was played. 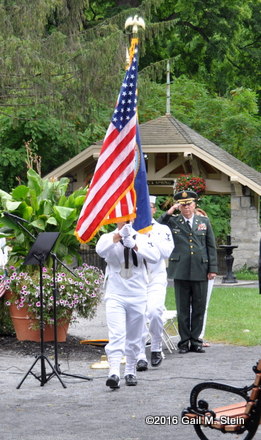 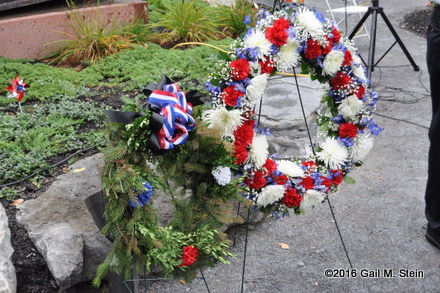 I am so grateful to live in a community like Saratoga where everyone comes together in such a meaningful way. Always remember. Never forget. 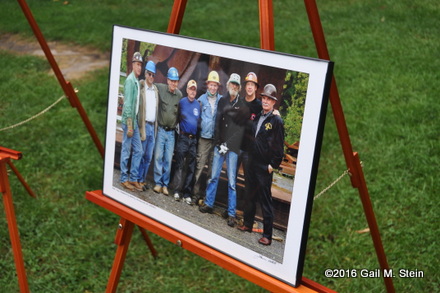 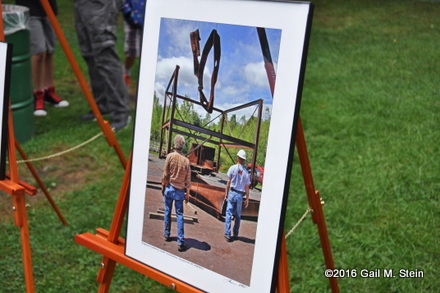 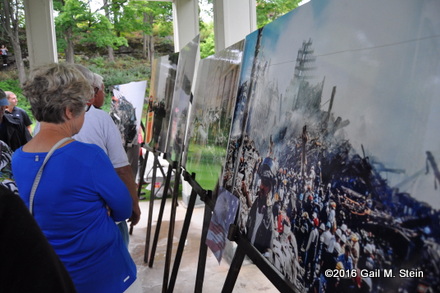 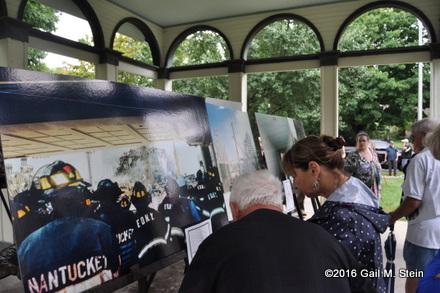