Visit Saratoga.com For Everything Saratoga
Enter Giveaways Advertise
Note: Saratoga.com is not responsible for posts and comments written by non-staff members.
Home  »  Broadway  »  Apparently, Winter Isn’t Over Yet – Searching for Spring in Saratoga 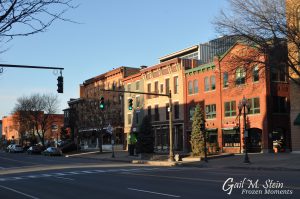 In my most recent post, I was wandering around the State Park on a gorgeous spring-like morning.  In today’s post, I’m sharing photos that I took early yesterday when it was six breezy, chilly (aka FREEZING) degrees. Instead of enjoying the warmth of the sun as I wandered around taking photos, I was instead snapping away from inside the car with the window briefly and periodically rolled down, and the heat blasting continuously. 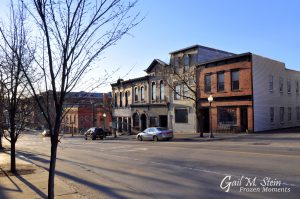 The photos are shown in the order taken as I walked a bit on Broadway, then drove up Clinton Street.

I’ve been battling a cold for the last week or so (seems to have been the season for everyone to be sick with something…I haven’t had so much as a sniffle until now) and, because of this, have not been getting out for photos. Yesterday I woke up feeling pretty good and, with the realization that the time change would most likely mess up my Sunday (and it has), I decided to head out and see what could be photographed. 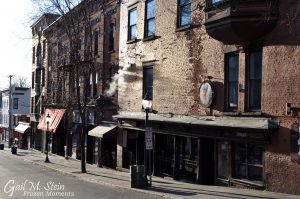 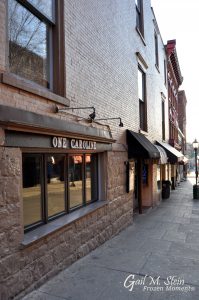 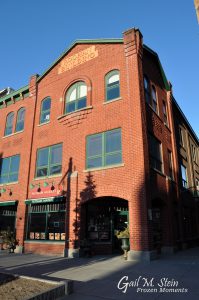 But, yikes, it was cold! I almost changed my mind and headed back inside where it was warm, but I needed to go to Saratoga Coffee Traders anyway to find out when and how I would be hanging my photos in there for the month of April.  YES, my photos will be displayed and on sale from April 5 through the end of the month (a bit of shameless self-promotion…sorry). It’s very exciting. 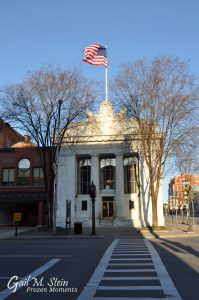 While I was there, of course I grabbed a large Death Wish before returning to the car. I tried to think of where I might drive and safely take photos from inside the car. As it was early, there really wasn’t anyone on the road so I felt fairly safe stopping my car every so often to take a photo. I decided on Clinton Street.

Once on Clinton, however, I did venture outside briefly to get some closeups of all the cool lines and angles of those row houses…they looked so beautiful against the perfectly blue sky. But I kept the engine running with the heat on. 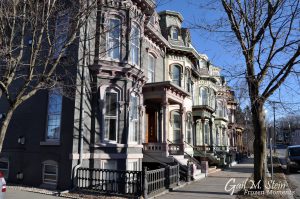 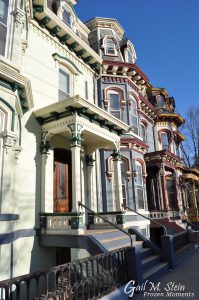 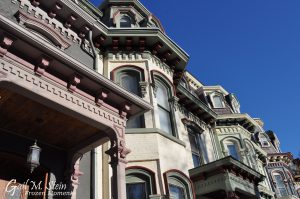 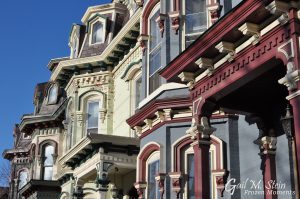 And, finally, a shot of the gorgeous Annandale Mansion. 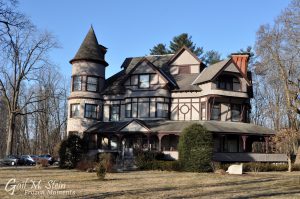 At the end of the street, I turned onto Daniels Road and headed home. I got some cool shots there as well (mostly of the train tracks) but I will save them for another day.

Stay warm! Spring is only eight days away according to the calendar.

(PS I am also working on a couple of other posts highlighting some really great people, their businesses and their lives!)