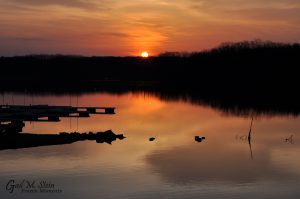 I haven’t been sleeping well lately. I have no idea why this is. I’m normally a very early morning person anyway but, in recent weeks, hopping out of bed at 4:00 am, totally frustrated at my inability to fall back to sleep, has become something of the norm. 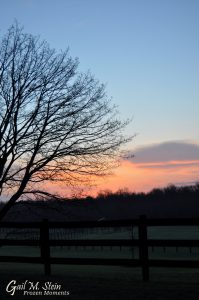 This past Sunday, however, was Easter Sunday. The moment I woke up, I got it into my head that there was going to be a gorgeous Easter sunrise and I was determined to be at the lake to watch.

Happily, I had plenty of time to get dressed and get out the door given my early start. I filled a travel mug with coffee and headed out.

The ride along Gilbert Rd. (photo on left) was very calm and peaceful, and I could see that it was, indeed, going to be a spectacular dawn. I drove a little faster…

I made it to Saratoga Boatworks which was my view of choice on this particular morning. As I pulled into the parking lot, I saw that the reflection of the sky onto the lake was bright pink. I didn’t want to miss that, so I actually RAN (coffee in one hand, camera in the other) to the docks before the colors began to fade. 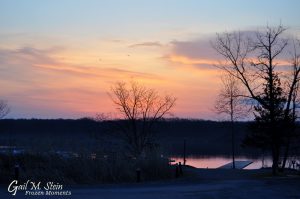 The view on the lake was absolutely breathtaking. Adding to the overall experience were the sounds of the geese, as well as the peepers still singing their nighttime songs. I stood at the docks and watched/listened as the sky slowly turned from pink to orange. 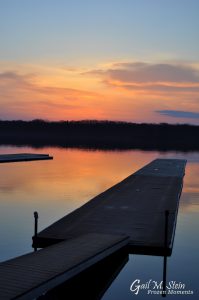 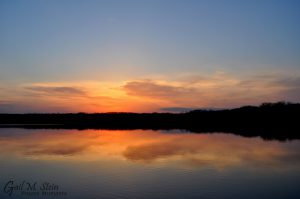 After several minutes, I decided to go up to the bridge and take some shots from up there. The sun was just beginning to peek over the horizon and I watched it slowly climb into the sky. (It was at this point that I noticed myself singing Cat Stevens’ “Morning has Broken.”) 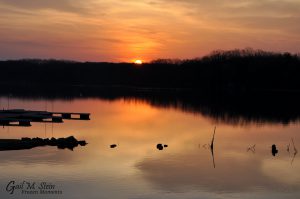 As the sun continued to climb, I began to walk back to the car…but not before grabbing a final couple of photos, one from each side of the bridge. 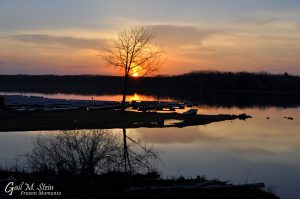 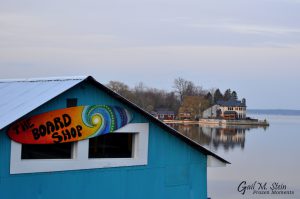 And then, as a rather dramatic finish after the rain in the late afternoon, a spectacular double rainbow appeared! Unfortunately, I totally missed it, but Diane Jorgensen caught a pretty special shot and very kindly agreed to let me use it here. Thanks, Diane! 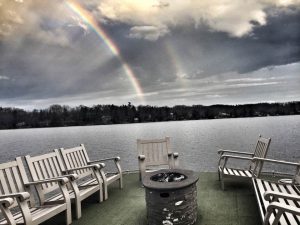 For those who don’t know, Diane and her husband, Mark, own Plum Dandy on Broadway (http://plumdandyyogurt.com/). If you haven’t been in there lately, stop by and check out all the delicious and healthy options they now offer, in addition to great coffee and, of course, frozen yogurt. I will have more to say about this in the future.

Hope everyone had a beautiful Easter!