Visit Saratoga.com For Everything Saratoga
Enter Giveaways Advertise
Note: Saratoga.com is not responsible for posts and comments written by non-staff members.
Home  »  Book Reviews  »  Book Review: “Six Weeks in Saratoga,” by Brendan O’Meara
SIX WEEKS IN SARATOGA
How Three-Year-Old Filly Rachel Alexandra Beat the Boys and Became Horse of the Year
by Brendan O’Meara
ISBN13: ISBN13: 978-1-4384-3941-9
Excelsior Editions (State University of New York Press, Albany, New York, 257 pages, $27)
I like writing book reviews, because I love reading books. And when I read a book that I love, I want to share it with everyone I know. And–Voila!–via the Miracle of the Internet–I can share it also with lots of peeps whom I don’t know.
I love this book, and the reasons for my loving it are many and varied. I’ll share but a few with you here, today… 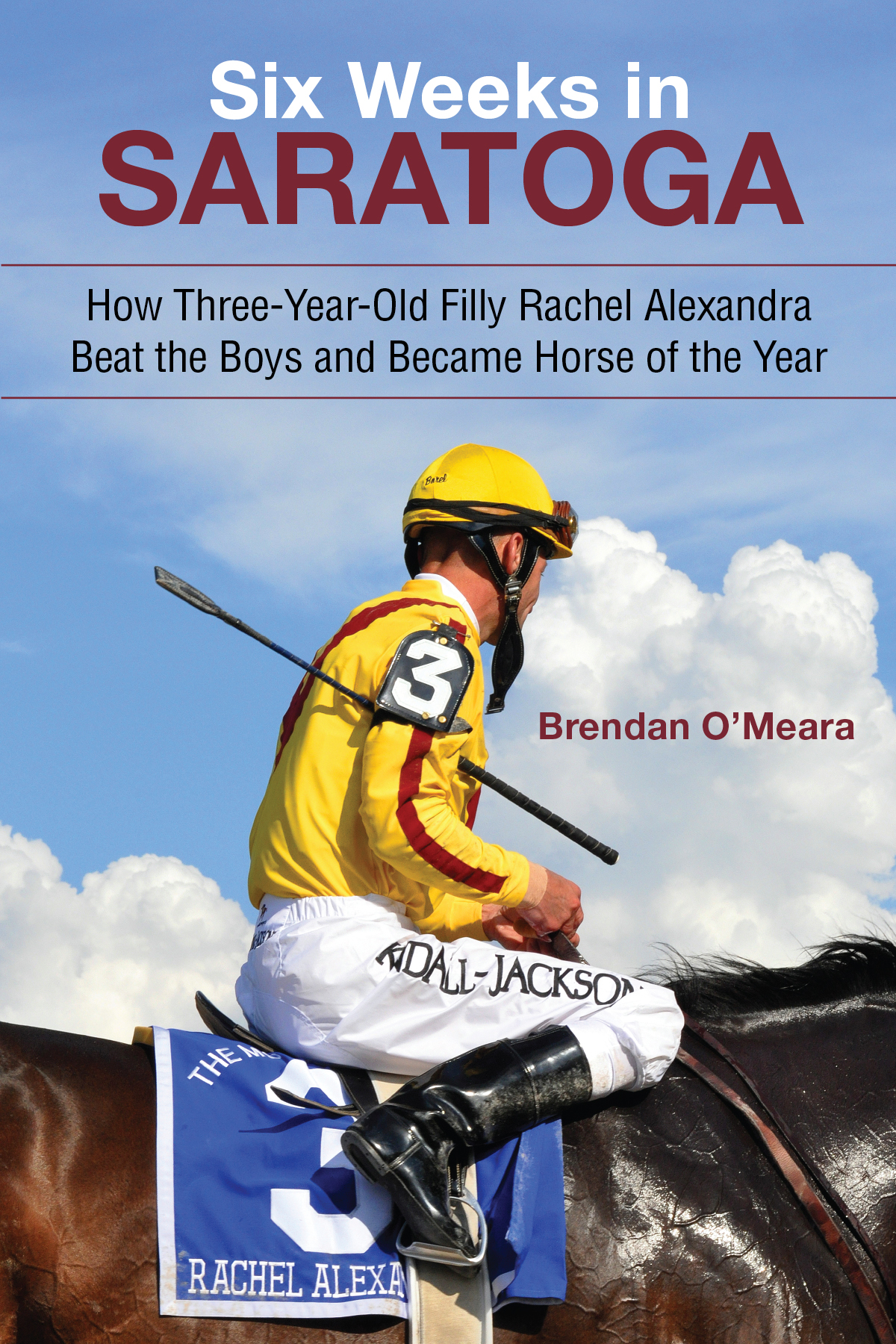