Visit Saratoga.com For Everything Saratoga
Enter Giveaways Advertise
Note: Saratoga.com is not responsible for posts and comments written by non-staff members.
Home  »  Mark Your Calendar!!!  »  National Museum of Racing and Hall of Fame Celebrates Black History Month, and You’re Invited.

February is Black History Month here in the United States, and no other industry owes such a great debt of gratitude to the contributions of African-Americans than horse racing. On February 12th, the National Museum of Racing and Hall of Fame in Saratoga Springs, New York, will present a program that should be of interest to everyone who loves our sport… 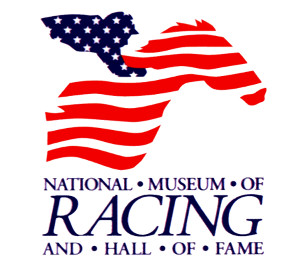 On Tuesday, February 12th, 2013, the Racing Museum in Saratoga will present a program that should capture the hearts and imaginations of every person who loves horse racing–for the history of African-Americans in racing is our shared history, as well. From 1PM ’til 3PM, our minds will be opened, our hearts warmed, as we learn things about some wonderful people who may have seemed like asterisks in the history books.
The contributions of our African-American colleagues must be learned, understood, and honoured, in order for our sport to be whole. For too long, horse racing has seemed to many Americans to be a sport that’s open only to old, White men. Women and minorities may have felt that they (we, for I’m a woman)–are somehow not welcome. Not welcome as active participants, even as fans.
This is not the case: all people are welcome in horse racing, if for no other reason than the fact that horses see no colors or genders–they see only hearts who love them, people who want to know them. Our equine athletes recognize only the gentle touch of a human: whether that human is Black, White, Asian, Middle Eastern, Native American–doesn’t matter to the horse, anymore than they care if the love comes from a woman or a man. 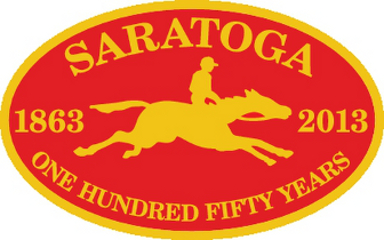 The history of horse racing in America is very much the history of African-Americans in sport: it’s fitting that this program should be presented in 2013, the same year that we celebrate the 150th anniversary of the Saratoga Race Course–America’s oldest race track, the oldest sporting venue of any kind in the United States.
The program that will be presented on Tuesday at the Racing Museum will achieve so much for the forward-growth of our sport here in the U.S. We must learn from our history, and, having learned–move into the 21st Century with a renewed sense of shared purpose and passion for the horses and the sport. I believe–I know–that this program has the potential to achieve more in one day toward growing the fanbase and professional participation of horse racing than all the special events at all the race tracks in America in 2013.
If on February 12th you can get to the National Museum of Racing and Hall of Fame in Saratoga Springs–Union Avenue, right across from Saratoga Race Course–you should make a point so to do. Make a day of it: enjoy the program from 1PM-3PM, and dine in Saratoga before or after. Come away from your day in Saratoga with a renewed passion for horses and horse racing–and join those of us who strive to fully integrate this sport, this passion, this obsession, this sport that knows no boundaries.
The only true borders in horse racing are those that are artificially-created, by humans. And we in the sport are doing our best every day to tear down those walls. Thank you for loving horses and racing, and for joining this joyous celebration of our African-American colleagues, to whom we owe so, so much.
The official press release from the Museum, and contact info, reads thus:
SARATOGA SPRINGS — The National Museum of Racing and Hall of Fame will present a special program entitled “African-Americans in Thoroughbred Racing” to celebrate Black History Month on Tuesday, Feb. 12 from 1 to 3 p.m. at the Museum. The program is free and open to the public.
The program will begin with a guided tour of the Museum that will highlight the history and significant contributions to the sport of Thoroughbred racing by African-Americans. Karen Wheaton, the Museum’s education curator, will lead the tour.
The tour will be followed by a presentation and discussion in the Hall of Fame gallery about the African-American jockeys and trainers who are enshrined in the Museum’s Hall of Fame. The Hall of Fame discussion will be led by Allan Carter, the Museum’s historian, and Jim Melia, a research assistant at the Museum.
Contact Karen Wheaton at (518) 584-0400 ext. 118 for additional details.
Check our Web site at http://www.racingmuseum.org