Visit Saratoga.com For Everything Saratoga
Enter Giveaways Advertise
Note: Saratoga.com is not responsible for posts and comments written by non-staff members.
Home  »  People You Should Know in Racing  »  NYRA Gallops in the Right Direction: Eric Wing is in Da House.

When Dan Silver left his post as Director of Communications & Media Relations at NYRA (New York Racing Association) last October, I was devastated.

I love Dan: over the years he’d become a valued colleague and trusted Friend–a *genuine* 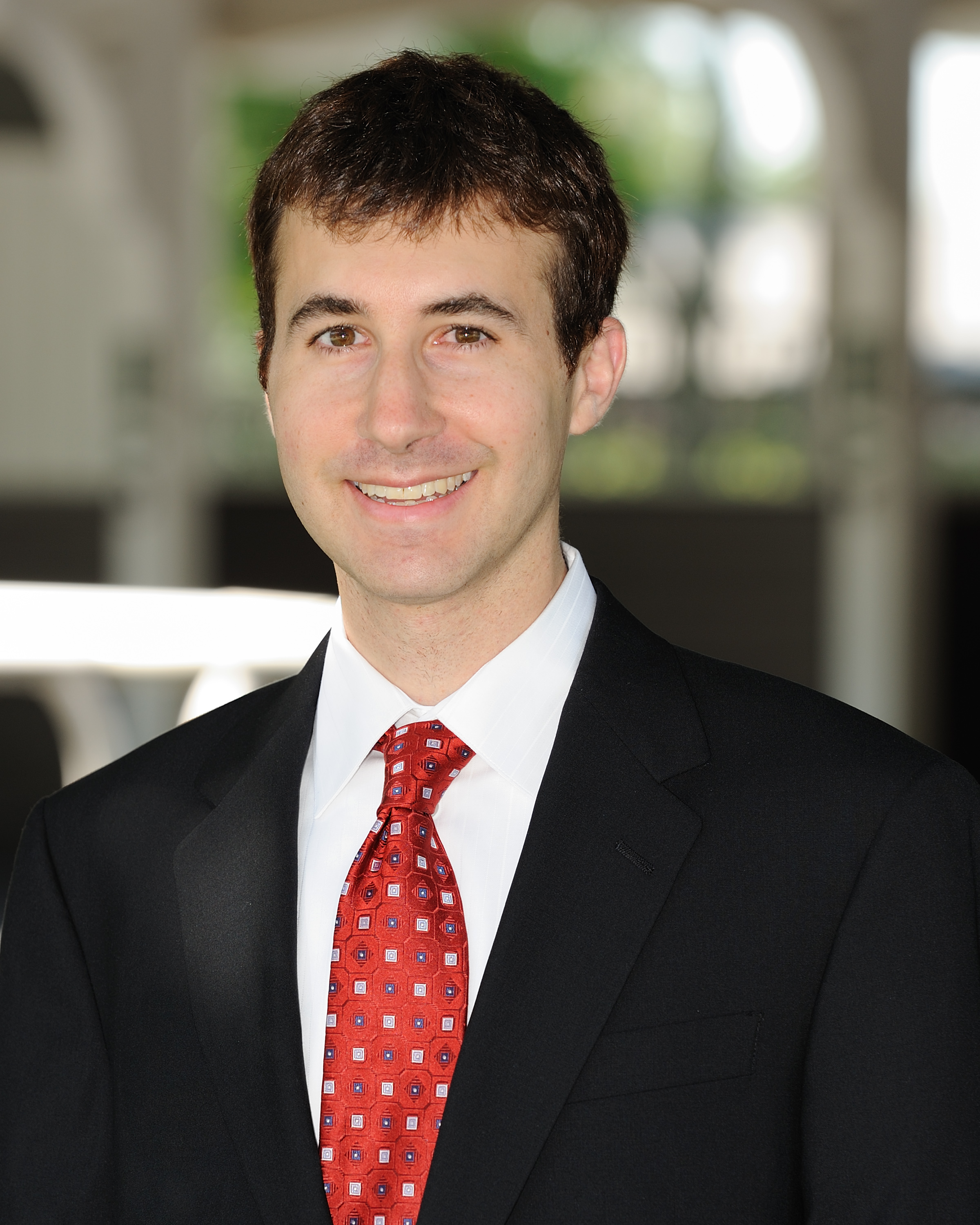 Friend, the kind you count on your fingers. Dan was someone on whom I knew I could depend, a man of his word. His move to Penn National to take the job, Director of Racing Operations, was a great move for him, no doubt. Holding a Master’s from the renowned University of Arizona Race Track Industry Program–Dan infused kindness and professionalism into his job at NYRA. I’m sure he’s doing great guns for Penn. Communications is one of those departments that can be cold and harsh. Too many horse racing admins, in far-too many organizations, shut the doors to their offices, coming out only when someone “worthy” enters the suite.
Not Dan. Dan is approachable, intelligent and open, and always is true to his character, at work and outside his offices. I always smiled when I saw him, knowing that he respected me as a professional, and genuinely liked me as a person.
Doing business is so much easier when both parties set the tone for a relaxed relationship.
For this reason, my first thought when I read Dan’s resignation press release was:
I cried.
My second response: “Ahhhhhhhhh…crap.”

Dan’s departure from NYRA left me with deep apprehension about the future of the organization, itself. You see, my fears grew first from experience: The wrong person in that job could provide great, big buckets of grief for those of us who need accurate information and good relationships with the communications office. Rather than working with the media to inform, educate and inspire the outside world–a great divide could be dug by the wrong person. Ashley, Charlotte and the troupe all are great–but if a jerk took over as their leader, Life could be miserable for them, and for everyone involved.
It was entirely possible that we, the media, faced the prospect of coming to fisticuffs at every turn with a communications director who made life difficult for us every chance s/he got. (Yes, of course that idea flies in the face of reason–and yes, you would think that cooperation is the name of the game. (But how many times have you called the “Customer Service” number of a utility? I rest my case.)
Of all offices that would suffer if a big, gigantic ego sat in the director’s chair–Communications is that place.
Some people, as you know, are on power trips. They make life rough for you simply because they can.
Such a person in the role of Director of Communications & Media Relations at NYRA could spell Disaster, with a capital D, for the organization. The communications director of any organization is the voice and face of the company, and if the face is ugly, irascible, unapproachable and just plain mean–that is the picture of the soul of the company that comes across. . Even if it’s not the truth.
Media people who are treated poorly let the whole world know about it. Not known for being magnanimous. It’s our jobs–to write, broadcast, post, publish, podcast–information.
While good news travels like a snail, bad news moves like bacteria.
A lousy attitude coming from the top of the communications office gives media people ammo with which to shoot down the company.
So I was nervous. I was convinced that NYRA’s new Board–the Board that features only ONE woman, FYI–that NYRA’s Board would hire an idiot from Lexington Avenue in New York City. That they’d bring in a suit who knows how to sell shoes, but is clueless about horse racing.
You know, the stereotypical male, middle-aged, killer-marketing-strategist-at-Walgreens-but-never-has-seen-an-actual–HORSE kind of person. (The sort of person who absolutely begs to be the object of jokes. The kind I want to instruct, “Here, Bill…that’s good…stand right there, behind the horse…”)
Of course I’d hoped that they’d bring in a woman to fill this job. (It does make me happy, though, to report that NYRA has a higher-than-average number of women in administrative positions.. In the world of f!lly Magazine, that’s absolutely f!llylicious.)
But the majority of those women were hired long before the new Board took over–and given the fact that only ONE woman serves on the new, hand-picked Board–well, I’m appropriately concerned about the new Board’s attitude toward my gender, in general. Women in horse racing–and f!lly Magazine–need NYRA to “get” us, and to continue the good trend of women at the helm of a big chunk of their horse racing show.)
So it was with good reason that I had doubts about the next head honcho in the Communications office. If that person was difficult, or outright anti-women-in-racing…f!lly wouldn’t be the only one suffering some damaging consequences.
So last wek, as I was starting to count down the days ’til Opening Day at Saratoga–and before that, to the Belmont–there arrived a press release from Ashley (Herriman), in the NYRA press office. The email’s subject line read,
NYRA Names Eric Wing Director of Communications & Media Relations
I yelped, actually. My cat looked up–she thought I was speaking Dog. I yelped, then laughed out loud–a rush of positive thoughts swirled through my head, the most important being that All is well with NYRA. 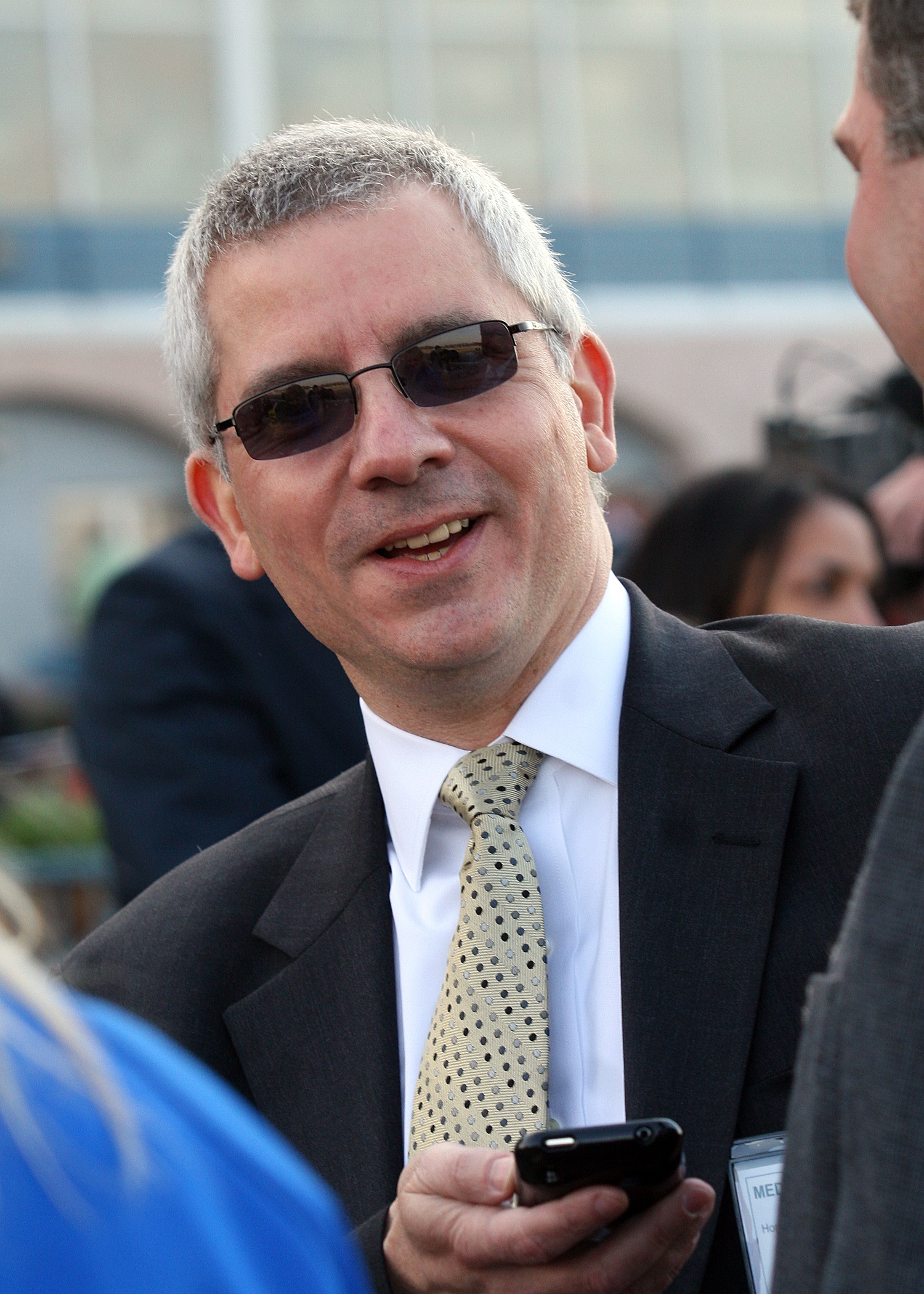 I didn’t even read the release–just the subject line. I called Eric and fairly screamed at him,
“Congratulations!”
Then I gushed something about how HAPPY I was that he’d been chosen for the job. How relieved that he wasn’t an idiot–let me rephrase that–relieved that NYRA hadn’t hired a marketing wonk who doesn’t know a fetlock from a furlong.
No, no, NYRA had hired a professional who’s an actual horseman AND a communicator–a wonderful writer in his own right.
For the record–and for those of you who don’t know Eric Wing, some background:
He’s coming to NYRA from his job at the NTRA (National Thoroughbred Racing Association), where he’s served well as Senior Director of Media Relations since 1999. (Fourteen years in any job is an achievement in this economy–to work that long and not just take up space at your desk–actually to achieve stuff–is monumental.) While at the NTRA, Eric achieved, created and did. He took the job and grew it. The next person in that office will have some mighty big horse shoes to fill.
Prior to his position at NTRA, he was an Editor at the world famous Reader’s Digest for 13 years. An actual editor, which indicates that he had to be a writer first. (Wow, 13 years at RD, then those years at NTRA–how the heck old IS he? He must be a vampire, because it seems that he’s centuries older than he looks. I hate him.)
I digress.
And of course I’m delighted that Eric Wing is an Alumnus of Dartmouth. This is just a personal note. I like it that there’s an Ivy League grad in the office–too many people outside racing assume that we all speak in “dese, dem and dose.” An Ivy guy will be a refreshing surprise for many, those for whom incorrect stereotypes thrive–like filmmakers in Hollywood.
I’m also delighted that there’s a Dartmouth man in the office because I graduated from Mount Holyoke. Mount Holyoke and Dartmouth are sister/brother schools, a straight line up Route 91 in the Pioneer Valley. We never met at MHC/DC parties–we never played Quarters together–never stole Harvard’s mascot in a vodka-fueled moment of insanity–but still it’s rather like having a brother in the house.
Honestly, I can’t tell you when exactly Eric and I met, but I’d say that probably we’ve known each other since 2005. He’s not a friend whom I’d call if my cat got sick–but still I consider him to be a friend in racing. (Horse racing is a big family–and those of you who know, know–but even so, there are degrees of relationships within that family.)
In the years since we met, I’ve observed that he tries always to accommodate. He’s helped me myriad times, professionally and once–personally. Whether I needed information, insight or a photo of Alydar for the casket of dear friend who’d died–he always came through. He takes his job seriously, and gets what you need, whenever he can.
Yep, so I’m excited for him, truly. I know he’ll excel–even when he wants to tear out his hair.
Trials always make us better.
I’m thrilled for those of us who strive in the media, not only to cover the news but to make it interesting and creative. Eric will be there to facilitate, and make our jobs easier.
And most of all, I’m happy for NYRA, who brought on a gentleman and a scholar. Wingman knows horses, he knows racing, he’s emotionally involved with this sport. NYRA’s relationship with the world will be in the hands of a man who’s capable, intelligent and graceful.
With someone this well-rounded; thoroughly entrenched and passionately involved in the sport–this situation is a triple dead heat. We all win-win-win. Thank you, NYRA and congrats, Eric. See you at the rail.
Photo of Dan Silver courtesy of NYRA/Adam Coglianese.
Photo of Eric Wing courtesy of NTRA.