Advertising in the western world focuses (way too often)–less on the product and more on catering to the puerile cravings of 15-year-old boys. I’m embarrassed by the American advertising community: I believe that, of all the nations of the world, American advertising is more likely to exploit women than ads from anywhere else. It’s a sad statement, but the empirical evidence indicates that it’s true.

Case in point: check out the adverts during the Super Bowl, every year. Same old, same old: beer. Boys. Chicklets, scantily clad. All geared toward carving teen-age boys into men whose brains and hormones are stuck in a very sleazy, undesirable place.
One of the few exceptions to this is the Budweiser ad that features their magnificent Clydesdales. Every year, Budweiser produces an ad that makes us choke up, and love those horses all-the-more. No one would dare drape a half-naked woman across the back of a Budweiser Clydesdale. Even though Budweiser has other ads during the Super Bowl and thereafter that feature the aforementioned chicklets–they leave the Clydesdales out of the smarmy mess.
Horse racing seems to be the one sport that’s promoted, by-and-large, without pandering to the lowest element. The Bessemer Trust and Longines come to mind when I think of beautiful, horse-centric ads. For this I am grateful:
it’s absolutely unnecessary to diminish women in order to sell ANYthing, don’t you think?
Bessemer Trust and Longines create ads that rise far above the concept of mere advertising. Their ads are Art.. 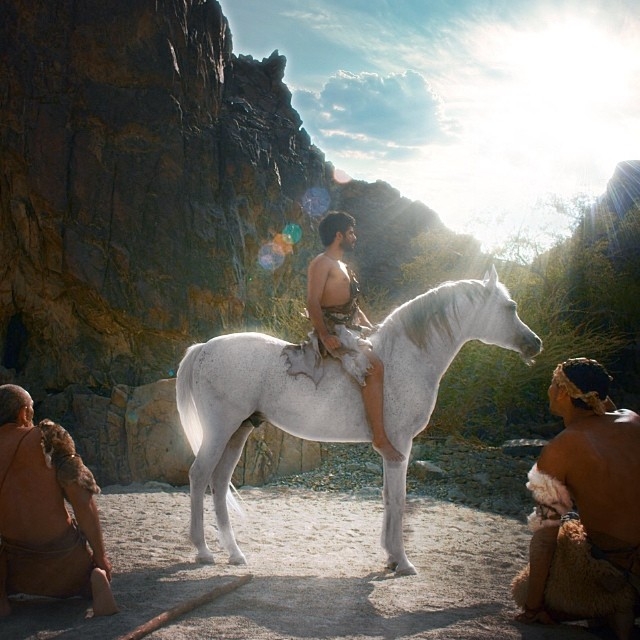 With this in mind, I’d like to draw your attention to an ad that’s just been released, and it’s…well, it’s beyond beautiful. It’s magnificent in its scope–it’s high Art.
I write of the official film promoting the Dubai World Cup. In case you live on Mars and aren’t aware of the Dubai World Cup, it’s the world’s richest series of horse races. A magnificent day and evening of racing at the gorgeous spaceship that’s known as Meydan Race Course in Dubai. The “big race,” the Dubai World Cup, itself, offers a purse of $10 million. Yes, you read that correctly: Ten-million dollars. (The Dubai World Cup takes place every year on the last Saturday in March: this year, March 29.)
So it’s only fitting that the official film that touts this extraordinary day of racing should be the highest level of filmmaking in the world. And it is.
A little history: in 2012, I received an email from a pal in Arabian horse racing. The email contained the URL for the 2012 Dubai World Cup advert. My pal was excited because the ad featured Arabian horses, and it was gorgeous.
I watched the video,and wept. It was the single-most magnificent ad for horse racing that I’d ever seen. Check out this URL–see for yourself. (Crank up the volume–feel the power of the music, the pounding of hooves and the horse neighs):
https://www.youtube.com/watch?v=YAqD5_WH7wo
I was absolutely enraptured--I’d never felt a horse racing advertisement like this before. Or ANY ad, for ANY industry. 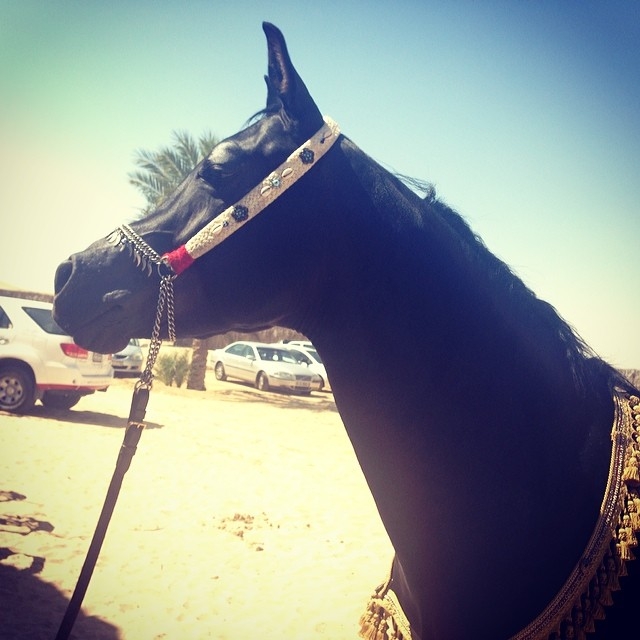 I had to know more.
One thing led to another, and I tracked down the soul–the genius–behind this piece of art, cleverly disguised as an advertisement. That visionary was a gentleman named, Fadi Izzaldin, the Head of Creative Services at Dubai Media, Inc.
Fortunately for me, Mr. Izzaldin didn’t think I was a whack-job, or a stalker. We began exchanging emails, and became friends. Mr. Izzaldin became, Fadi. And I, a star-struck horse lover, came to realize that he loved and knew horses just as much as I. (And I thought that was impossible.)
I’ve carefully watched his work for DMI over the last two years…and now, he’s outdone himself. 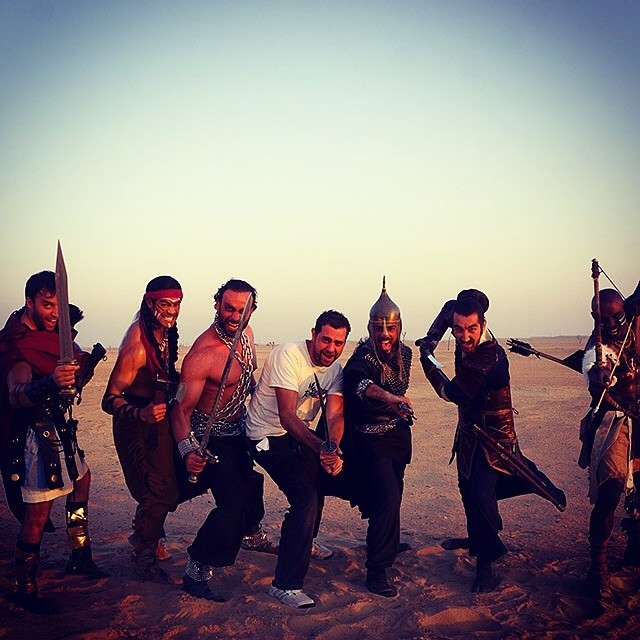 I won’t go on and on about this advert–you must watch it for yourself. Please note, though, that the five heroes at the end of the film symbolically represent all the ethnic groups on Earth. Five heroes, all points of the planet,coming together with their horses, to build, renew, defend and work together for The Common Good. 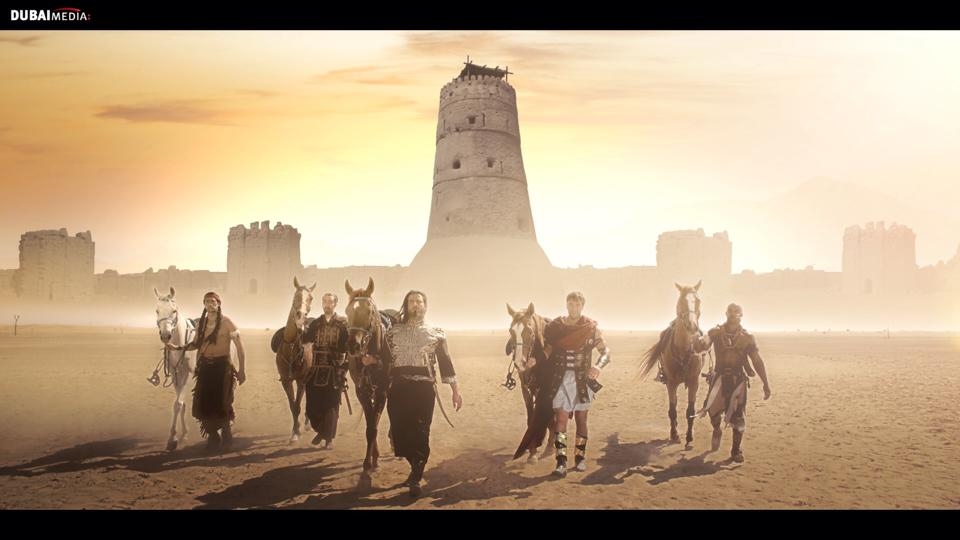 That’s all I’m going to write about it–I want you to watch it, and become a fan of Fadi Izzaldin–of Dubai Media, Inc.–of the Dubai World Cup–and of the concept that YES, advertising can be uplifting, beautiful Art that neither exploits women nor caters to the lowest element in society.
Advertising CAN be Art,and no where is it more elegantly, eloquently, magnificently demonstrated in this, the best two minutes and change that you’ll spend watching YouTube this year.
Enjoy–be blessed!–be touched. 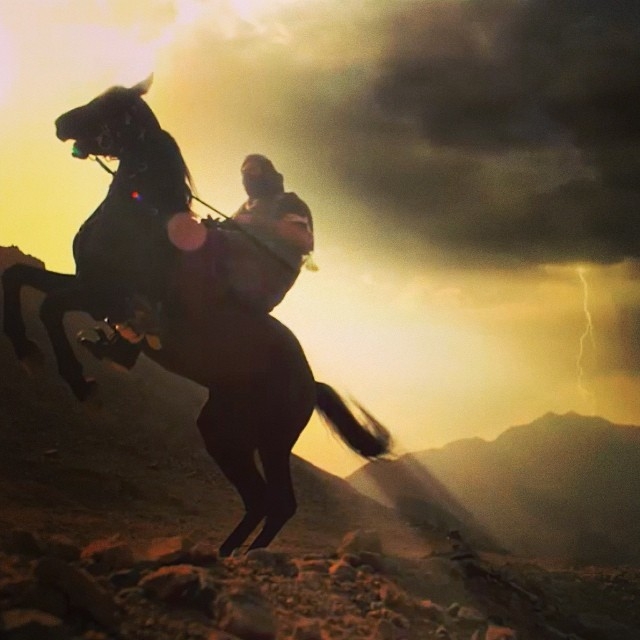 And, while you’re at it–think about the possibilities.
The Horse, as Fadi shows us so powerfully, can lead the way to humans working together. The world doesn’t have to be divided: horses and their humans can show the way to world peace. Let there be peace on Earth, and let it begin with horses–with us, the horsepeople of the world.
This, I believe, truly.
Photos courtesy of Dubai Media Inc.