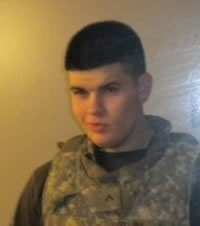 SARATOGA SPRINGS - David Taylor Miller, a 19-year-old local soldier serving with the U.S. Army, was killed by a suicide bombing on Monday, June 21, 2010 when he and another soldier were on security check points in the province of Kunar in Afghanistan. His family was notified of his death the following morning.

The Saratogian reports that Miller was a marksman with the 101st Airborne Division. He will be laid to rest in Arlington National Cemetery later this week.

Family, friends and community all mourn the loss of this local hero. This year's 4th of July celebration in Saratoga Springs will be dedicated to Miller.