Come Together For Kaitlin

A Mother's Plea To Help Her Daughter Fight Batten Disease

Kaitlin Bowman, a beautiful young girl from Corinth, NY, is just like any other child her age. She loves story time, My Little Pony, coloring and laughing.

But there is one big difference. 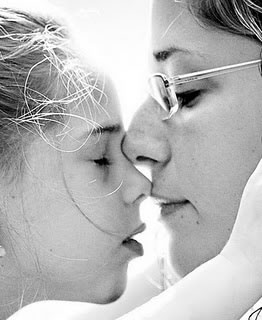 Born in August 2005, Kaitlin started out as a very healthy, normal infant with no warning signs that anything was wrong. But shortly after she turned 3 years old, Kaitlin suffered a grand mal seizure.

Upon examination at the hospital, doctors assured her mother, Becky Bowman, that Kaitlin's seizure was normal and nothing to worry about.

But over the next few months, Becky began noticing Kaitlin falling down frequently. Convinced there was more going on, she took Kaitlin back for a closer examination, where they diagnosed her with a form of epilepsy.

In searching for treatments, Becky soon received the most heartbreaking news of her life. She learned her daughter had this rare genetic disease that was expected to take her life at just 10 years old, Batten disease.

The next few years were difficult for Becky, in and out of the hospital, watching her daughter lose the ability to walk, talk, feed herself and do almost anything without assistance. She started up a nonprofit organization: Come Together For Kaitlin to raise funds and awareness for Kaitlin, and she has unwavering hope that her daughter will be the first to beat Batten disease.

But she needs your help! Throughout the year, Come Together For Kaitlin holds small fundraisers, and one large benefit each year at the end of August at Eagles Club in Saratoga. Get details on the annual Come Together For Kaitlin benefit here, and check our events calendar for upcoming fundraisers. The funds are used toward clinical research and equipment needs. Donations and wrist band purchases can also be made online.

To learn more about Kaitlin's story or to make a donation, visit ComingTogetherForKaitlin.blogspot.com.