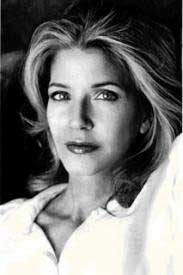 Bushnell is the author of best selling books, Sex & the City, Lipstick Jungle, Trading Up, and Four Blondes. Outside of the wild success of the Sex & the City TV and movie series, Bushnell has also received the 2006 Matrix Award for books and the Albert Einstein Spirit of Achievement Award.

Askegard joined the American Ballet in 1987 and quickly became a soloist by 1992. In 2002 he danced in the Live from Lincoln Center broadcast, "New York City Ballet's Diamond Project: Ten Years of New Choreography" which aired nationally on PBS. Since then he has been appearing as a guest dancer and has worked with renowned dance companies across the world.

The Ballet Gala will include a special performance by New York City Ballet, fireworks, and dancing to live bands on the lawn. Tickets to the black-tie Gala, include the champagne cocktail party, banquet dinner, prime seating for the ballet performance and admission to an after party.

Schedule of the Night's Events:

Immediately following:: Fireworks Display and an after party with live music and dancing.